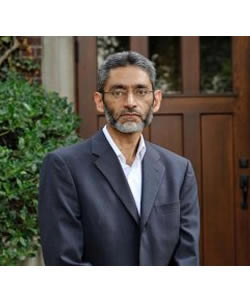 Muhammad Qasim Zaman is the Robert H. Niehaus '77 Professor of Near Eastern Studies and Religion at Princeton University, as well as the chair of the Department of Near Eastern Studies. Prior to coming to Princeton, he taught at Brown University from 1997 to 2006. He is the author of Modern Islamic Thought in a Radical Age: Religious Authority and Internal Criticism (2012), Ashraf Ali Thanawi: Islam in Modern South Asia (2008), The Ulama in Contemporary Islam: Custodians of Change (2002), and Religion and Politics under the Early Abbasids (1997). He is also the co-editor of Schooling Islam: The Culture and Politics of Modern Muslim Education (2007, with Robert W. Hefner) and Princeton Readings in Islamist Thought (2009, Roxanne L. Euben). He has a Ph.D. from McGill University.