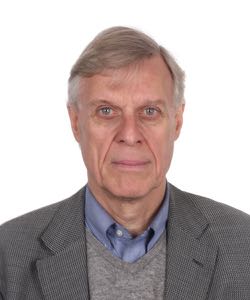 Philip Sheldrake is a Senior Research Fellow in the Cambridge Theological Federation (Westcott House) and director of the Institute for the Study of Contemporary Spirituality at the Oblate School of Theology (Texas). Previously Leech Professor of Applied Theology at Durham University, he earlier taught at Cambridge and London University. He has taught and written extensively on Christian spirituality, the nature of space and place in religion, the urban, and spirituality more generally; Sheldrake is past president of the international Society for the Study of Christian Spirituality. He has written or edited 15 books, translated into several languages, including The Spiritual City: Theology, Spirituality, and the Urban (2014), Spirituality: A Brief History, Second Edition (2013), and Explorations in Spirituality: History, Theology and Social Practice (2010). He is a Fellow of the Royal Society of Arts and Fellow of the Royal Historical Society. He trained in history, philosophy, and theology at the universities of London and Oxford—which granted him a Doctor of Divinity degree in 2015.