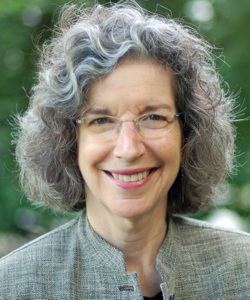 Riv-Ellen Prell, an anthropologist, is Professor of American Studies at the University of Minnesota where she is affiliated with the Center for Jewish Studies and the Department of Gender, Women's and Sexuality Studies. Among her publications are Gender, Class and Jewishness: New Approaches to the Study of Identity (2011), Fighting to Become Americans: Jews, Gender, and the Anxiety of Assimilation (1999), and Prayer and Community: the Havurah in American Judaism (1989). Her edited volumes include Women Remaking American Judaism (2007) and Interpreting Women’s Lives: Personal Narratives and Feminist Theory (1989). She is also working on a forthcoming book on Jewish youth, cultural citizenship, and the post-war period in the United States. Prell holds a BA from the University of Southern California and a MA and PhD from the University of Chicago.