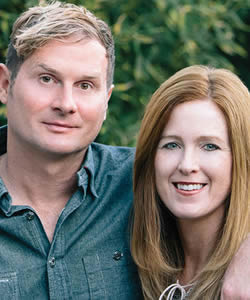 Rob Bell is host of the Rob Bell Show on OWN, as well as a bestselling author and international teacher and speaker. His books include The Zimzum of Love: A New Way of Understanding Marriage (2014), What We Talk About When We Talk About God (2013), Jesus Wants to Save Christians: A Manifesto for the Church in Exile (2012), Love Wins: A Book About Heaven, Hell, and the Fate of Every Person Who Ever Lived (2011), Sex God: Exploring the Endless Connections Between Sexuality and Spirituality (2007), Drops Like Stars: A Few Thoughts on Creativity and Suffering (2009), and Velvet Elvis: Repainting the Christian Faith (2005), and he was profiled in the New Yorker and TIME Magazine, who named him one of 2011’s hundred most influential people. He was the founding pastor of Mars Hill Church from 1999 to 2011. Bell holds degrees from Wheaton College and Fuller Theological Seminary.