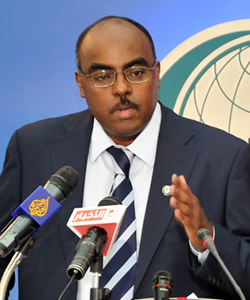 Ambassador Tarig Ali Bakheet is the director general of the Department of Political Affairs at the Organization of Islamic Cooperation (OIC). He joined the Sudanese foreign service in 1988 and has served in different capacities within the Ministry of Foreign Affairs in Khartoum and in Sudan's Diplomatic Missions in Lagos and New York. In addition to the OIC, he has worked with several intergovernmental bodies, including the Arab League and the African Union. He has also participated in ministerial and summit-level meetings of the Non-Aligned Movement, General Assembly Sessions of the UN in New York, the Human Rights Commission, and Human Rights Council Sessions in Geneva. He joined the OIC in 2004 as a director in charge of cooperation with international organizations and has represented the OIC in many international and regional meetings. He was appointed director general in 2015.