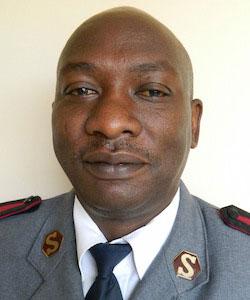 Major Thomas Musyoki is the education secretary of the Kenya East Territory of the Salvation Army. He completed his degree at the Officer’s Training College of the Salvation Army in 1996. Serving the Salvation Army for nearly 20 years, he has completed ten different appointments including at the Corps level, at the district headquarters, and finally at the territory headquarters. Throughout his career, Major Thomas has been dedicated to serving God and helping youth which has led him to his current position as education secretary. His current responsibilities include overseeing the Army’s nearly 400 schools in the Kenya East Territory.