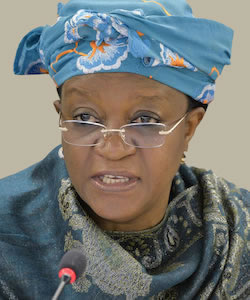 Zainab Hawa Bangura has served as United Nations Secretary-General Ban Ki-moon’s special representative on sexual violence in conflict at the level of under-secretary-general since 2012. Prior to this, Bangura was the minister of health and sanitation for the government of Sierra Leone and previously served as the minister of foreign affairs and international cooperation, including chief advisor and spokesperson of the president on international issues. Bangura has worked to develop national programs on affordable health, advocated for the elimination of genital mutilation, managed the country’s Peace Building Commission, and improved relations with the international community. Bangura is a former fellow of the Chartered Insurance Institute of London, possessing diplomas in Insurance Management from the City University Business School of London and Nottingham University. Bangura received her bachelor’s degree from the Fourah Bay College at the University of Sierra Leone.