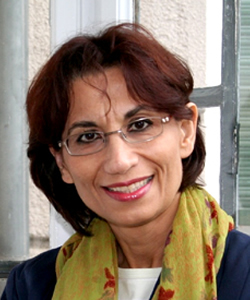 Ziba Mir-Hosseini is a professorial research associate at the University of London's Centre of Islamic and Middle Eastern Law, as well as an associate member of the Centre for Iranian Studies. A legal anthropologist, her work focuses on Islamic law, gender, and development. Her publications include: Men in Charge? Rethinking Authority in Muslim Legal Tradition, edited with Mulki Al-Sharmani and Jana Rumminger (Oneworld, 2015); Control and Sexuality: The Revival of Zina Laws in Muslim Contexts (2010, with Vanja Hamzic); Islam and Democracy in Iran: Eshkevari and the Quest for Reform (2006, with Richard Tapper); Marriage on Trial: A Study of Islamic Family Law in Iran and Morocco (1993/2002); and Islam and Gender: The Religious Debate in Contemporary Iran (1999). She is also co-editor of Gender and Equality in Muslim Family Law: Justice and Ethics in the Islamic Legal Process (2013). Mir-Hosseini is a founding member of Musawah Global Movement for Equality and Justice in the Muslim Family. She holds a B.A. from Tehran University and a Ph.D. from the University of Cambridge.