A Tale of Two Systems and Societies 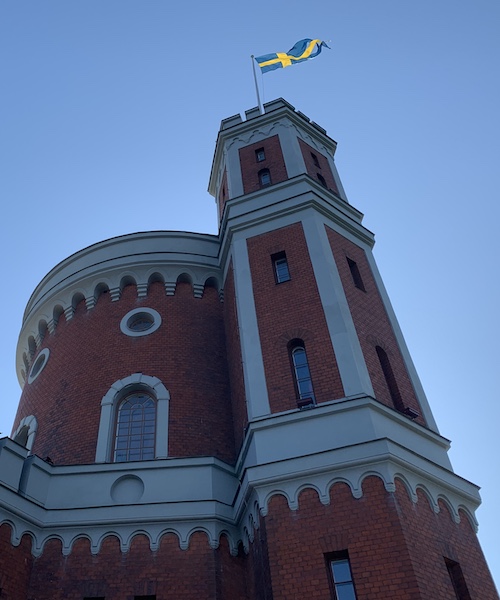 To fully encompass the complexity of experiences I have had in Sweden, I must first state an obvious generalization: The welfare state impacts all aspects of Swedish society. This seems to be an assertion that does not require any more explanation, but I would argue that its nuances and endless applications necessitate more depth. In addition, by living within this welfare state while also learning about it in a variety of disciplines, the way I process the world and its immensity has drastically changed.

Sweden requires high taxes from its citizens and workers and in return provides universal public healthcare, free education, generous parental leave, and many other benefits. Many of the Swedes I’ve talked with about this system are quick to provide caveats and complaints—namely about the healthcare system—but ultimately, every Swedish citizen is able to access these benefits. This eliminates the exclusion and inequality that is an inevitable side effect of capitalism and is too often seen and experienced back in the United States. In Sweden, if an elderly family member gets sick, welfare will provide them with low-cost, adequate care, and housing if necessary. If a lower-income student is admitted to Stockholm University, they can attend for free and apply for a low-interest loan to help subsidize the cost of books and housing.

While both learning about and observing the welfare state, it is impossible for me to not compare it to my experience and knowledge of the United States. Parental leave in Sweden is contrasted with U.S. policies of unpaid maternity leave and no paternity leave. Universal healthcare is juxtaposed with an expensive and exclusive private healthcare system. Free quality education conflicts with the inherent privilege that comes with being accepted to and attending a university such as Georgetown.

In recent weeks, I have been unable to stop thinking about the infinite ways in which this system and its focus on equality has formed how Swedes think, act, and view the world. For example, my neurology class had a field study to a neurology outpatient clinic this week. The clinic itself was bright and fairly new. We examined a Parkinson’s patient, and he was incredibly open and kind. Afterward, the doctor explained how in general, patient attitudes are far different in Sweden than in the United States. Swedes trust the healthcare system, and thus, trust its doctors and nurses.

Another example that highlights both healthcare and politics is how Sweden approaches the topic of abortion. In Sweden, abortion is simple. It is a right guaranteed to all individuals that can get pregnant and is included within its universal healthcare system. Every political party supports abortion, even the right-wing Swedish Democrats. Abortion is uncontested and accepted. A woman’s right to autonomy and complete control over her own body is an inherent facet of the welfare state, and thus, Swedish society. Women are viewed as equal and independent contributors to this welfare state. In comparison, abortion is arguably the most polarizing and charged debate within the United States, and many states are infringing on the right to an abortion as I type this post.

Where does this leave us? How do I return to the United States with optimism, explicitly knowing many of the ways in which our society is lacking? My studies in gender and equality predisposed me to prefer an anti-capitalist welfare state even before I arrived in Sweden, and my time here has only strengthened my convictions. The Swedish government, regardless of what parties are in power, supports and enhances a system that is inherently socialist, thus providing a stark contrast to the current debates, divisions, and disparities we experience in the United States. My privilege allows me to have a fairly ease-filled life in the States, but it is not without knowing that my life is the exception, not the norm. I hope that we move towards a more inclusive and equal system, but my hope is met with equal parts skepticism. My biggest goal is to become an OB/GYN, but with that, I want to be an OB/GYN who can care for my patients fully, granting them abortions if that is what they choose. I yearn that we as a society can move toward this, in addition to other forms of equality and welfare. I hope that, in many ways, we become more Swedish.