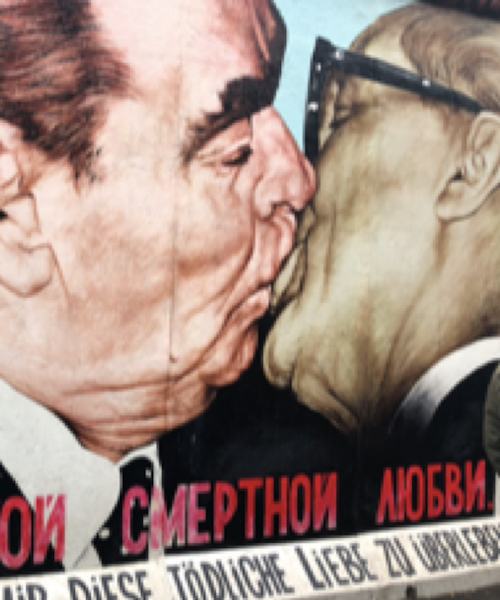 Many of my friends immediately think of Barcelona as a “party city.” With its mild seaside weather, tapas restaurants that stay open past midnight, and vibrant nightlife scene, I don’t blame them. However, what they don’t realize is that this culture of free-spiritedness—also seen through the city’s frequent (and recent) political demonstrations—has been influenced by Franco’s authoritarian regime that still ruled over Spain only 45 years ago.

During the Franco years in Spain (1936–1975), Spaniards lived in a society dictated by Franco’s oppressive regime of authoritarianism, extreme nationalism, and Catholicism. While Franco was not a Fascist, Francoist Spain could be described as semi-Fascist as he sought to create a sense of national pride by ensuring that all activities, especially labor, were done to benefit the state. In many ways, the repercussions of Franco’s authoritarian regime are still evident in Spain. As a fairly young democratic parliamentary monarchy, there is still a sense of public mistrust of politicians, exemplified by four elections in the past four years following accusations of party corruption. As a consequence, political manifestations and strikes occur frequently in Spain as a response to political unrest, as seen in the past few months in Barcelona. The effects of Franco’s regime appear to have also manifested themselves socially through the country’s substantial underground economy and history of drugs and prostitution. One of my university professors suggested that the underground economy, officially recorded as nearly 20% of Spain’s GDP, is a result of Franco’s regime as it prompted the desire to take advantage of newfound freedom following the end of his regime. During Spain’s transition to democracy, many politicians, particularly Enrique Tierno Galván, the mayor of Madrid from 1979 to 1986, were criticized for turning a blind eye to the city’s growing drug and alcohol problems in an attempt to create a liberated España Moderna.

Spain, of course, is not the only European country with an authoritarian history. I recently visited Berlin, Germany, and was surprised by the sense of rebellion that embedded itself in the city’s culture. For instance, one of the most famous murals found at the city’s famous East Side Gallery which covers the Berlin Wall is “The Fraternal Kiss,” which shows Leonid Brezhnev and Erich Honecker, previous leaders of the Soviet Union and East Germany, kissing. This mural is inherently provocative and successfully encompasses the sentiment of liberation that followed the fall of the wall in 1989. Similarly, nightclubs in Berlin have gained international recognition as a result of their fetishes, nudity, and sexual themes. Like in Barcelona, it seems as if this spirit of unfettered freedom and slight rebellion, could be correlated to the city’s history of division and oppression. While visiting, I found it especially interesting how East and West Berlin could be clearly distinguished based on the East’s homogenous and bleak looking architecture which was enforced by Stalin in the remodeling of the city, and the West’s more traditionally German architecture.

I find it fascinating that the effects of these two distinct authoritarian regimes can still be seen in modern culture through a form of self-expression that seems exaggerated and overly free. In terms of why these consequences are so long-lasting, I would argue that the duration of rebellion is highly correlated to the length of the regime or set of laws that it reacts to. The implications of the legacy of Franco in Spain and the Berlin Wall in Germany are crucial to understanding both countries as they shaped (and oppressed) popular culture for many years. In the end, when we actually acknowledge the length and recency of both periods, it begins to make sense why aspects of these counterculture movements are still so pronounced in Spanish and German modern culture.