Confucianism came to prominence in the Korean peninsula in the fifteenth century. This philosophy shaped Korean society and dictated political action for hundreds of years. Despite Korea’s increasing Westernization and the wide-spread popularity of Christianity, this traditional philosophy’s influence is still apparent today.

Confucianism is a major factor in creating the collectivist mindset that pervades the East Asian region. Particularly in Korea, all social interaction is dictated by the Confucian value of hierarchy. In America, we tend to value individualism and self-reliance. Speaking up and speaking out is valued. In contrast, Koreans consider “good people” to be humble and to follow the rules. The socially acceptable behavior is the behavior which best benefits the group, not the individual.

Since I arrived in the country in late February, I have experienced this cultural phenomenon firsthand in a variety of situations. One of the first questions you ask when meeting someone is “How old are you?” This question is essential in determining how you will interact with this new person. Your role in the relationship is determined by several factors, including age, job, and gender. The role of the senior person in the relationship is to take care of the juniors and lead by example. The role of the junior is to maintain the senior’s good mood and dignity. An example of this dynamic in everyday interaction is going out to eat. We have one classmate who is 19, younger than everyone else. As the most junior in the group, he always passes out the utensils and pours our drinks. Since we’re a group of Americans, we don’t always adhere strictly to these social rules. Sometimes one of us middle range juniors will take over these roles, but rarely will one of the senior members of our group. Those classmates, however, will constantly offer to pay, steer the action of the group, and generally act like wise sages among our misfit group of foreigners.

As fun as it has been to embrace this culture while studying abroad, this hierarchical structure contributes to several societal problems faced in Korea. The Confucian emphasis on men above women has resulted in a pervasive sexism and gender-defined society. Additionally, the responsibility of juniors to obey seniors combined with South Korea’s complex drinking culture can result in dangerous situations. It is considered rude to reject a drink and seen as disrespecting the group atmosphere. Korean office outings often involve drinking large quantities of alcohol, and rejecting a drink from your superiors can have real consequences. Participation in these group outings is essential to developing a successful work reputation, and straying from the collective identity can impact your work relationships.

Despite the negative implications, this hierarchical system is an important part of what makes Korean culture unique. Its modern day influences are rooted in a long history of Confucianism that has influenced every aspect of Korean society for centuries. Ultimately, Korean values are not so much different from the values back at home. Americans value respect, generosity, and friendship just as much as Koreans. In my opinion, the difference between our two cultures is the degree of self-awareness to these values and the effort to implement them in the smallest of actions. 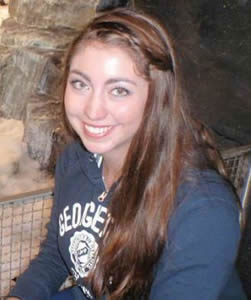 Caroline Yarber graduated from the Georgetown College in 2016 with majors in Chinese and government and a minor in Korean. A Florida native, she spent the fall 2014 semester in Beijing, China and the spring 2015 semester in Seoul, South Korea, blogging for the Junior Year Abroad Network from both locations.