At the turn of the last century Jane Addams and a few kindred spirits led a movement designed to change the social fabric of Chicago where marginalized immigrants suffered exploitative labor practices, inhumane housing conditions, and outright discrimination, to a place where laws protected people in the workplace and at home and cultural differences were celebrated, not despised. Jane Addams bridged the cultural barrier of her upper class background and met the residents she wanted to help by putting down roots in the community. She did this through Hull House, a building that served as a meeting place, art gallery, education and cultural center, and home. The key to the concept was for the activists to live in and be a part of the community they wanted to help.


While society has changed considerably in the last 100 years, many serious issues remain and require the same commitment, innovation, and courage. Georgetown University has a history of living its Jesuit identity in the community by forming partnerships with disadvantaged communities through DC Reads tutoring, the Institute for College Preparation, research on public health disparities, a mobile children’s medical clinic, homelessness outreach, and community-based learning courses, among many other projects.

Georgetown is a good neighbor. What if we put down roots in the community and lived there? Georgetown can create a modern day Hull House where students experience true immersion into the community. Faculty and students can bring the expertise and resources of Main Campus to a permanent home base where racial, ethnic, and cultural differences are honored and Hoyas are a positive addition to the neighborhood through social entrepreneurship, education, and cultural programming.

Our idea is not entirely new. We have met with likely partners in our mission here at Georgetown such as Associate Vice President for Community Engagement Lauralyn Lee, Executive Director of the Beeck Center Sonal Shah, and Associate and Executive Directors of the Center for Social Justice Ray Shiu and Andria Wistler. All have recognized the promise and potential of Hoya House and have provided us with advice and other program models for research. Universities and organizations have been trying to create more paths towards a deeper connection with local communities for many years. The University of Notre Dame has a long-running program called the Summer of Service Learning Program in which students earn the equivalent of a three-credit theology course while working in an agency or parish for eight weeks. Notre Dame Alumni co-sponsor and house the students over the summer, allowing for a symbiosis of deeper connection to both local community and college community. In fact, Georgetown tried to replicate this program a few years ago in DC because of its success. Unfortunately, difficulty finding enough alumni to house the many interested students here led to the program’s end. Outside of university, Jesuit Volunteer Corps and Americorps also have long histories of providing an immersive urban community experience for its members. And here at Georgetown, our Alternative Break Program may be the closest thing to community immersion, with a great reputation of taking students out of our usual bubble. These programs are all notable examples of community initiatives that have brought about meaningful and effective change for many. But while these programs and many more try to meet the needs of both servant and community, for many visitors, that distant feeling of separation from physical and socially constructed norms still remains—when it does not and should not have to.

A few months ago, I visited the last standing true settlement house in the United States, Benton House in Chicago, Illinois. There are many community centers that have adopted the name “settlement house” with the intention that the communities should see them as their neighbors, though the employees do not live in the center as in a true settlement. Benton House volunteer staff have upheld the tradition of living in the settlement house, and as they write: “Live-in staff is a tradition of the settlement house movement, wherein folks participating in social services live where they work and come to understand the needs of the community firsthand.” In other words, in order to truly understand the needs of a community, one must live there. Our goal is not just to serve but to engage, understand, and learn how to make effective change in DC communities from being community members ourselves. Benton House has taken this model and built a community heart that beats with its members. They not only actively ask for requests for programming from the people they serve, but those same people help run the programs and provide the driving force for change in their own communities. If Georgetown students were able to take part in this for a few months to a whole semester, one can only imagine the endless potential. For example, by abiding to the DC statute that restricts the number of unrelated people living within one residence to six, we could have five students living in Hoya House for a semester, one chaplain in residence to provide guidance and security at all times, and open doors daily for Georgetown’s many community engagement initiatives to engage with each other and with the community in our own Georgetown-sponsored space. With each new cycle, programming could change to accommodate the interests of the live-in students, just as a living learning community in a dorm is often driven by those students. As Benton House writes, “The constant evolution of Benton House in recent years is largely attributed to its Resident Staff model. As new residents move in and old ones move out, the passions and skill-sets of Benton House evolve.”

When I have introduced this project to students and professors, many are excited by the idea and want to see it grow. At the same time, however, many often immediately respond: “This would never work because of the security risk.” While such fears are valid to an extent, the very idea that, when travelling just 6-7 miles outside of one’s own physical comfort zone, security must be the first concern indicates several prejudices that must be expelled. Naturally, there is a higher risk of danger in Ward 7 indicated by crime rates. And naturally, the program coordinators and the students of Hoya House will have to consider preserving everyone’s safety before all else. But this "security risk" is not that much higher than that of a single student studying abroad in Jordan or the Dominican Republic, or even that of a young woman walking home alone at 3 a.m. in northwest DC. Yes, safety must be integral to the program, but security issues should not be the only reason such a program should not exist. There’s a risk for students at Georgetown to have views about a section of their community that could be confused for the thoughts of a complete foreigner. This severe disconnect is best explained by an excerpt from “What’s Stopping Social Change?” from the novella Social Entrepreneurship by David Bornstein:

“In societies divided into specialized arenas, career paths are vertical, not horizontal, so preexisting beliefs within fields or industries tend to be reinforced rather than questioned. People are less likely to develop relationships that challenge their world-views or expand their empathy and understanding for other groups. They are also more likely to have significant blind spots. It is an intolerable contradiction that the health sector is the largest source of dioxins and mercury in our food supply and environment. A hospital CEO may have no clue how his or her purchasing or waste-disposal decisions spread harmful toxins. Similarly, an environmentalist might advocate for stronger conservation laws without appreciating the effect of those policies on people’s livelihoods. And law enforcement agencies focus on punishing individual offenders, but rarely take the critical step of engaging their families in the process of rehabilitation. In the United States and Canada today, patterns of separation extend to whole communities. A child growing up in the suburbs may reach college without once encountering a poor person in the flesh. When too many people across society have difficulty taking the perspective of others, polarization and political stagnation result,” (72-73; emphasis mine).

Bornstein highlights the very stagnation our nation wants to avoid but cannot seem to grasp. Through Hoya House, Georgetown students could be the driving force for a new kind of comprehensive and thoughtful civic engagement in our nation’s capital.

A future Hoya House in any DC community outside of Georgetown has endless potential. But the most important element that must be incorporated first is the creation of a concrete bridge between the two communities that serves as a core for both Georgetown’s community service initiatives and the community members who desire our collaboration in creating a better future. As depicted in the one-page flyer for Hoya House, this space could eventually house a research center, a business incubator, or even an innovation hub. It could also house a café, a library, and a recreation center. To make this work, we need to focus this project into what is possible in the near future. The honing in of our vision is the next step to this process, but in order to do that, we need to know what our resources and capabilities are by taking into account those of the university. In order for this to be a Georgetown-driven space, we need your help and input, and students must have a say in the kind of programming they would like to see. The vision of Hoya House is meant to strengthen not just the Georgetown community and one other DC community, but all of DC. If we can make this work, the ramifications could be wonderful. 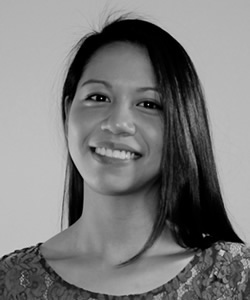 Micaela Beltran is a sophomore in Georgetown College (COL' 17) majoring in Government and minoring in Math. She is director of technology for the Georgetown Development Initiative and a Futures Fellow with the Beeck Center. Outside of Georgetown, she is chief integration officer for the social venture Kaya Collaborative.
comments powered by Disqus
Opens in a new window