How a Culture Dies

Not long ago I had the privilege to visit the Museo Chileno de Arte Precolumbino (The Museum of Pre-Columbian Art) in Santiago, Chile. I have been to many museums in many places, but I found this experience particularly moving, and even somewhat desolating. Traveling from room to room, viewing ancient artifacts so carefully and lovingly crafted by people long-dead, I realized that I was witnessing the remnants of once-vibrant cultures that also were long dead. The artwork and artifacts I was viewing were created by cultures that did not foresee, that probably did not even vaguely envision, their eventual extinction. They were created with a view to their own permanence and continuity. Their presence in that museum was not so much a testimony of their brilliance and ingenuity as of the ultimate fragility of even the most self-confident of cultural organizations.

The exhibits mostly described how the various artifacts and tools were used, or the ways in which various pieces of art or religious icons were made and their significance. I found myself rather wondering what were the causes of the extinction of these once-vibrant and self-perpetuating cultures? Was it Invasion, radical changes in environment, disease, loss of will to continue? How can members of any civilization walk through such an exhibit and not reflect on the seeming invincibility of their own culture?

I teach at Georgetown University, where the level of self-confidence in our own cultural success runs remarkably high. In particular, many of our official pronouncements - echoing those of most elite institutions and organizations - proudly and confidently insist that our future lies in "globalization." Globalization - for lack of a better term - is, in actuality, the building out of a monoculture, a singular culture based upon basic presuppositions of modern political, economic and social theory.

Nature abhors monocultures. Nature abhors them so much that they do not exist in accordance with nature. They would be unknown but for modern man.

A monoculture is a single form of life - or, by extension, a single culture - that exists over a large expanse of space, even globally. Nature abhors monocultures because they are so susceptible to annihilation by one agent of destruction. In plant or animal life, for example, a single virus or bacteria, a single destructive fungus or disease, a single hostile predator or pest would wipe out an entire monoculture without the barest resistance. It is the very nature of nature to avoid monocultures - indeed, it cannot be otherwise since any form of monoculture cannot long exist in nature. Life in the natural realm is manifold and varied, precisely so that some life will weather the inevitable deadly challenges that arise.

It could be posited that modernity is defined by the introduction of monocultures. In politics, thinkers like Hobbes and Locke articulate the first universal and anti-cultural theory of politics, obliterating considerations of local culture, history and tradition in the name of a singular and monolithic conception of political legitimacy. In economics, thinkers such as Adam Smith introduce a world-transforming economic theory that renders the entire globe subject to the logic of the market. In the sciences, thinkers like Bacon, Descartes and Spinoza introduce a method that renders all local knowledge irrelevant to the specialized knowledge of the expert, the universally valid findings of science.

We live at a moment of monoculture's triumph - and demise. Around us is the evidence of the near-total victory of monocultures in nearly every field of human activity, at the same time that the recklessness and fragility of monocultures comes ever more fully into focus.

In agriculture we have sought efficiency through crop monocultures, circumventing the need for rotation and variety through high levels of petroleum inputs. We have created monocultures of wheat, corn, potato, rice - all with a growing sense of fragility of their futures in a world of constrained petroleum and water. Industrial methods of farming have severely depleted topsoil around the world, the very source of agriculture and hence human life. Agricultural monocultures - attractive because they can be efficiently produced by means of industrial production - have led to an atrophy of knowledge of how to grow numerous other crops. Even as we face the prospects of decreasing supplies of industrially produced crops, we want the knowledge of how to produce in accordance with local conditions that is the possession of a dying generation.

In finance we have "rationalized" our economy to a worldwide scale, seeking to avoid the risk of a failure of local or regional markets by spreading risk across a worldwide market. For instance, where once mortgages were made and held by local banks whose interest in their soundness was vested in the community, now those same loans are immediately sold to distant financiers who in turn chop, separate, recombine and sell these loans as a variety of debt instruments to the broadest possible array of buyers. The fact that no one bears responsibility or accountability actually increases the risk of default, since there was every impetus to make loans to people who could not repay, secure in the knowledge that the loan would be off the lender's books within 24 hours. In turn, the mortgage crisis is a worldwide phenomenon in spite of the vast majority of loans made on American properties, damaging banks and investment firms on every corner of the globe. The Bear Stearns debacle - and the Fed's unprecedented intervention - was the consequence of the deep intertwining of the finances of innumerable firms with the largest financial concerns in America, and hence the reason why it could not be allowed to fail. Had BS failed, by all accounts it would have led to a worldwide "run on the bank" - a panic that could have resulted in international chaos and upheaval as all money ceased to have value.

The schools that are supposed to educate human beings for responsible lives also are undergoing transformation into a monoculture. Their aim is to create a mobile army of itinerant vandals, laborers in the international corporate culture whose one and only aim is to produce a monoculture of economic growth. Our schools were once a patchwork of local and particular traditions - regional, religious, pedagogical diversity, as diverse and lovely as a local ecosystem. Now they all race to be identical, deathly afraid that they may not be conforming closely enough to the nearest competitor who harbors exactly the same fears. During my fifth year at Princeton University - a year before I was to submit materials for tenure - I attended a meeting for all fifth-year untenured faculty held by the Dean of the Faculty. His most memorable advice (in addition to, "publish, publish, publish") was to apply for other jobs. The reason: a job offer from another institution would prove your worth in the eyes of Princeton. The message was clear: the standard was "academic excellence" defined as our reputation beyond the gates of Princeton, and as defined by the international community of scholars. Its coin was publication in refereed journals - "the creation of knowledge" - and not the contributions we were making specifically, and even possibly limited to, the community at Princeton. It is in the image of this ambition for "academic excellence" that all institutions are being remade, all in the same and monolithic fashion.

In the end, we were told, there was no standard other than a vast and anonymous interchangeable monoculture of higher education. In the end, it didn't matter if anyone who received an offer stayed at Princeton or left, since one would find the same sorts of colleagues and students at any elite institution. Money and esteem by the international community of scholars - not institutional particularlity and loyalty - increasingly becomes the currency for faculty, just as it is for students. An itinerant and rootless intellectual class prepares an itinerant and rootless student class - indeed, considers such itinerancy and rootlessness the sign of success. All prepare and assume equally that the future is one of economic growth and expanding globalization, without the slightest hesitation or doubt that it could be otherwise. The monoculture of higher education prepares our students for the monoculture of the world. It is at once the agent of, and the consequence of, modernity's monocultures.

In these three cases - and one could offer many more - the potential for failure is acute. We have come to believe that the very extent and expansiveness of our form of global culture has made us less susceptible to systemic failure of the sort that eventually led to the demise of those many cultures whose detritus I viewed in the museum in Santiago. In fact, we are moving toward ever greater possibility of overall, general, and systemic failure as a whole. When one of those ancient cultures failed, the effects were certainly horrific and doubtless terrifying for its particular denizens, but those failures did not threaten the overall existence of humanity, placed variously and living in accordance with the variety of local conditions. We have recently seen the absolute possibility of systemic failure in a global economy in which one part led to the failure of the overall system. Rather than learning our lesson that a monoculture is a precarious and even foolish arrangement (the old saying "Don't put all your eggs in one basket" applies, except that in our monoculture of industrial egg production, none of us has had the personal experience of collecting eggs that would make that saying relevant as it would in days of yore), we have decided to double-down, concluding that the near worldwide systemic failure of our global economy is reason to accelerate and extend "globalization" rather than protect local variety - both in forms of bio- and cultural diversity.

In agriculture and finance, the dangers posed by our monocultures are obvious. In education we are more prone to self-congratulation, but we no less embrace a monoculture that could fail in the increasingly likely event that the future does not align with the expectations for which we blithely prepare our students. At this moment especially we should be protecting actual diversity - bio-diversity, financial diversity (i.e., local markets) and educational diversity in the name of local, regional, religious and pedagogical traditions (rather than being blinded by the monoculture-based claims of "multiculturalism"). Yet, at this moment we are apt to cling to our modern faith in the logic of monocultures, even as the news seems to be undeniable that nature hates monocultures, and nature will not be indefinitely denied. 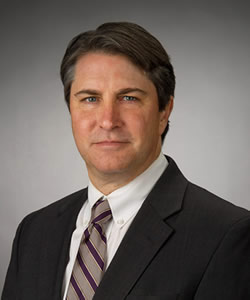 Patrick J. Deneen is the David A. Potenziani Memorial Associate Professor of Constitutional Studies at the University of Notre Dame. From 2005 to 2012 he was an associate professor of government and held the Markos and Eleni Tsakopoulos-Kounalakis Chair in Hellenic Studies at Georgetown University.