Given the current situation of the world as it is, the Olympic values take on a much more significant role in the promotion of mutual respect and understanding between different nations and cultures. During the London Olympic Games, these values have the potential to further break down the cultural divisions that exist around the world while celebrating human accomplishment by expanding the breadth of Olympic competition.

As the Olympic Games promote many fundamental ethical principles in the twenty-first century, the root of these values is the promotion of the human identity above cultural and nationalist identities. The first way the Olympic values do this is through the celebration of human achievement at the Games. The variety of different types of competitions highlights the ability for all athletes to stretch human physical capabilities to their limits. In all of the disciplines, once the competition is finished, the athletes who win are celebrated not simply for their nationality or ethnicity, but rather they are praised because they are humans who pushed the limits of humanity to the extreme. Instead of reflecting the achievement of one country, the athletes demonstrate the potential for all of humanity.

Through the celebration of people’s achievements, the Olympics promote a common human identity that unites all people together. This identity serves to break down the cultural and national divisions that exist in the world in favor of a unified human race that exists together in solidarity. However, while the Olympic values emphasize the importance of this human identity, it does not repress or ignore the cultural differences but rather celebrates these differences as a source of strength. Since the Olympics include many different sports from all around the world, it enables people to recognize the existing cultural differences as strengths that help people push their abilities to the limit. Rather than ignoring the cultural differences between countries, the Olympics celebrate all of these sports as ways that people try to physically excel.

While the Olympic Games incite the sentiment of these values, this typically wears off during the time between these Games. However, the diminishing passion for the Olympic values can be combated through a series of sports and educational programs. Children’s sports camps and programs that occur between the Olympic Games around the world that are based on the Olympic values would constantly help these values be realized. By localizing the Olympics through these programs in various countries, the programs would be able to adapt for local needs and would promote the values needed for the region. Aside from the recognition of our common identity, these programs would be able to promote gender equality and decrease ethnic, religious, and political tension and violence amongst the youth around the world. Through the promotion of such sports programs, the Olympic values would continue to be realized well after the end of the Olympic Games this summer. 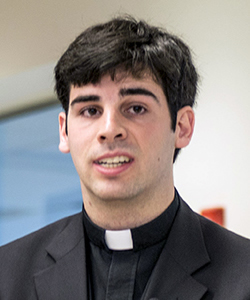 Kieran Halloran, S.J., graduated from Georgetown's School of Foreign Service in 2014 with a major in regional and comparative studies, focusing on development in Africa and Latin America. He participated in the Berkley Center's Junior Year Abroad while studying in Arusha, Tanzania during spring 2013. Kieran worked at the center as a research assistant from fall 2012 to spring 2014. A Jesuit scholastic, he professed his first vows in the Society of Jesus in 2016.