Rare instances come along when you realize your potential and can be invigorated to do so much more. This was the opportunity I received as I sat with academics and change makers from all over the world at the President’s Interfaith and Community Service Campus Challenge. As one of the youngest speakers among the dozens of international guests, I had the privilege to exchange thoughts, ideas, and stories with people who had decades of experience in a field that I have officially been involved in for only three years.


At first encounter, I became nervous and found myself completely unqualified in the face of so many personalities and experts present at the conference; a colleague cleared my mind when he explained that it was my own qualifications that pulled me into the same forum. Fears turned into inspiration as I heard the work being done in countries like Thailand, Kosovo, the United Kingdom, and Pakistan. Gatherings of communities to promote dialogue and service, promoted by the idea of shared values for common causes, was my eternal reminder that I would never be alone in my work to make interfaith cooperation a social and productive norm all over the world.

I shared my own reflections on the transformation from fear to motivation. After the attack on the Sikh temple in Oak Creek, Wisconsin, it became not only my responsibility to help educate people about the Eastern religions, but to join the people of the world in our common humanity and joint action. After having done my own programming and initiatives in southern California, I came to terms with my potential in joining the work of organizations like the Parliament of the World’s Religions, Religions for Peace International, and the Interfaith Youth Core.

What made this conference most unique to me was the opportunity of meeting White House officials and leaders in the Obama administration that are making strides to prioritize interfaith cooperation in the United States. From members of the National Security Council, to advisers and officials from different departments, getting the inside scoop on how the federal government is working on initiatives that recognize the diversity of faiths and culture around the world is essential in our quest for better understanding and collaboration.

The biggest lesson that I received from my experience is the reality of interfaith cooperation in a just, peaceful, and sustainable society: we must create a lasting, productive, and responsible peace that is practical to the situations of the world and the abilities of every activist, organizer, and citizen involved in the process. As utopian and “kumbaya” as this may sound, peace to the interfaith activist is grounded in the learning of the other, the engagement with the other, and service and solidarity for the other. We must face the problems of the world together to manifest a change that cannot be held back by hate, ignorance, guns, or bombs.

We must be ready to face these evils head on. We cannot afford to lose another second knowing that Yazidis, Christians, and Muslims are dying at the hands of ISIS and that they are soiling the identity and existence of the Islamic tradition. We cannot be blind to the numerous injustices all over the world that are occurring regularly around the world. Our job is not to normalize tragedy and be apathetic; it is our job to bring justice and hope now so future generations can flourish together on this earth. 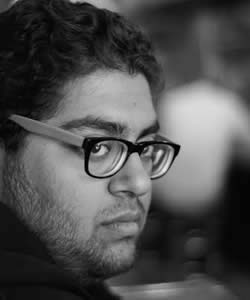 Tahil Sharma is an activist for human rights, social justice, and interfaith cooperation from Los Angeles. He currently serves as a youth representative for the Parliament of the World’s Religions to the United Nations DPI-NGO and previously worked as a communications consultant with Religions for Peace International in New York City. Born into an interfaith home (Hindu and Sikh), he is a graduate from the University of La Verne, with a bachelor's degree in Spanish and minor in International Studies. He was named a Newman Civic Fellow by Campus Compact in 2013. He serves on the board of Sadhana, a progressive Hindu coalition, as an interfaith relations liaison and is a coordinator for the Hope Not Hate Campaign for AMP Global Youth.
comments powered by Disqus