The Challenges of Interfaith Dialogue 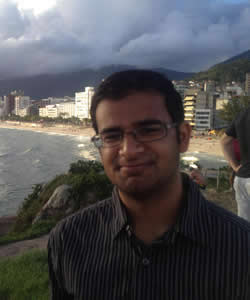 The interfaith movement in the United States is growing. Led by organizations like the Interfaith Youth Core in Chicago, the Pluralism Project at Harvard, and the Groundswell Movement founded by Ms. Valarie Kaur (to name just a few), more and more Americans are engaging with people of different religious/spiritual identities than themselves. The mainstream media has finally started to pick up on this trend, and major news outlets like the New York Times, Washington Post, Public Broadcasting Service, and the Huffington Post frequently report on interreligious engagement.
As an American Muslim, I am very excited by these trends and hope to continue promoting interfaith work in 2014. However, as the interfaith movement grows, it is becoming increasingly important to discuss potential challenges of interfaith dialogue and how they can be addressed.

The first challenge is a lack of focus. For any interfaith dialogue to succeed, all parties must be clear on the conversation’s goals. This can help people decide which conversations they should join. For example, if the goal is to discuss complex theological issues, it is necessary to include scripture experts, historians, linguists, and other academics. Lay people and usually younger people may not feel comfortable in these discussions. On the other hand, conversations focused around personal values and experiences would be more appealing to people who do not fit into a defined faith or spiritual category (e.g. agnostics or atheists) or people who are less interested in theology. Academics who want to debate religious minutiae would probably shy away from these discussions. Thus, it is necessary to hold multiple different types of conversations, each geared to a different audience.

The second challenge is when people feel that they need to “water down” or compromise their religious identity in order to fit in. This often occurs when dialogue participants come across an unresolvable difference: for example, whether Jesus was a prophet (the Muslim belief) or whether he was the Son of God (the Christian belief). Ideally, interfaith dialogue is supposed to help each participant better understand their own religion and discover the areas in which their religion is unique. In the situation described, both parties should agree to disagree. They should accept that differences exist and seek to understand them without compromising their own beliefs. The Prophet Muhammad (PBUH) experienced a similar situation when he was negotiating a treaty with non-Muslims. They offered to worship his god for one year if he promised to worship their many gods during the next year. His answer is described in Chapter 109, verse 6 of the Qur’an: “For you is your religion, and for me is my religion.”

The third challenge is proselytizing, or attempting to convert others. This is also antithetical to the idea of respecting each other’s differences. It is perfectly acceptable for dialogue participants to claim that they have the absolute truth. After all, many religions make similar claims that often conflict with beliefs of other religions. However, in interfaith dialogue, participants should enter the conversation in order to learn about other religions’ beliefs, not to promote their own. Although some Muslims consider dawah (Islamic missionary work) to be an important part of their tradition, Muslims must also respect the rule in Chapter 2, Verse 256 of the Qur’an: “There is no compulsion in religion.” Thus, although there may be a time and place for proselytizing (as in other traditions like Christianity), interfaith dialogue should not be done with conversion in mind.

Interfaith dialogue can be an excellent way to heal divisions in society. Social science research indicates that having a positive, meaningful relationship with someone of a different background and learning about their identity correlates to viewing that person’s entire group more favorably. The same logic applies with interfaith conversations. If we as Americans pursue interfaith dialogue while attempting to address the challenges described above, we can break down stereotypes and find more areas of common ground. In the process, we can reinforce our national motto of E Pluribus Unum, the idea that our similarities as Americans are greater than our differences.