The Colored Museum: A Play on the Struggle of Cultural Identity

After its 1986 conception, the play The Colored Museum was lauded for its groundbreaking satire on black identity in America; however, its recent revival at the Huntington Theatre in Boston this past week indicates that stereotypes, appropriation, and erasure remain relevant in modern society. Though the play itself focused on African-American culture, it interacted with a predominantly white audience. The Colored Museum sparked a brilliant post-show discussion that revealed the parallels between black cultural identity and my own Indian-American upbringing.
The post-show discussion was almost entirely comprised of black audience members, an interesting switch from the Caucasian majority audience in the theater. They brought up parts of the play that resonated with them, often the same scenes that made them deeply uncomfortable. We discussed repression and erasure in depth. Such topics pulsed through society 20 years ago as they do now.

I was particularly struck by the themes of appropriation and assimilation. The characters in The Colored Museum continually tried to fit into binaries and boxes. They attempted to repress or altogether hide their cultural identities but could not separate themselves from their history and background. These identity struggles interfere with their successes and daily lives; although portrayed comically in the satire, such a struggle is widespread and often permeates deeply in immigrant and “outsider” consciousness.

I carry a similar story. As a first-generation Indian immigrant, I yearned to fit in with my American peers. I was teased for my superficial  differences—my accent, my clothing, my lunchbox. I tried to compensate, acting “more American” in order to prove my legitimacy—but I didn’t allow me to be me.

Instead, we found a middle ground. My parents and I realized that we had to shed pieces of our customs as we assimilated into the country. Even so, we maintained a culturally Indian household. We celebrate a traditional Holi and Diwali. We cook full, flavorful Indian meals and eat dinner together. We cherish Indian fabric and jewelry and wear them with pride.

I’ve learned that we all carry contradictions. I am Hindu, Indian, American, a woman, a Georgetown student. I eat beef. I watch trashy television. I don’t say my prayers enough—or maybe I say them too much. Every day, these contradictions challenge me. And because of daily experiences and satirical works such as The Colored Museum, I have learned to meditate on these contradictions. Although repression is often the initial reaction, healthy reconciliation with these identity contradictions is essential for balance. Satire helps. If we can make fun of ourselves, we recognize the universality of these struggles.

I grew into my American-Indian identity. I was lucky to find a blend between the two; however, it’s not without external confusion. Microaggressions are ever present in this duality: “Wow, your earrings are beautiful. Are they from India?” “And where are you REALLY from?” “You’re so exotic.”

Yet these thoughtless words and lack of understanding carry little weight. As Topsy Washington, a character in The Colored Museum’s empowering finale, asserted, “I used to jump into a rage anytime anyone used to deny who I was, now all I got to do is give attitude quicker than light, and get on about the business of being me. Cuz’ I’m dancing to the music of the madness in me.” 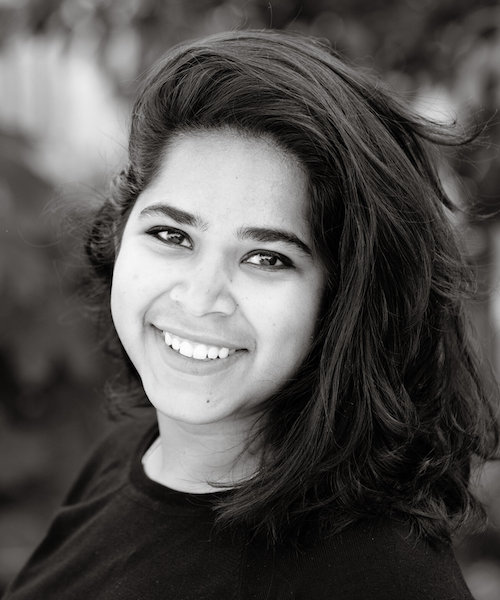