500 Years of Christianity and the Global Filipin@

500 Years of Christianity and the Global Filipin@ Video Player

The year 2021 marked the five-hundredth anniversary of Christianity’s entry into the Philippines. With over 90% in the country identifying as Christian and with more than eight million Filipin@s all over the world, Filipin@s are a significant force reshaping global Christianity. This anniversary thus not only calls for celebration but also reflection and critique. This two-day conference gathered theologians in the Philippines, United States, Australia, and around the world to examine Christianity in the Philippines through a postcolonial theological lens. The “post” here is not used in the temporal sense, as if colonialism has ended, but rather, suggests the desire to go beyond the colonial in all its contemporary manifestations.

The first panel, “Rethinking Encounters,” focused on introducing the context of Christianity’s arrival in the islands and its effect on its peoples. The second panel, “Reappropriation, Resistance, and Decolonization,” grappled with the enduring presence of coloniality in Filipin@ religious practices as well as celebrate the ways Christianity as a gift has been critically and creatively reimagined.

This event was co-sponsored by the Berkley Center for Religion, Peace, and World Affairs at Georgetown University; the Department of Theology and Religious Education at De La Salle University; and BBI-The Australian Institute of Theological Education.

It was supported by: 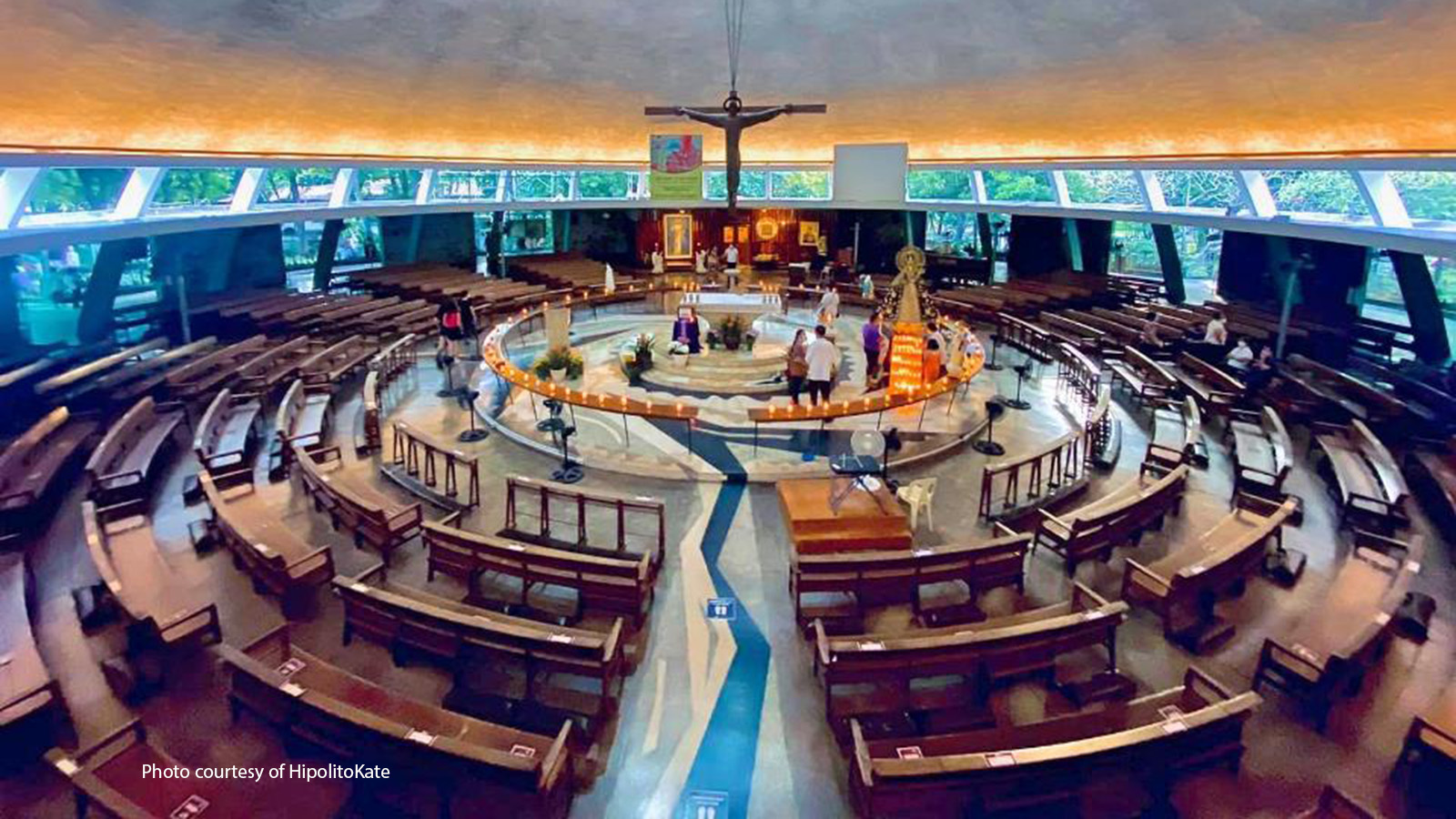 Interior of the a church in the Philippines. 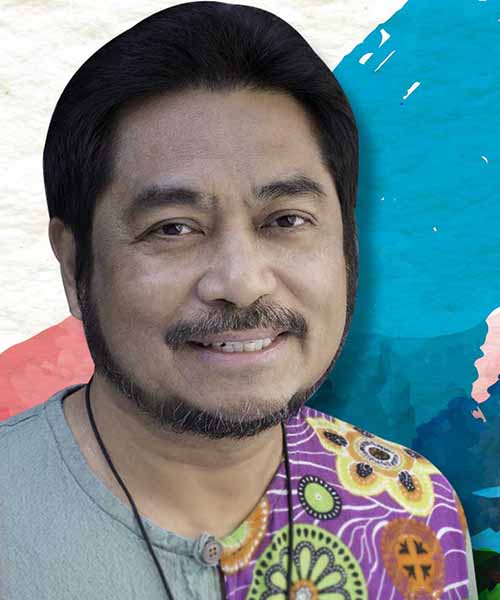 Albert Alejo, S.J., teaches at the Pontifical Gregorian University in Rome. He is also co-founder of Apo Governance and Indigenous Leadership Academy, in partnership with the Tagabawa-Bagobo Tribe in Makilala, Cotabato, and the National Commission on Indigenous Peoples and Development Academy of the Philippines. Among his notable publications are his book Generating Energies in Mount Apo (2003). 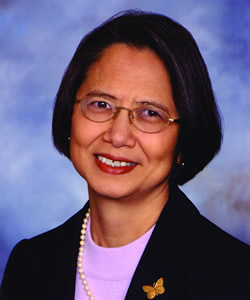 Vivienne Angeles is a retired associate professor at the De La Salle University, Philadelphia, USA. She has published on the subjects of Muslim movements, Muslim women, visual expressions of Islam, and Islam in the Philippines and Southeast Asia. As a Fulbright scholar in Malaysia, she researched how Muslim identity is expressed visually through material culture. She co-edited Identity in Crossroad Civilizations: Ethnicity, Nationalism and Globalism in Asia (2009) and Gender, Religion and Migration: Pathways of Integration (2009). 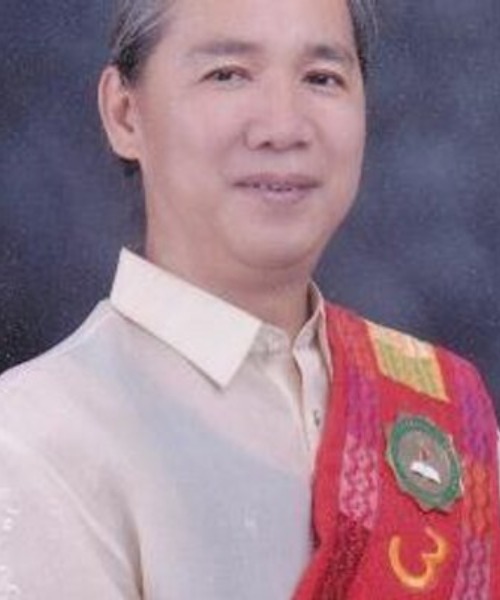 Rev. Ferdinand Anno is president of of the Union Christian College, La Union, and of STEP (Samahan ng Teolohikal na Edukasyon ng Pilipinas), an association of Theological Schools in the Philippines. He previously taught theology and worship at the Union Theological Seminary, Philippines, and was the past director of its Doctor in Ministry program. As an indigenous pastor of the United Church of Christ in the Philippines, he has served parishes in the south-western fringes of the Cordillera region. 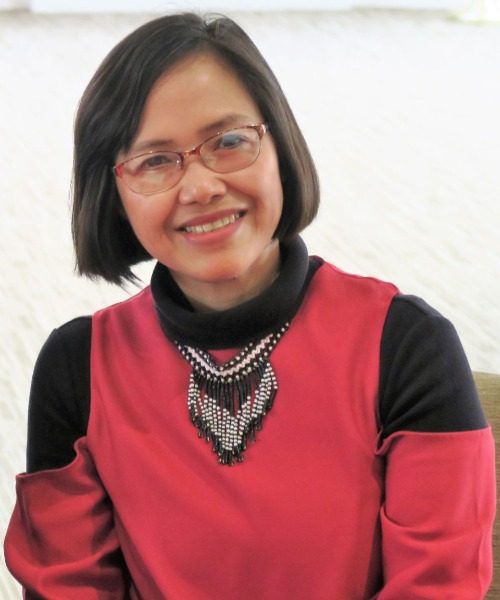 Dr. Agnes M. Brazal is a full professor at the Department of Theology and Religious Education at the De la Salle University, Philippines. She is author of A Theology of Southeast Asia: Liberation-Postcolonial Ethics in the Philippines (2019), co-author of Intercultural Church: Bridge of Solidarity in the Migration Context (2015), and editor of eight anthologies on the topic of feminism, migration, cyber ethics, and social ethics in Asia.

Dr. Cristina Lledo Gomez is a systematic theologian and the Presentation Sisters Lecturer for BBI-The Australian Institute of Theological Education. She is also a Religion and Society Research Fellow for Charles Sturt University’s Public and Contextual Theology Centre. She is the author of Church as Woman and Mother: Historical and Theological Foundations (2018) and the recipient of the Catherine Mowry Lacugna Award (2020) for her essay “Mother Language, Mother Church, Mother Earth.” 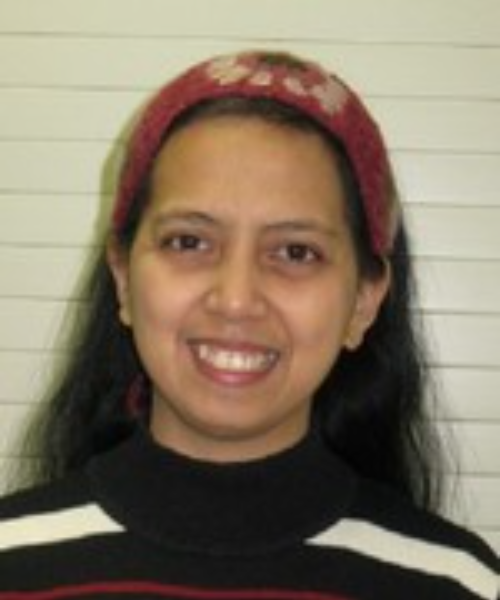 Dr. Ma. Marilou Ibita is an associate professor at the Department of Theology and Religious Education at the De la Salle University in Manila, Philippines. She is also visiting professor of contextual hermeneutical approaches to the Bible at the Faculty of Theology and Religious Studies at Katholieke Universiteit Leuven (FTRS KU Leuven) in Belgium. Her primary research centers around biblical literature and Jewish-Christian dialogue. 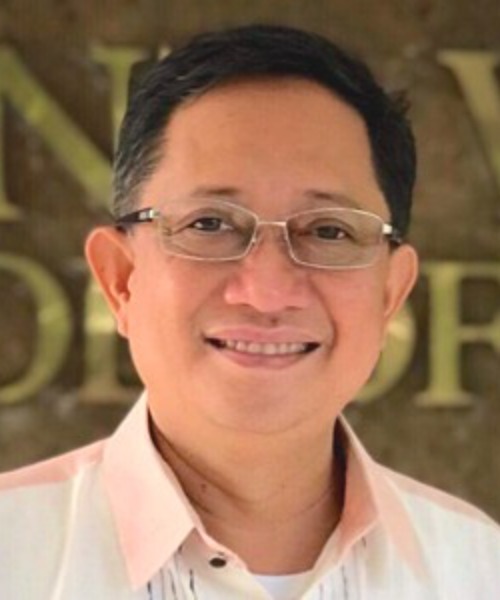 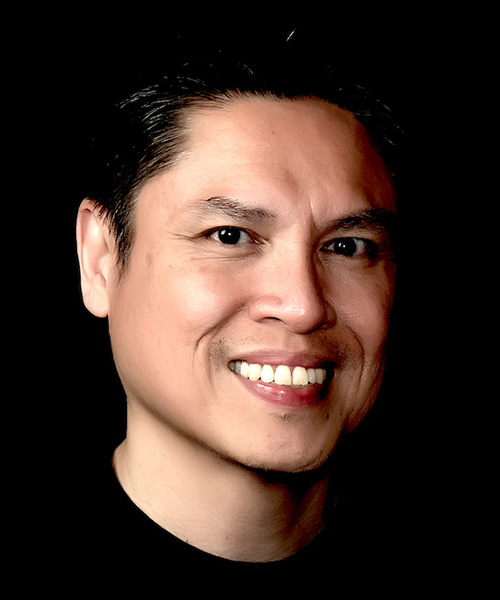 Antonio D. Sison, CPPS, is the Vatican II Chair of Theology and professor of systematic theology at Catholic Theological Union in Chicago, Illinois. His research centers around contextual, intercultural, and aesthetic approaches to systematic theology, and his works include The Art of Indigenous Inculturation: Grace on the Edge of Genius (2021).