In the past decade, a small group of senior women from the remote community of Yirrkala have emerged as the most successful Aboriginal Australian artists at entering the mainstream of contemporary Australian art. The success of these women—who include Gulumbu Yunupiŋu, Noŋgirrŋa Marawili, Mulkuṉ Wirrpanda, and Nyapanyapa Yunupiŋu—is particularly remarkable in a region where art making practices have been traditionally controlled by men.

Henry Skerritt, Mellon Curator of the Indigenous Arts of Australia at the Kluge-Ruhe Aboriginal Art Collection of the University of Virginia, argued that the work of these women can only be understood by taking into account their position within both Yolŋu culture and the transcultural space of the art world. While some art historians have described their art as “the final modernization and secularization of Yolngu art,” in this lecture he explored these women’s ability to balance competing discourses between indigenous and modern in order to produce works that speak both within and across worlds.

This event was co-sponsored by the Berkley Center for Religion, Peace, and World Affairs and the Center for Australian, New Zealand, and Pacific Studies.

Colonialism and the Art of Race Project 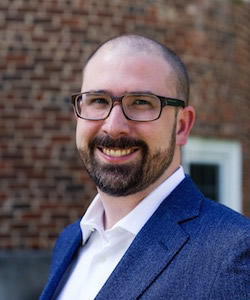 Henry Skerritt is the Mellon Curator of the Indigenous Arts of Australia at the Kluge-Ruhe Aboriginal Art Collection of the University of Virginia. He is editor of the books No Boundaries: Aboriginal Australian Contemporary Abstract Painting (2015) and Marking the Infinite: Contemporary Women Artists from Aboriginal Australia (2016), and was the consulting curator on the identically named touring exhibitions at the Nevada Museum of Art. Skerritt completed his Ph.D. in art history at the University of Pittsburgh.

RSVP to An Ordinary Fire: Thoughts on Contemporary Women’s Painting from Yirrkala, Australia