“The Man Who Saved the World” tells the story of how Stanislav Petrov, a Russian lieutenant colonel, sacrificed his own career—and prevented all-out nuclear war—by disobeying the chain of command and following his conscience on September 26, 1983. The film, starring Kevin Costner, was screened as part of a national screening event to raise awareness about the continuing threat of nuclear disaster.

This event was sponsored by the Berkley Center for Religion, Peace, and World Affairs and co-sponsored by the Office of Mission and Ministry, Program on Justice and Peace, Center for Social Justice Research, Teaching and Service, and Film and Media Studies. 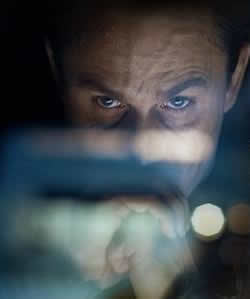 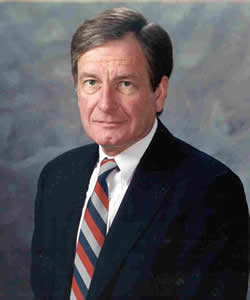 Albert C. Pierce has served as the inaugural director of the Institute for National Security Ethics and Leadership at National Defense University since 2007. From August 1998 until February 2006 he served as the founding director of the Center for the Study of Professional Military Ethics (now the Vice Admiral James B. Stockdale Center for Ethical Leadership) at the U.S. Naval Academy. Prior to that he was a professor of military strategy at the National War College, where he taught courses in military strategy, the use of military force, civil-military relations, ethics, French security policy, and national security policymaking. He has also held a variety of government and Defense Department positions, served in several National Security Strategy think tanks, and was a defense correspondent for NBC News. Pierce holds a bachelor's degree (cum laude) from the Catholic University of America, as well as an M.A. and a Ph.D. in political science from Tufts University.