The Berkley Center and the Institute for the Study of International Migration (ISIM) hosted a daylong conference on “Current Challenges in Refugee Policy” on November 6, 2019.

Eric Schwartz, president of Refugees International, provided a keynote address on the human rights of refugees and forced migrants.

Panelists presented work from the Global Refugee and Migration Project, an 18-month collaboration between the center and ISIM generously funded by the Georgetown University Board of Regents.

“The project has allowed us at ISIM and at Berkley to move our work to the next level and to establish Georgetown as a leader on this increasingly important topic,” shared Katharine Donato, Donald G. Herzberg Chair in International Migration and director of ISIM.

Michael Kessler, managing director of the center, moderated a panel on an often-overlooked dimension of the refugee crisis: the relationship between religion and forced migration.

“There is a sort of inhibition from policymakers or people on the ground to look at religion,” noted Senior Fellow Jocelyne Cesari.

Panelists considered how religion can shape both individual and institutional responses to the ongoing refugee crisis. Senior Fellow Rev. David Hollenbach, S.J., highlighted the role religion can play in the lives of forced migrants, remarking,

Other contributors reflected on the work of religious communities and faith-based organizations to provide aid to refugees, as well as to those affected by humanitarian crises more generally.

“Unlike many secular organizations, faith communities are there before, during, and after a crisis,” shared Elizabeth Ferris, ISIM research professor.

Leaders from major faith-based organizations were also at the conference, where they considered the ways religious values can inspire work in refugee resettlement.

Naomi Steinberg, vice president of policy and advocacy at HIAS, discussed how Jewish values shaped the organization as it moved from helping Jewish refugees to aiding forced migrants from all religious backgrounds.

Steinberg spoke on a panel moderated by ISIM affiliate Anne Richard (SFS’82) that focused on the challenges and possibilities of refugee resettlement under the Trump administration.

Also on the panel was Jenny Yang, senior vice president of advocacy and policy at World Relief, who reflected on how evangelical communities have drawn from Christian values to support refugee resettlement.

“So much of the narrative around evangelicals in this country is that they are anti-refugee,” shared Yang. “In our experience as an agency that has worked through local churches to mobilize them to support refugees, it has actually been the opposite.”

There is still hope to be found in U.S. refugee resettlement, despite mounting policy and legal challenges.

Schwartz noted how the principle of humanity can inspire continued humanitarian work with refugees and forced migrants in his keynote address:

“The principle of humanity is so critical because it provides the moral foundation of our work and it inspires us—advocates, policymakers, citizens who elect policymakers—to promote practices and policies that recognize that there, but for the grace of God, go all of us.” 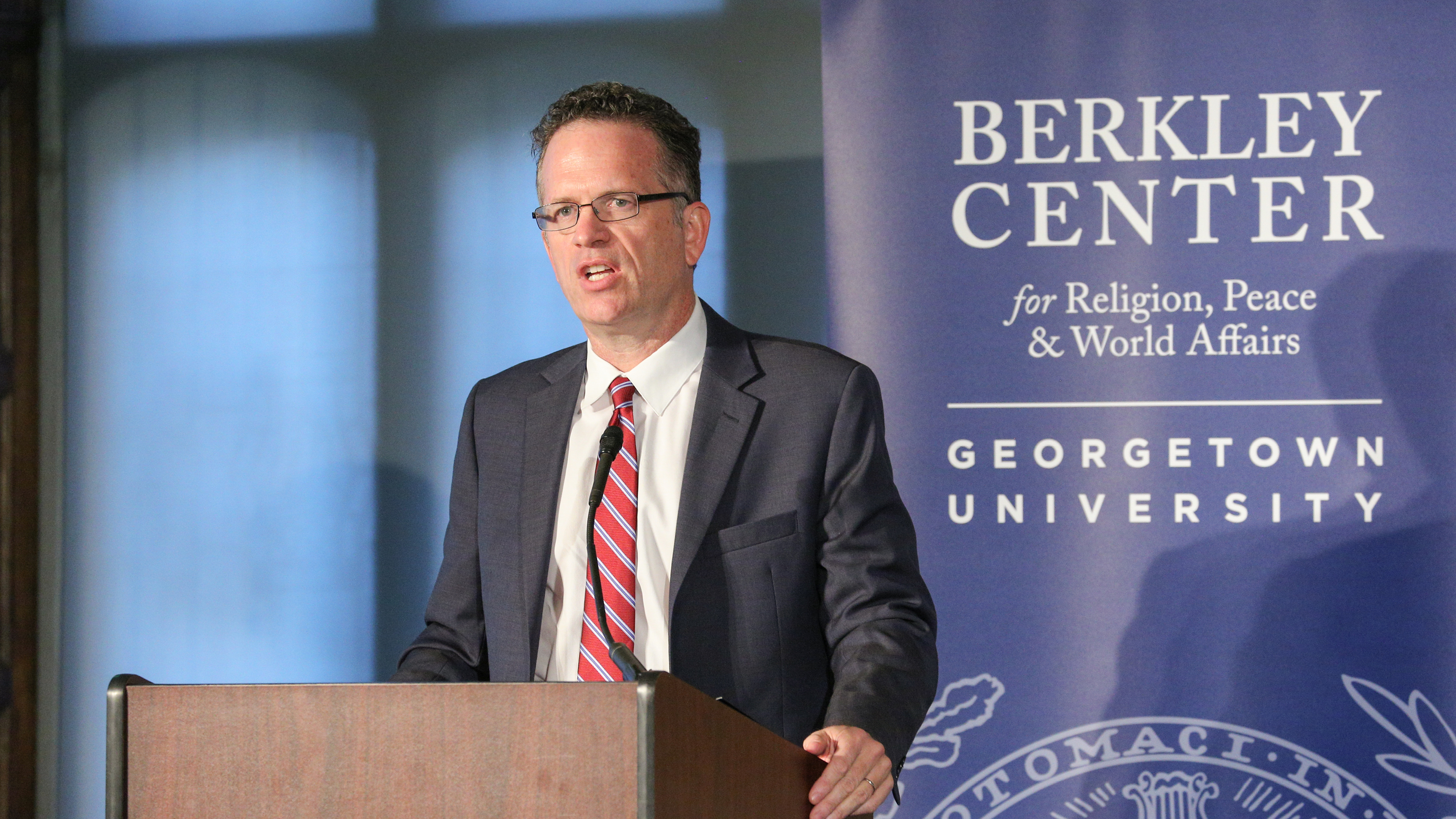 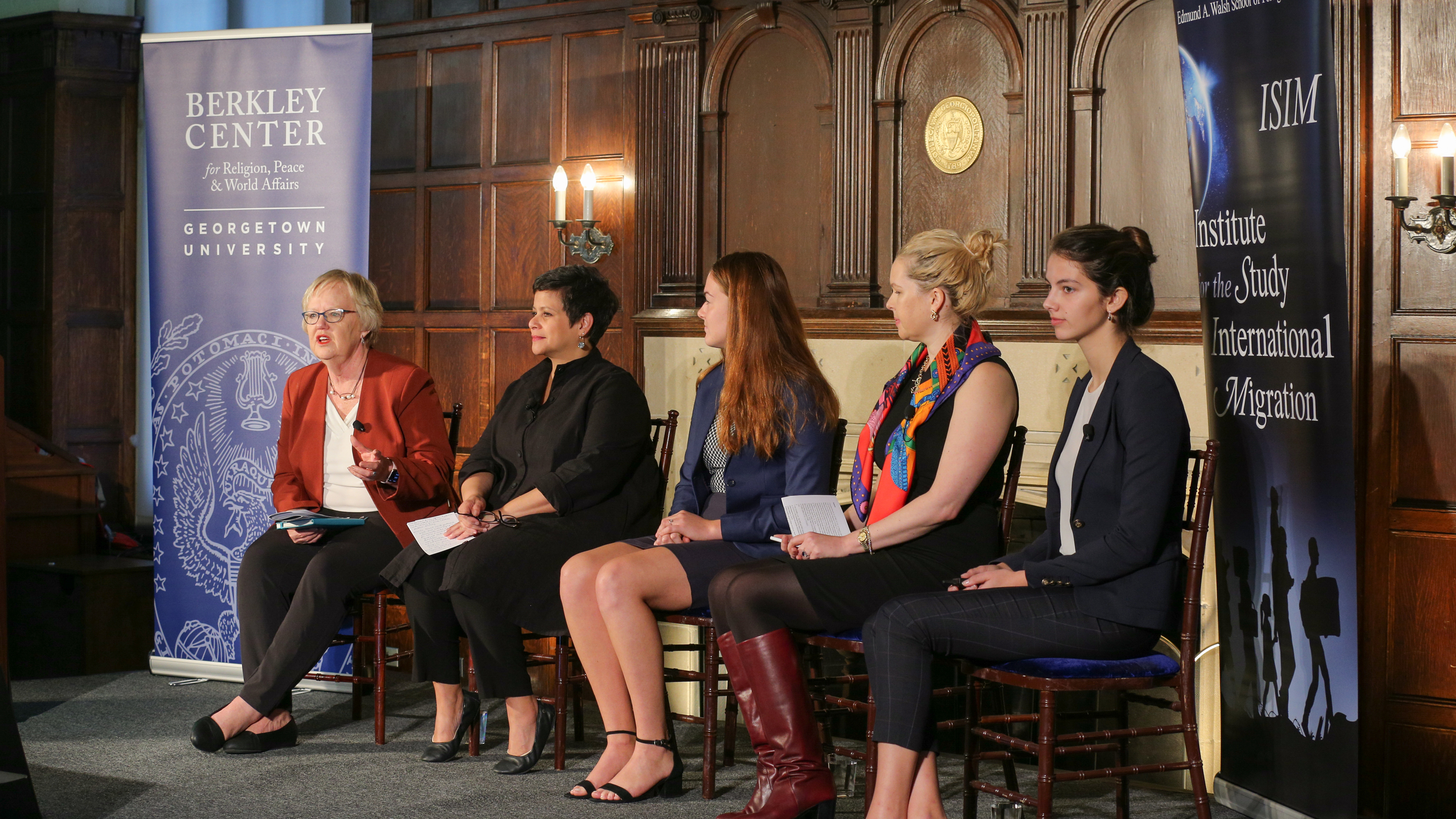 Panel 1: Global Policies and Best Practices for Children on the Move

Panel 2: Forced Migration: What’s Religion Got to Do with It? 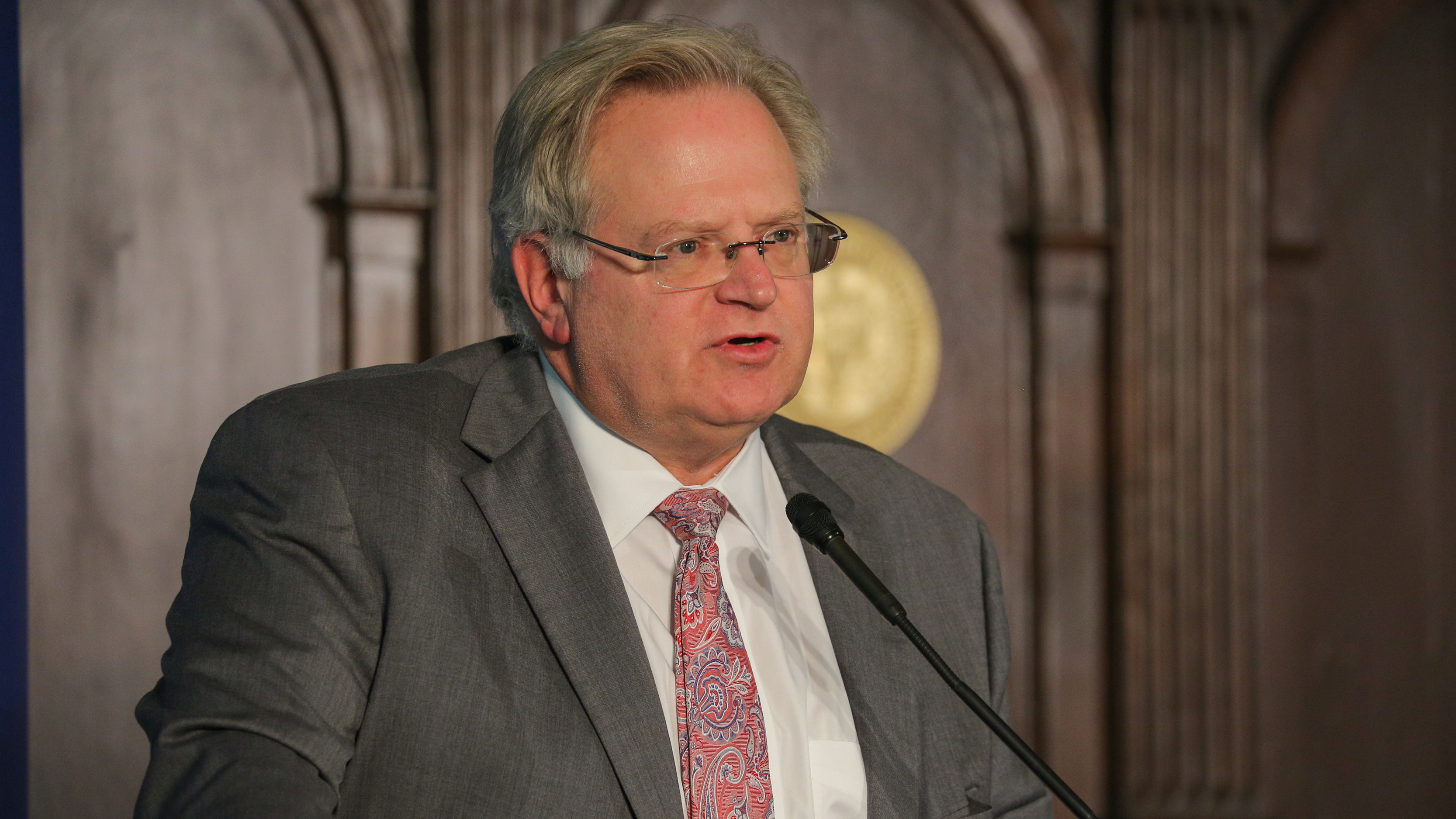 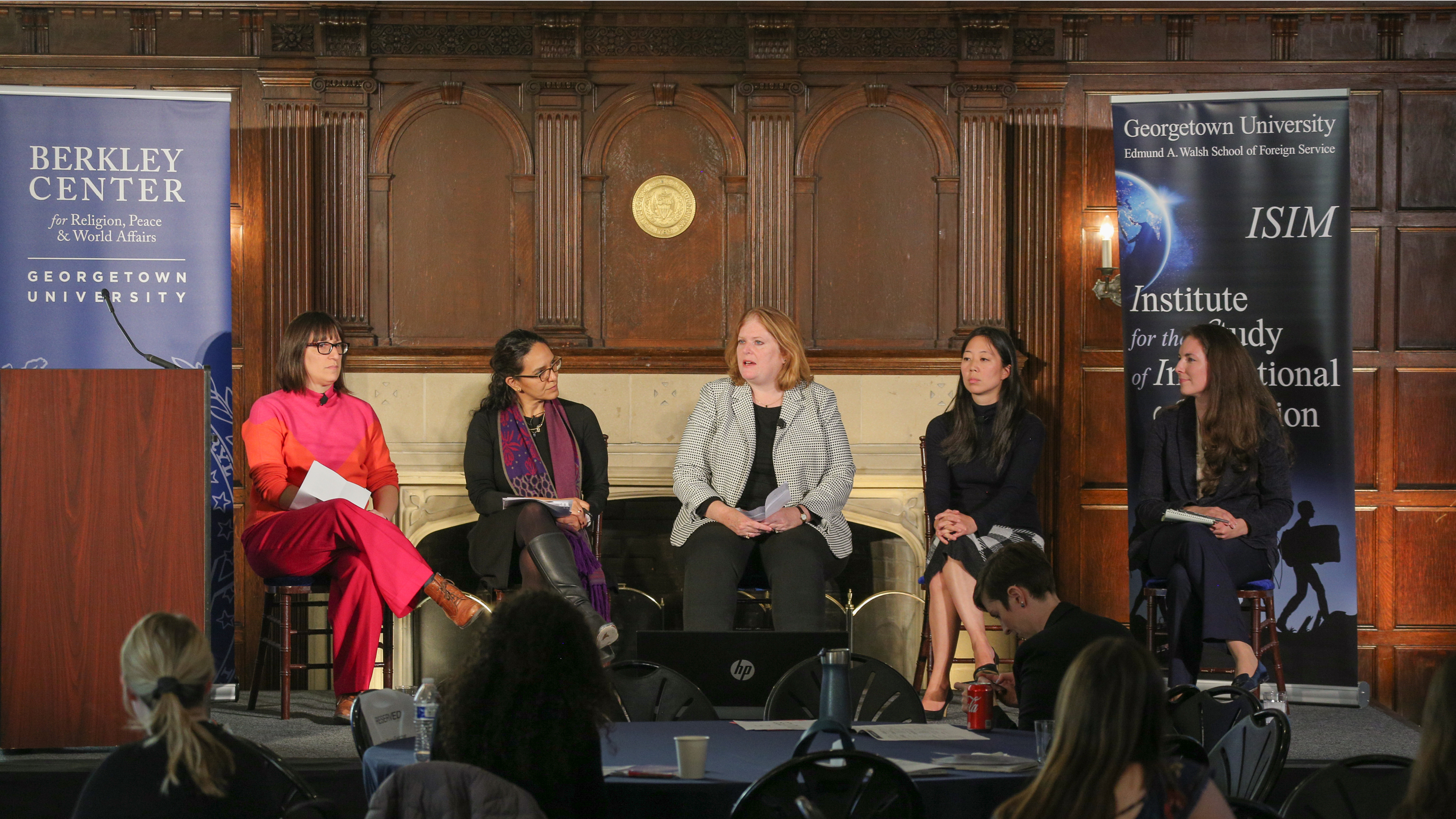 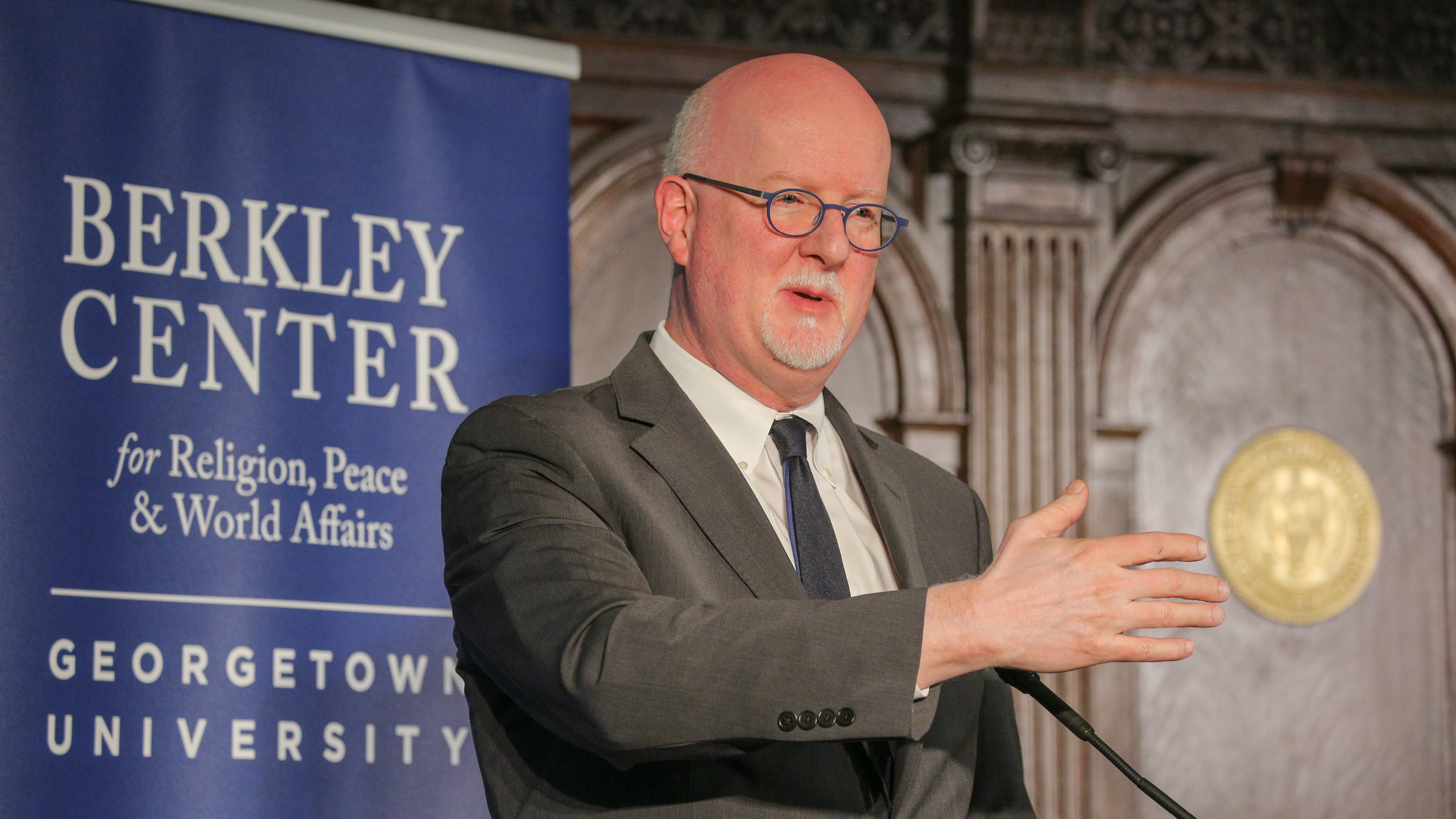