Can Women Become Leaders in the Buddhist Tradition?

The relationship between gender and authority in Buddhist traditions is a contested one, and is made all the more complex by the diversity of Buddhist communities. According to some Buddhist narratives, female leadership is impossible due a woman’s inability to reach enlightenment, believed to be a limitation of her gender. These narratives state that enlightenment is only possible for women if they gain good karma and are reborn as men beforehand. Others posit that as women edge closer to enlightenment, they will spontaneously transform into a male form as a prerequisite for attaining final awakening.
Other historical narratives can be interpreted as similarly disparaging toward women. According to tradition, the Buddha refused his stepmother Mahaprajapati’s request for women to be able to become ordained and participate in the sangha, the Buddhist community, three times before he finally acquiesced, but only after she promised that ordained women would follow extra rules. Today several major monastic lineages in Sri Lanka, parts of Southeast Asia, and Tibetan cultural areas deny female renunciants full ordination, stating that the lineage of nuns was broken long ago and without the Buddha’s authority cannot be restarted.

However, while these narratives may seem discouraging, branding them sexist or as examples of the lack of agency for women in the Buddhist tradition is only one potential interpretation of this Buddhist doctrine and history. Alternative narratives do exist that argue women can also reach awakening, and that historical stories of the Buddha’s life and past traditions need to be read with care and awareness of the broader socio-historical context.

For example, key concepts in Buddhism, including the inherent emptiness of the self, may be read as radical rejections of static ideas of gender and the championing of stereotypically feminine characteristics. Compassion in Buddhist traditions demonstrate the potential for women as well as men to attain the highest goals of the tradition. The vastness of Buddhist literary traditions, as well as its sheer diversity across time and space, leaves it open to multiple interpretations, and similarly, the role of women in the tradition and their potential as leaders also remains open to discussion and debate.

One such debate over the possibility for women in certain monastic traditions to gain ordination has been raging for over a century. In both Asian and contemporary global contexts, some groups of nuns and their supporters argue for the importance of ordination as a platform of authority and representation for women in Buddhist communities. These groups have been disappointed by the lack of willingness to change among Buddhist leaders in the Theravada and Tibetan Buddhist traditions, where some sangha (monastic community) leaders have argued based on historical precedent that they do not have the authority to change the Buddha’s directives about ordination. Others argue that these nuns should focus instead on their practice and service and leave aside matters of worldly rank. Additional groups argue that ordination is often secondary to the immediate challenges faced by female renunciants in these Buddhist cultures, who are often housed in economically-marginalized institutions and require institutional and educational support, rather than debates over Buddhist monastic jurisprudence.

While the ordination debate remains an important one, it also tends to obscure alternative narratives and opportunities open to both lay and renunciant Buddhist women for leadership in their communities. Throughout the Buddhist world, women play important roles that are often overlooked in popular discourse. Historically, laywomen were crucial patrons of the Buddhist sangha, funding the building of monastic institutions, the composition and publication of Buddhist texts, and the performance of rituals for the upkeep of the cosmos. Buddhist women also acted as authors of texts and hold their own ritual responsibilities. In the Himalayas, communities devoted to the fasting practice of the Bodhisattva of Compassion known as Nyungne are often dominated by women, who fundraise to build their own temples, organize their own retreats, and choose mentors from their own peers. Politically powerful women such as the Chinese Empress Wu Zetian (624-705) used Buddhism to legitimate their authority just as their male counterparts did. After founding her own short-lived dynasty during the Tang, Empress Wu built Buddhist institutions and sponsored sacred sites and the publication of books. In Asia and other global contexts, Buddhist women act as teachers. In fact, in South Korea today, more nuns than monks hold Ph.D.s in Buddhist studies. These examples demonstrate the potentialities for leadership in the Buddhist community in diverse contexts.

Whether these women articulate their activities as having relationship to goals of gender equality or women’s leadership is a different issue. As Chandra Mohanty has pointed out in her seminal work Feminism Without Borders, feminism is not a homogenous construct and can at times act as a form of imperialism and oppression for women in non-Western societies. Buddhist communities are also affected by global debates over the relevance and appropriateness of feminist theory and goals, and the ordination debate has at times been particularly polarized by critique of “Western feminists” who are perceived by some sangha leaders as pushing their own agenda. While Buddhists have been reluctant to engage with the complexities around these issues though, feminists have long seen Buddhism as a resource that supports movements for women’s leadership in non-religious environments. In Japan, one of the pioneers of the feminist movement, Raicho Hiratsuka (1886-1971), saw her practice of Zen Buddhism and its ideas of deconstruction as a cornerstone to her feminist philosophy and social activism. The influential Korean new woman and leading author of modern Korean literature Kim Iryŏp (1896-1971) eventually joined a convent and became an influential and respected Buddhist teacher. Today, feminists around the world continue to use ideas of non-self and interdependence to argue that Buddhist philosophy is a bastion for women’s liberation in multiple social and spiritual spheres.

Such discussions bring us full circle, and demonstrate the dangers of reifying Buddhist attitudes toward gender and women’s potentialities. Historically, as Buddhism has travelled, local cultural attitudes toward women have influenced the opportunities provided for women in complex ways, as in denying full ordination to women in Sri Lanka and Tibetan societies. On the other hand, Buddhism has also opened up new opportunities, particularly in Confucian societies of East Asia, where it allows women to attain literacy and spiritual agency. Some Buddhist philosophers have both denied the opportunity for women to attain enlightenment, while other traditions have argued that women are inherent manifestations of enlightened energy. This array of attitudes illustrates the diversity of Buddhism, or perhaps more accurately, Buddhisms, and the importance of considering the agency of human communities, not just textual authorities, in providing women opportunities.

While some communities may argue that gender egalitarianism is an offshoot of forms of Buddhist modernity molded in interaction with other forms of globalization, the historical heterogeneity of Buddhist women and their activities demonstrate the importance of context in the interpretation of Buddhist narrative tradition and the possibility of individual agency in its practice. In the public and academic sphere, Buddhist women are often incorrectly seen as marginalized, which can contribute to actual marginalization for their activities inside and out of institutions; however, they are present and remain crucial in Buddhist communities. It is up to practitioners and observers to look more closely and widely for opportunities to acknowledge Buddhist women’s leadership in varied forms, thereby avoiding the pitfalls of simplistic understandings of women in Buddhist societies and texts and returning agency to these individuals. 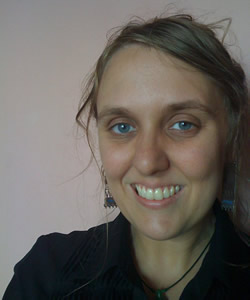 Amy Holmes-Tagchungdarpa is an assistant professor in the Department of Religious Studies at Grinnell College in Iowa. Her research and teaching focuses on the cultural and religious history of the East and South Asian Himalayas and their global connections. She is the author of The Social Life of Tibetan Biography: Textuality, Community and Authority in the Lineage of Tokden Shakya Shri (2014), and she is currently working on a project related to gender in the construction of Buddhist modernities. She earned her B.A. from Victoria University of Wellington and Ph.D. from Australian National University.