Christian Women Were Made to Lead

By: Karen Swallow Prior 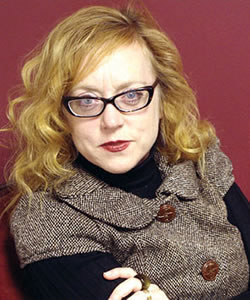 From the beginning, women, along with men, were created to rule. Indeed, the first woman ruler was Eve. In Genesis 1, immediately following the Creation, God commanded both Eve and Adam to “rule over the fish in the sea and the birds in the sky and over every living creature that moves on the ground.” Like men, women were created to work, to steward, and to lead. While the Fall—and the human systems, institutions, and mindsets that followed—surely complicated matters, that original design and call have not changed.

"As women made in the image of God, we must be productive, life-giving people because our God is a productive, life-giving God,” explains Hannah Anderson, author of Made for More, a book aimed at broadening ongoing discussions about women’s work and leadership within my own evangelical Christian community, one which has not always distinguished well between sound doctrine and social custom. For example, some in the conservative Christian community have taken the woman described in Proverbs 31—a woman who sets about her work vigorously with eager hands and strong arms, gets up at night to provide food for her family, considers a field and buys it out of her earnings, trades profitably, and whose lamp does not go out—and narrowed her role into that of a “keeper at home,” a paragon of antiquated notions of femininity. Similarly, while the Proverbs 31 woman is made over to serve ideological interests, other women of the Bible are simply ignored. Consider Sheerah, said in 1 Chronicles 7:24 to have built entire cities: Lower and Upper Beth Horon as well as Uzzen Sheerah. No one ever talks about Sheerah.

Clearly, even we “Bible-believing Christians” can’t entirely escape reading scripture through a cultural lens. Thus when it comes to the role of women as given in scripture, some of us attempt to split the cultural difference between Victorianism and feminism by saying it is permissible for women to work. But Anderson argues that this approach also concedes too much to the culture: "When we say a woman 'can' work, we are, in essence, saying that work is optional to her identity. But as a person made in the image of God, a woman must engage in meaningful work. Where and when and how this happens will vary, but she must be working because work is what humans do—not simply what men do."

And, of course, wherever women work, they will lead, too.

That’s why I’m thrilled that Liberty University, the evangelical Christian university where I teach, has launched Propel, a leadership initiative led by the international human trafficking activist and Christian evangelist Christine Caine. Propel seeks to equip and empower Christian women to lead in whatever sphere they find themselves in. “Our desire is to empower women to lead more effectively and to see themselves as an intricate part of God’s plan in all spheres of life,” Caine explained in an interview. “For generations, women have navigated the nuances of being a woman in leadership without a roadmap. Gaps in leadership training have forced women to compartmentalize their lives, separating work, church, home, and personal life.”

Katelyn Beaty, managing editor of Christianity Today and author of the forthcoming, tentatively titled, Co.Creators: The Christian Call for Women to Work, is an expert on the challenge facing Christian women in the work world. In her experience and research, Beaty has found that one of the greatest obstacles for Christian women called to lead is “a nagging sense that they are not called to lead.” Beaty explains:

“Calling is such a mysterious and often internal experience, and even women whose gifts and leadership abilities have been confirmed by others—whether verbally or via accolades, such as promotions and awards—can suffer from the 'imposter syndrome.' Women are generally more likely than men to attribute their skills and position to ‘the right timing’ or ‘gracious supervisors’ rather than an internalized confidence in their own gifts and intelligence.”

Beaty’s research also challenges the tendency of the evangelical faith-and-work conversation—whether in professional Christian networks or church-based groups and curricula—to be led by and meant for men. Consequently, many working women, Beaty says, sense that churches are not places “where they can bring all dimensions of their life to bear.” For many women, “that means two-thirds of their waking life each week is never discussed during the most important hour of the week.” Propel seeks to directly challenge this paradigm within the evangelical church.

There is perhaps no more apt place to begin doing this work than at Liberty University, which is not only the world’s largest evangelical Christian university, but one in which women comprise 59 percent of the overall student enrollment, both residentially and online. Yet merely educating women for the workplace does not necessarily prepare them to take on the leadership roles that will naturally come their way as a result of being excellent in their work—the expressed goal of the institution.

The weeklong launch of Propel at Liberty this week will be replicated in locations around the globe in hopes of not only equipping but also cultivating Christian women leaders. Through speakers, workshops, panels, classroom collaboration, and a treasure trove of resources, Propel encourages women to internalize a leadership identity, empower them to navigate the complexities of finding one’s calling in our culture, and equip them with the curriculum, local chapters, and downloadable resources they need to succeed.

Perhaps most importantly, Propel is cultivating a community where women leaders can support one another. Halee Gray Scott, whose doctoral research focused on Christian women leaders, which resulted in the book Dare Mighty Things: Mapping the Challenges of Leadership for Christian Women, finds this aspect of community particularly important in helping women leaders and future leaders to flourish. "When you talk with Christian women—whether they're leading or just hoping they one day might—the one thing you come away with is a sense of loneliness. A sense that, 'I'm the only one.' A program such as Propel gives women a forum to discover and delight in the fact that they are not alone."

The big secret of evangelical higher education is that it is already producing (and employing) remarkable women leaders every day. The launch of Propel at Liberty is significant in marking within evangelicalism a new intentionality in the area of women’s leadership, one that will help women better fulfill the kind of work God created them to do and that many are already doing.