Amidst the myriad conversations about violent extremism and radicalization, a distinctive voice breaks through the din. For generations, women have been at the forefront of advocacy for peace and have long shown a unique willingness and capacity to bring together rival groups in the search for common ground. In the women-led peace efforts of recent years, advocates have been successful in convening diverse actors and creating the conditions for consensus to be built. By engaging those whom society has written off and calling for reconciliation, dialogue, and cultural sensitivity to build social cohesion—not only as an end goal but as an operating principle—the voice of women peacebuilders has increasingly demonstrated its indispensability.

This voice was heard loud and clear at a recent global forum at the U.S. Institute for Peace in Washington, D.C. Organized by the U.S. Civil Society Working Group on Women, Peace and Security, the forum gave center stage to nine women expert activists and their organizations from eight countries (Colombia, Indonesia, Kenya, Nigeria, Pakistan, Sri Lanka, Tunisia, and Uganda). They spoke about the critical intersection of efforts to prevent and counter violent extremism and the Women, Peace and Security Agenda. From the experiences of these women in such diverse cultural, political, and social situations, a strikingly similar set of themes held true across the board:

We need to build bridges, not trenches. The erosion of trust and social cohesion being experienced around the world means that strategies to prevent and counter violent extremism need to involve bridging the chasms that currently divide groups. This requires recognizing the humanity of others, finding points of connection, and questioning the prevailing approaches from across the ideological spectrum that serve to deepen entrenched divisions. It also means ensuring coherence between means and ends. While rhetoric and actions that pit one group against another may win short-term results, they are ultimately counterproductive to long-term peacebuilding.

This outlook was demonstrated by many of the women peace activists and organizations represented at the forum. The work of Hamsatu Allamin in Nigeria, for example, has entailed reaching out to—and searching for the humanity in—the young men of Boko Haram. The words and actions that Hamsatu and her female colleagues employ aim not to demonize the youth who have joined Boko Haram, but rather to invite them to “embrace dialogue” and assure them of “motherly support” towards rehabilitation.

The capacity to resist and recover from extremism must come from within local communities. Central to the work of many women peacebuilders is building on the strengths of local communities and truly collaborating with local actors who are trusted and trustworthy, rather than relying on international organizations and foreign governments. There are serious limits to military intervention, and true change cannot come from the outside. As such, a lens of fragility and victimhood should give way to one that builds on the potential of affected communities. For this potential to be realized, of course, we must listen to those most often excluded from public discourse, find ways to restore trust, and engage women and youth as key agents for building environments of unity characterized by diversity.

Meaningful alternatives are crucial. The experience of women peacebuilders around the world also demonstrates that merely condemning the actions of violent extremists is not enough. Diminishing the power of absolutist narratives implies putting forward compelling and constructive visions of the future. Local actors can aid in offering meaningful and culturally sensitive alternatives to conflict-inciting discourse and demonstrate other courses of action. Part and parcel of any holistic approach to countering or preventing violent extremism therefore is meeting the need for belonging and social inclusion, addressing the failures of past development efforts which did not adequately enhance people’s agency or develop their latent capacity, and providing a sense of purpose.

This vision lies at the heart of the work of Mossarat Qadeem and the PAIMAN Alumni Trust in Pakistan, who collaborate with concerned mothers to bring their sons out from under the influence of extremist groups. Armed with a sound knowledge of the Qur’an, Qadeem spends time in some of the most dangerous areas in her country to expand the horizons of young men who see few options other than a path of violence. She and her colleagues provide these youth with a new vision and sense of purpose for their lives, connecting them with social counseling and job training to allow them to pursue a constructive role in their communities. Importantly, she sees these efforts not in terms of isolated programs, but as movement-building and fostering an alternative discourse to that of intolerance and exclusion.

Long-term commitment and vision are not optional. Fostering cultural change and building the capacity of individuals, communities, and institutions is not the work of a short-term project. Merely halting a situation of extreme violence does not address its underlying causes and often simply postpones the expression of hostilities. There is a critical role to be played by civil society organizations—like women’s peacebuilding alliances—that have strong grassroots ties and the ability to engage national and international actors. But this work involves long-term commitment and vision; it necessitates sustained support and funding. Relationships of trust are crucial to preventing and countering violent extremism, but they cannot be established overnight. They require organizations to demonstrate their trustworthiness and commitment to the local community over time.

These lessons resonate with an approach that has been termed constructive resilience. Used initially to describe the response of the Baha’i community of Iran in facing oppression and working for social change, this approach has wider applicability. Constructive resilience broadens the options available to a community affected by violence beyond the traditional responses of acquiescence, protest, or open confrontation. It implies an active and purposeful mode of responding to oppression—one that is not only non-violent but also non-adversarial. Constructive resilience suggests that moving toward a sustainably violence-free society will ultimately entail creating patterns of social engagement that move away from contention and toward collaboration, even while practical measures are taken to address injustices and suffering. By striving for consistency between ends and means, this approach seeks an escape from the pitfalls of traditional power struggles in which established powers use the resistance of the less powerful as a pretext for oppression, and in which opposition groups, if they manage to come to power, frequently end up replicating the behaviors of their former oppressors.

While different from the widespread violence of many war-torn regions in the world, the experience of the Baha’i community in Iran, which has borne nearly four decades of state-sponsored persecution, offers a useful glimpse of the applicability of this approach. In the face of systematic efforts to sap the vitality of their community, Baha’is have responded with ingenuity and a strong sense of agency. For instance, after all Baha’i students and professors were banned from institutions of higher education in the country in the 1980s, rather than taking to the streets to protest in indignation, the community created a decentralized system of university education taught by volunteer faculty, which has been increasing its capacities and expanding its degree offerings to this day. This action arose not with the intention to retaliate against the government, but out of the community’s sincere desire to educate its youth as they were denied access to higher education.

Among the elements of the Iranian Baha’is’ constructive resilience, Professor Michael Karlberg of Western Washington University identifies the following in an article on the subject. The Baha’is of Iran, he writes, have demonstrated “a long-term perspective accompanied by faith, patience, and perseverance; rejection of all divisive and adversarial forms of social or political action;... reliance on the power of personal example; the peaceful construction of viable, alternative institutional models; the steady attraction of others who are invited to voluntarily embrace these patterns of individual and collective life;... a commitment to meet hatred and persecution with love and kindness; acceptance of the role that hardship and adversity can play in processes of personal as well as collective growth and development; and the principle of active service to the welfare of others, regardless of their backgrounds or beliefs, even under oppressive conditions.”

At a time when growing numbers are grappling with how to advance social change in the face of mounting injustice, there is a real need for questioning established paradigms and received wisdom. Constructive resilience lends weight to the view that peace is possible and practicable, and it is a framework that is consistent with the experiences of many women peace activists around the globe. Their work takes seriously what many have already come to recognize—that our global interconnectedness demands new approaches that build rather than erode social cohesion. 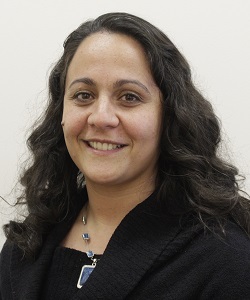 Negar Abay is the representative for gender equality and the advancement of women with the U.S. Baha'i Office of Public Affairs. She also currently serves as vice-chair of the executive committee of the U.S. Civil Society Working Group on Women, Peace and Security. She holds a Ph.D. in international education policy with a focus on gender equity from the University of Maryland, College Park; an M.A. in human geography from the University of California, Berkeley; and a B.A. in geography from Middlebury College. 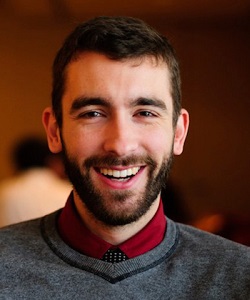 Alex Vedovi is a fellow at the U.S. Baha’i Office of Public Affairs, where he engages in research and writing on global and domestic issues of human rights, gender equality, and sustainable development. He has lived and worked in Haifa, Israel, and Mexico City, where his professional and volunteer efforts centered on education, community development, and youth empowerment. Vedovi holds an M.A. in Latin American studies from the National Autonomous University of Mexico and a B.A. in history and English from the University of California at Davis.