A Discussion with Monica Slinkard, Medical Director of LifeNet International

Background: Burundi presents special challenges, for all the population, but especially for women. It faces both the aftermath of civil strife and continuing political uncertainty. Health indicators are among the worst in the world. Monica Slinkard works with an NGO which trains nurses who work in faith-linked clinics. This conversation focused on approaches to family planning in the light of varying religious beliefs. She emphasized the diversity of approaches to family planning among Christian-run clinics, and the importance of cultural attitudes as a factor in women’s decisions and their capacity to decide. Relationships are critical: relationships of those trying to help with nurses, relationships with pastors who exercise considerable influence, and nurses with patients. On September 6, 2013, Katherine Marshall discussed these issues with Monica Slinkard as part of an ongoing review of faith and family planning for the United Nations Foundation.

How long have you been in Burundi? What is the nature of your work?

My assignment with LifeNet International is for two years, and I have been here for a year. My base is Bujumbura [the capital], but I spend up to 70 percent of my time upcountry, supervising clinics. We support clinics that are church-linked. Thus I get to know our partners pretty well.

The majority of the population of Burundi is Christian—perhaps 75 percent, and of those some 60 percent are Catholic. The rest are “traditional Protestant” and Pentecostal. The reality is that there is considerable diversity among the congregations in their attitude and approach generally. This also applies to family planning.

There are about 114 faith-linked clinics in Burundi. Slightly more than half are Catholic. This is of a total of more than 800 clinics and hospitals nationwide. This overall number has increased from three years ago when there were around 600. Thus today about 14 percent of facilities are run by faith institutions. Overall there are about 300 doctors in Burundi, for a population of 10 million. An implication is that the crucial roles are played by nurses, who run most clinics.

Opening a clinic is a big undertaking. All clinics must be certified. And there are regular inspections by the government. There are an increasing number of private clinics. The effort and government policy is to move towards performance-based finance. The faith clinics thus tend to function quite a lot like public clinics but with some more freedom. They can, for example, buy medicines from different sources.

An issue is that the government has the false impression that the faith-run clinics, because of their connection with churches, have lots of money, so they (the government) are less likely to respond to requests for funding. They may turn away requests. Legally they are not supposed to do so but in fact they do.

Why would someone go to a faith-run clinic?

My impression is that the reasons are very diverse and depends very much on the clinic. Some would go based on location, some because they know people there, for example through their congregation. But the general reality is that most people have a choice. There are some differences among clinics as to whether they accept government support and policies. Women are likely to listen to what others in the community are saying about a clinic. Have they heard that at a certain clinic the babies do not die? The mothers had a good experience? In short, there are very different reasons.

How does LifeNet operate?

Our approach is to help the clinics to be outstanding. One of our goals is to encourage the nurses to be kind to patients. There is a strange tradition in Burundi where nurses are often mean to women in labor. We try to demonstrate that this can in fact be harmful to the woman and baby. Fear can lead to complications.

In all clinics, given the shortage of doctors, especially in the rural areas, it is the nurse who is in charge. But the pastors play important roles. It is thus important that we engage with the pastors on the issues. It is also important that our training of nurses is done in ways that are acceptable in the community.

We are engaged in a constant process of assessing what they think they need and how we can support them. LifeNet offers many different kinds of training—care of children, responses to specific diseases, etc. That includes family planning. My experience is that our effectiveness in knowing how to help and in being able to deliver is all in the nature or our relationships.

How do you approach family planning?

We offer training in family planning. Our view is that women should have a choice, and that spacing births and having babies is both medically important and ethically justified. We support the MDG goals on family planning, seeing it as a linchpin of women’s and infants’ health. There is much evidence that family planning can reduce maternal mortality by 20 to 30 percent, infant mortality by 10 to 20 percent, and abortions by 70 percent. There are lots of unsafe abortions. Thus family planning is really important and it is more than a simple health issue. It is, however, emotionally sensitive, and involves cultural and gender relations. It must be approached with nuance and sensitivity and respect for the culture and for the individual.

We would like to support women’s and couple decisions but we also recognize that the reality is that women often do not really have a choice because of cultural norms. Our training is twofold: we offer information about medication through a case study method as well as teach natural family planning methods. Thus someone comes to the clinic complaining of X symptom. How do you counsel her? This specifically responds to the fact that fear about symptoms and lack of knowledge of what the side effects mean is a big reason why women stop taking the pill or other methods. They simply do not know what is normal, or what happens, for example, if you miss taking a pill. Our approach is to encourage women to adhere to their choices by giving them accurate information. We also teach nurses about natural family planning methods in great detail so that nurses can offer these methods as a realistic, and effective, option to the women desiring a natural approach.

We find quite a range of understanding of the issues of family size and of options for family planning. We work with both Catholic and Protestant clinics. Some of the Catholic clinics are run by sisters who have considerable international experience. They tend to be quite well informed about national family planning policies and issues. The Pentecostal nurses tend to be much more local and have thus had less experience. There is also more diversity among them.

And what do you find in the way of attitudes towards family planning?

All health clinics are required, legally, to follow the government’s policies on family planning. That means that at a minimum they must offer counseling. The government policy requires that all clinics offer free care to mothers (expectant and after birth) and children up to 5 years old. Contraceptives are offered free, but, since the service is free, the policy may encourage larger families since the direct cost of having children is not an immediate issue.

There is some uncertainty as to how these policies will evolve in the lead-up to the 2015 elections. One possibility is that there will be more overt support for large families. But the culture and norm has always supported large families, so this is not new. The average Burundi woman has 6.4 pregnancies over her lifetime and this has not changed significantly in recent years. A plus in Burundi is that there is less adolescent pregnancy and early marriage. What is most practically at issue is the government funding of free health care for women and children.

Abortion is illegal and we offer no training on abortion. There are some NGOs that deal with treating women following abortions.

A 2011 survey indicated that 70 percent of clinics offer family planning. However, only 20 percent of families use family planning. There is thus a gap. The services are clearly available, but there are reasons other than access that are preventing women from using the services. Cultural and religious issues are clearly important. In general, the churches are influential, because they are generally pro-family (meaning large families). I am not sure how this might have changed since the conflict.

Our general experience confirms what has been found in various studies, that the nuances of language matter. For example, talking of spacing births is far more acceptable than limiting births per se. You need to use language that does not trigger negative reactions.

How do the clinics you work with differ in approach?

The majority view among the Catholic-linked clinics (and these are the majority) is standard and quite clear: they rarely go beyond counseling. They are in theory able to offer specific counseling on Catholic-approved “natural” family planning (standard days, two days, beads), but the fact is that few appear to promote or publicize these techniques actively. And the fact also is that most people are well aware of the Catholic stance and would be unlikely to go to a Catholic clinic looking for family planning supplies or even advice.

The two day method (promoted by Georgetown University) can be 96 percent effective if used properly. And thus it can help women from any faith. However it does require the cooperation of the partner, who must be willing to use a condom or abstain during the fertile period, and this is not always the case.

The position among the other clinics (Pentecostal and other protestant) is much more varied. They tend to take a lead from the pastor and thus the pastor’s attitude. The Pentecostal clinics, however, have since 2008 adopted a common position, that they do not offer modern medication forms of family planning (i.e. contraceptives). They also are not allowed to offer family planning methods like sterilization. Since the government supports these methods, the stance is purely on theological grounds.

Is the Pentecostal community growing? Where did it begin?

I am not sure how far it is growing. The Pentecostals began in Burundi with Swedish missionaries who came in 1935 from the Congo. There was a connection to Sweden for a long time, quite a strong one. But today the leadership is largely from Burundi, though there is some connection still to Sweden. On family planning my sense is that the stance of these churches is quite independent of Sweden.

Are the pastors men? 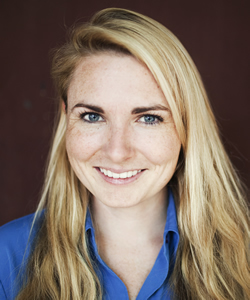