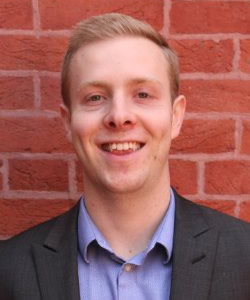 Austin Rose is a former undergraduate student in Georgetown College (class of 2018), where he majored in government and pursued a certificate in Latin American studies. During the fall 2016 semester, Austin studied at Universidad Iberoamericana in Mexico City, Mexico and blogged as part of the Junior Year Abroad Network. He is interested in U.S. immigration and refugee policy, particularly how it affects unaccompanied migrant children. As recipient of the Andretta Fellowship through the Center for Social Justice, Austin conducted research this summer on best practices for meeting the needs of Special Immigrant Juveniles, a classification of immigrant children in the United States who were abused, abandoned, or neglected by their parents. Austin was also involved with various programs through the Kalmanovitz Initiative for Labor and the Working Poor. After graduation, Austin enrolled in Georgetown's Law School and is now studying to become an immigration lawyer.