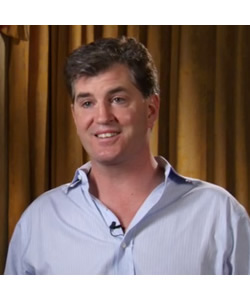 Jim Whitaker founded Project Rebirth shortly after the attacks of September 11, 2001. The Project Rebirth documentary combines the minute-by-minute redevelopment of the site and represents the first long-term film record of people coping with grief and trauma. He is currently the Chairman and Producer of Whitaker Entertainment at Walt Disney Studios. Previously, Jim was the President of Motion Pictures at Imagine Entertainment and completed notable films, such as Cinderella Man, Flight Plan, Friday Night Lights, 8 Mile, and many others. Jim began his career as a documentary filmmaker to raise money for nonprofit organizations. He wrote and directed Loaded, an award-winning public service announcement against drinking and driving, in memory of a Georgetown University classmate. Whitaker graduated from Georgetown University with honors in 1990 with a bachelor of arts degree in economics and earned a master’s degree in fine arts from the Peter Stark Producing Program at the University of Southern California.