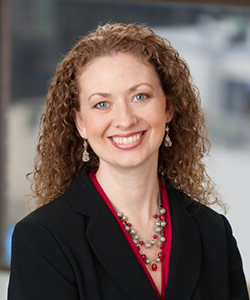 Layli Miller-Muro is the founder and executive director of Tahirih Justice Center. She established Tahirih in 1997 following her involvement in a high-profile case that set national precedent and revolutionized asylum law in the United States. Fauziya Kassindja, a 17-year-old girl who had fled Togo in fear of a forced polygamous marriage and female genital mutilation, was granted asylum in 1996 by the U.S. Board of Immigration Appeals; this decision opened the door to gender-based persecution as grounds for asylum. Using her portion of the proceeds from a book she and Kassindja co-authored about the case, Do They Hear You When You Cry? (1998), Miller-Muro established Tahirih. Prior to joining Tahirih, she was an attorney at the law firm of Arnold & Porter and an attorney-advisor at the U.S. Department of Justice Board of Immigration Appeals. Miller-Muro received her B.A. from Agnes Scott College and J.D. and M.A. in international relations from American University.