A New Perspective Resulting from an Old Conflict 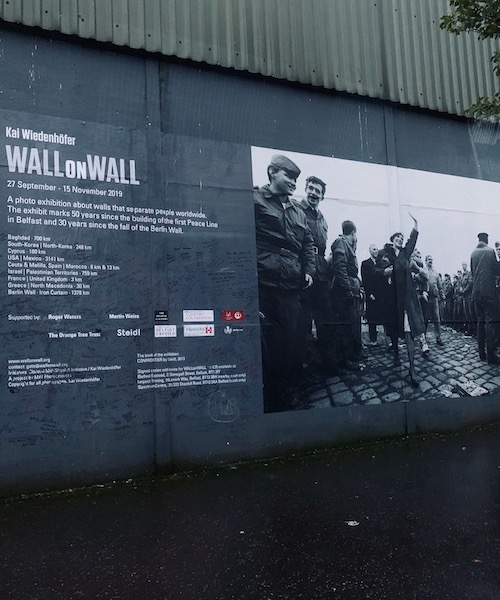 As an Orthodox Christian born and raised in southern Alabama, where churches are found on almost every street corner, I always took my understanding of Christianity for granted. Growing up, almost everyone I knew was Christian or at least vaguely understood Christianity even if they were non-religious. While I, of course, learned about other religions and knew individuals who practiced them, I always felt most knowledgeable about Christianity and have taken pride in such knowledge. Despite having to explain my denomination to my Baptist, Methodist, and Catholic friends, I never felt targeted or ostracized for it. Though friends and classmates might not have understood my Orthodox Christian faith, and at times questioned it, we were always able to establish a baseline of understanding that we shared a religion once I explained to them that I believed in many of the same fundamental Christian principles. Since coming to Georgetown, where interfaith understanding is a pillar of campus life, I have found a community of fellow Orthodox Christians who have helped me develop my understanding of our religion and other non-Christian religions in a tolerant and welcoming environment.

As a result of this background, when visiting Northern Ireland, a place about which I knew relatively little historically, socially, and culturally, I was shocked by the deep religious division in the area. My basic understanding of the Troubles lacked the nuance and specifics that separate this conflict from others, and I did not initially realize how deeply the hatred between Irish Catholics and British Protestants permeated the society. It wasn’t until I explored Derry and Belfast, where I saw the physical places of this dark history, that I realized its gravity for the region and the Christian faith as a whole in the modern era. Visiting historical sites in the region dating back to the Troubles and even before, I began to see that denomination was more than which church individuals attended on Sunday. For many, it meant life or death. Even today, the denominational line can be the difference between friend and enemy.

Moreover, for many the denomination matters less than the political division that it connotes. Hearing from both Irish Catholics and British Protestants, I began to see that while the issue is often described in terms of religion, it is merely a medium through which historically-rooted political differences are manifested. In Northern Ireland, behind the religious designations of Catholic and Protestant are Irish and British. According to a local tour guide, religion is only the tip of the iceberg in the larger sea of differences between the two group identities. In the most sectarian Catholic and Protestant neighborhoods, which are located barely five minutes from one another, names, cultures, and even languages are completely different, and the historical heroes in one neighborhood are villains in another. While they live in peace today, these divisions are by no means resolved. Observing the so-called “Peace Walls” in Belfast that separate the largest Catholic and Protestant neighborhoods, I saw the fragile peace that now exists is only a product of my lifetime. Observing the gates of this wall, closed and locked every evening due to safety concerns, I was equally shocked by the gruesome history and the present divisions that persist. While the region has changed drastically in the past two decades alone, and the mutual commitment to peace has held, the fact remains that a wall still exists, and even more so, a wall still needs to exist.

Though I left Northern Ireland saddened and humbled by the history I learned, I also left with a new perspective on the role religion can play in political conflicts. Even in a society that I might have otherwise considered fairly homogenous, and thus unlikely to be a place for sectarian divides, I learned that fierce differences can still exist, and historical conflicts, such as the one that plagues Northern Ireland, are never as simple as they seem. As I continue studying and observing the role religion plays in politics and societies in general, I will rely on my new perspective gained from visiting Northern Ireland, as well as a more humble approach to understanding my own religion, to better understand the nature of religious conflicts, which I hope will ultimately help me promote peace and understanding in the face of difference.