A Religion for Peace: How the State is Shaping Islam in Morocco

On Friday afternoon the king’s yellow jalabiyyah stood out in the sea of men clad in white robes who surrounded him. The imam recited Qur'anic verses, and the whole mosque executed the positions of prayer in almost perfect synchrony. I observed this scene on the television with a glass of mint tea in hand and my host mama and her friends chattering in Darija (Moroccan Arabic). My host bothers charged in the door after afternoon prayers, yanked off their own white jalabiyyahs, and asked about lunch. This routine is well integrated into my life in Morocco, yet each time I see such a public demonstration of Islam it raises many questions.

Before I came to Morocco I had always considered religion a private matter. While religion is practiced in a social setting when one attends any sort of religious service, I still considered religious beliefs a very personal and private matter. This view was reinforced by the principle of separation of church and state in America, even if it isn’t always adhered to in practice. But in Morocco no such separation exists. The king is not just the leader of the state, but also the “Commander of the Faithful” and draws a great deal of his legitimacy from his position of religious authority. The monarchy can trace its lineage back to the Prophet Muhammad himself, which adds to the king's religious influence.

While I thought is was invasive to film the king praying and then broadcast it around the country, in fact it is important in the eyes of the monarchy for the Moroccan public to see these images. The public needs to be reminded that the king is a pious man who takes religion seriously and thus suggests all Moroccans should too. The monarchy is heavily involved in shaping the public discourse and practice of Islam. All around the world there are questions of who speaks for Muslims, and who determines what the values of Islam are. This is of grave importance as misunderstandings, assumptions, and fears abound from the media’s focus on Islam as is used by terrorist groups and individuals attempting to legitimize violence taken for a political end. To address this issue Morocco has undertaken an extensive program to shape Moroccan Islam as moderate, tolerant, and peaceful.

One of their major strategies at combating violent extremism that can result from the misinterpretation of Islamic scriptures and citing the texts out of context is to better educate all imams. An imam is the leader of prayers at a mosque and is at the forefront of shaping the public’s understanding of Islam through their public addresses. Morocco now trains all of its imams at the Mohammad VI Institute in Rabat, where the students not only take religion classes, but psychology, history, and social studies classes. The future imams learn more practical skills related to dispute resolution and group psychology so that they can better address the needs of their community. The hope is that the imam will better connect with the community and will be able to offer advice beyond a specific prayer. Only an imam certified and trained by the Moroccan government may then preach and lead prayers.

The Mohammad VI Institute has become well-known outside of Morocco and students now come from a variety of countries across Africa, the Middle East, and now Europe. France and Morocco recently signed an agreement to have many French imams educated at the institute. The diversity at the school hopefully adds to creating a tolerant vision of Islam. As so many Muslim countries are disrupted by violence, I, like many Moroccans, am hopeful that this program will be successful in better educating the public on the open and tolerant values of Islam. However, I am also left with questions regarding how the government will be able to balance respect for individual freedom of belief with promoting a single understanding of Islam to counter violence. While Islam and the Moroccan state are inextricably linked, by observing local Moroccans and the diversity in the practices of Islam, I am also certain religion here remains a personal concern. 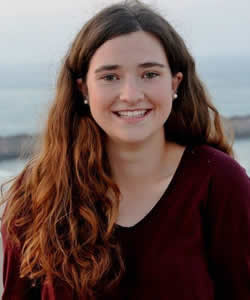 Katherine Butler-Dines graduated from Georgetown University in 2017 with a regional studies major and a focus on the interplay of democracy and religion in Middle East. Katherine was a student fellow in the 2015-2016 Doyle Undergraduate Fellows program at the Berkley Center and was a Junior Year Abroad Network blogger during her fall 2015 semester in Morocco.