In 1971, the United States was central to UNESCO’s mission, but the People’s Republic of China was isolated from the world. It had no World Heritage sites and showed no evidence of public religious activity. But shortly after U.S. President Richard Nixon announced a visit to China in July 1971, China resumed its UN and UNESCO memberships. By the 1980s, China had been recognized with its first World Heritage site and a massive religious revival was underway.

Today, nearly half a century later, the United States is withdrawing from UNESCO, and China eagerly seeks a greater role in the organization, which has recognized China with the second highest number of World Heritage sites in the world. These reversals, together with the fact that some of China’s World Heritage sites are also religious sites, raise questions about the role UNESCO sites play in China’s religious landscape, particularly for religious believers. Second, given the U.S. withdrawal, how might a larger role for China shape international efforts for environmental and cultural protection?

Western observers worry that World Heritage site development and promotion of tourism in China will attract too many visitors, and that too many of them will lack religious faith and damage sacred sites.

In fact, what seems simple and straightforward—more visitors leads to more damage—is not so. Rather, multiple issues and perspectives are at work, among government and society members.

Let’s look at the sacred Buddhist (and World Heritage) site of Wutai Shan as an example, drawing on Robert Shepherd’s excellent book on China’s religious heritage and tourism.

Central government officials in cultural preservation applied for World Heritage designation by downplaying Wutai’s religious importance to emphasize its cultural “Chineseness” and natural beauty. But Beijing also demands that local authorities boost economic growth. So local officials, not just at Wutai Shan but throughout China, view religion as a source of generating revenue, as I found when they advised Protestants to plan new seminary campuses as tourist destinations. Thus, they welcome an influx of tourists.

What about Buddhists themselves?

Shepherd points out that as Wutai Shan’s admission price has risen, most visitors are now religious believers, as they are the only ones who are willing and able to pay the high admission fees. And the increase in fees has skewed attendance toward middle class and more educated visitors.

Further, for local Buddhist clergy at smaller area temples, they welcome the tourist increase. These monks and nuns hope to use the greater income to rebuild temples, increase their community’s reputation, and expand religious activities.

In fact, the case of Wutai Shan reveals not only such unexpected and divergent perspectives but also illuminates deep cultural differences between China and UNESCO. UNESCO’s World Heritage designation conceives of heritage sites as free of commercialism and permanent human residence. They are protected as “pristine” sites.

Therefore, in order to satisfy UNESCO World Heritage standards, the Chinese government created concentric buffer zones around Wutai Shan and forcibly removed and resettled local inhabitants, their residences, and businesses from the area around Wutai Shan. By contrast to such Western values, historical Chinese values, as Robert Shepherd points out, have long embraced a blend of religion, tourism, and commerce.

Internationally, what impact will the U.S. withdrawal and China’s engagement have?

Most clearly, UNESCO funding will drop by 20 percent. Less clear are the impacts on environmental and cultural preservation efforts worldwide and thus on religious practices. At a minimum, we might expect China’s World Heritage sites to increase in number, overtaking Italy as the top country. (It has nearly five dozen sites under consideration.)

Further, the People’s Republic of China might promote alternatives to the view that heritage sites should be “original” constructions and allow for their rebuilding, renovation, or expansion, as has occurred in the Wutai Shan area. This should increase religious activities. (In other UN arenas, the Chinese Communist Party-state has promoted its alternatives, for example, that human rights might be viewed as government capacity to enforce legality and provide social welfare.)

Overall, although China lost a campaign to lead UNESCO in 2017, its influence will undoubtedly grow inside the organization.

In short, within China, UNESCO’s World Heritage designation has led to the physical alteration but also the renovation and expansion of religious sites, mixing commercial energy with religious faith opportunities. Beyond China, the impact on international cultural and environmental preservation is less clear but will likely be quite consequential. 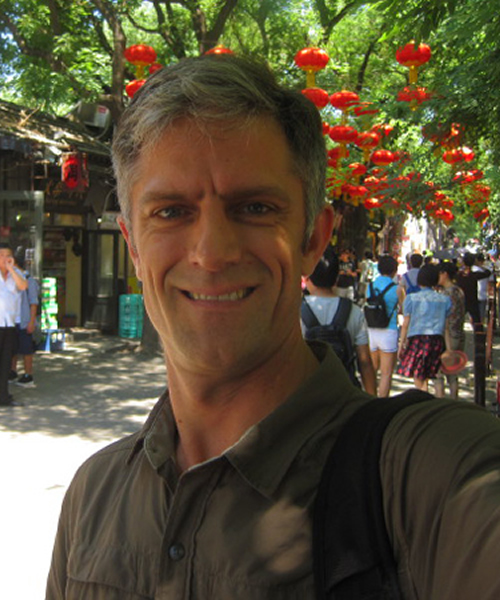 Carsten Vala is associate professor and chair of the Political Science Department at Loyola University Maryland. His research interests in China’s state-society relations and its religion and politics resulted in the book The Politics of Protestant Churches and the Party-State in China, God Above Party? (2018).