Black ancestral rage can be defined as anger or emotional residue that contemporary Black people experience when confronted with the history of their oppression. It is the manifestation of uncontrollable emotion that grips the Black subject when they learn of the atrocities committed against their Black forbearers. It is, as I am coming to learn, not limited to any one cultural articulation of Blackness, but is instead grounded in the construction of the ancestor as an abstract entity with whom one imagines particular spiritual, familial, experiential, or cultural bonds. Beginning to situate myself amongst my Black South African ancestors, I have had to contend with Black ancestral rage.

Walking around the Great Hall of the Voortrekker Monument, I’m so furious that I can barely breathe. A stress migraine creeps across my temples as the air in the room becomes heavy with the weight of emotions unshed. The history displayed so proudly on these four big walls paints a specific picture, one riddled with power asymmetries, deceit, and revisions aimed at shaping white settlers as the unwarranted recipients of Black aggression. These walls do not depict Dutch settlers killing Black women and children; do not clarify that it is historically unknown whether Chief Shaka Zulu sat down and signed a document ceding land to the Dutch settlers; do not contextualize that if such a meeting were to have happened, it would’ve required the Zulu chief to be knowledgeable of European understandings of individual as opposed to communal land ownership; do not show how white weaponry slaughtered the Zulu warriors.

The Voortrekker Monument is an ode to the “founding fathers” of South Africa. Commemorated as a heritage site situated in Pretoria, it represents the inception of the Dutch settlers who would multiply and eventually brand themselves as “Afrikaners” in what is now South Africa. On the walls of the monument, this colonial history is etched into several marble panels that track the development of interactions between the native Zulu tribe and the Dutch settlers from contact to conflict. As the panels progress, the Zulus are depicted as becoming increasingly aggressive with the newly settled Dutch, going so far as to hold settlers hostage and kill Dutch women and children in cold blood, as the architect Gerard Moerdijk depicts. Such coldness serves to justify the assassination of the Zulu chief, the subsequent slaughter and displacement of his tribe, and the further settling of Dutch colonists in early South Africa. These events, however, are not displayed.

In this moment, my rage is visceral. It stems from the deepest roots of my being that connect back to time immemorial; it stems from my ancestors. I am angry at this display that blatantly privileges whiteness, rather than contending with the historical complexity that would equalize the narrative. The Zulu people were not animals targeting the Dutch, but a people fighting for their lives amid colonization. Their acts, while perhaps also violent, were perpetrated in response to the Dutch settlers encroaching on their land, abusing their people, and fundamentally altering their way of life. Contending with this history means that I can neither condemn nor absolve my ancestors of their own violence, but must recognize them as people attempting to survive.

Existing as Black in South Africa requires grappling with an anger that is not my own. While the diffuse and amorphous nature of Blackness is difficult to articulate, the imagination of ancestral ties of unity situates me, a Black American, within a larger Black spiritual emotional space. My Blackness links me to this space, ties my foreign body to the history of South Africa, and allows me to feel this history on multiple levels. While my ancestral rage may occasionally overwhelm me, it is a lens through which I can complexify and more deeply engage with my experiences in South Africa. 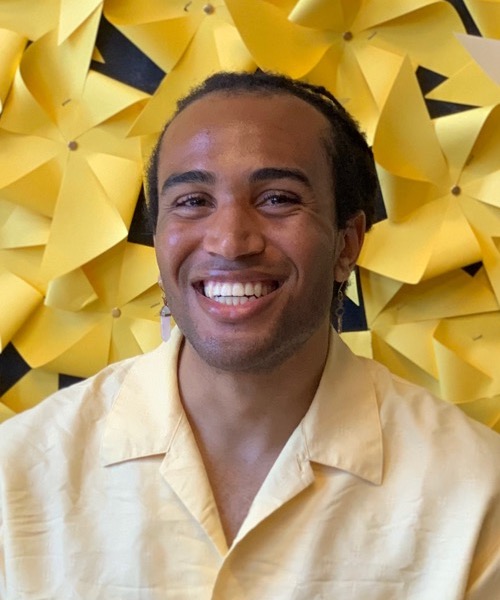 Teak Hodge (SFS'21) graduated from the School of Foreign Service in 2021, having majored in culture and politics with a concentration in international human rights. During the fall 2019 semester, Teak studied in Cape Town, South Africa through the School of International Training and shared his insights through the Junior Year Abroad Network.