In the United States, the terms “Hispanic” and “Latinx” are used to refer to people who are of Latin American or Spanish origin, an umbrella term encompassing races, ethnicities, nationalities, and cultures that share the common thread of the Spanish language. Though these identity labels are rarely used outside of the United States, Americans grow up with them on censuses, college applications, in the media, and so on; categorizing people under a Hispanic or Latin origin feels normal to us. This grouping, additionally, is often implicitly associated with a notion of “Hispanic race” encompassing individuals from Spain or Latin America who generally look distinct from those with other European ancestries.

Argentina, however, does not quite fit into these racial or cultural assumptions. During one of my first weeks in Buenos Aires, my host mom, who lived in Portland, Oregon, for several years, told me at dinner that people in the United States often did not believe her when she said she was from Argentina, thinking instead she must have been European due to her lighter skin tone. In her experience, Americans expected people of a Hispanic origin to also be of a darker skin tone, representatives of an imagined Hispanic race.

Racially and culturally, Argentina differs from many of its Latin American neighbors, but I, too, have found myself guilty of this same pattern of thought. Even as someone who had previously reflected on the inadequacy of the terms “Hispanic” and “Latinx” as identity labels, I was still struck when I arrived in Argentina by how white the population was and how European their culture seemed. Though Argentina does share much in common with the rest of Latin America, it also possesses distinctly European influences, owing to a large influx of Italian and Spanish immigrants in the nineteenth century: Much of Argentine cuisine more closely resembles the simplicity of Italian food than the typical spices of Latin America; ciao is used in place of adios; and many Argentines look more similar to Italians than they do their neighbors in Bolivia or Uruguay. In the United States, this whiteness and European influence might equate to non-Hispanic; in Argentina, however, the categorizations of Hispanic and Latinx themselves aren’t used at all; only upon traveling or moving to the United States are individuals forced to confront these terms and their implicit associations. In Latin America generally, people are more commonly categorized by nationality: Argentine, Venezuelan, Chilean, Uruguayan, and so forth.

Questions of race, ethnicity, nationality, culture (and the way that these identities are experienced by different individuals in different contexts) will always remain complex and varied, and the terms “Hispanic” and “Latinx” do little to acknowledge this diversity. My experiences in Argentina have not only forced me to re-examine the way that “being Hispanic” is collectively imagined in America, but to acknowledge that the term itself is clearly U.S.-centric, ambiguous, and not necessarily useful as a categorization of origin, ethnicity, race, or culture. As our globalized world facilitates more and more migration and cultural interaction, I’m reminded that sometimes we must reexamine the ways in which we imagine the origins and identities of different groups of people; these assumptions may not be as accurate as we think. 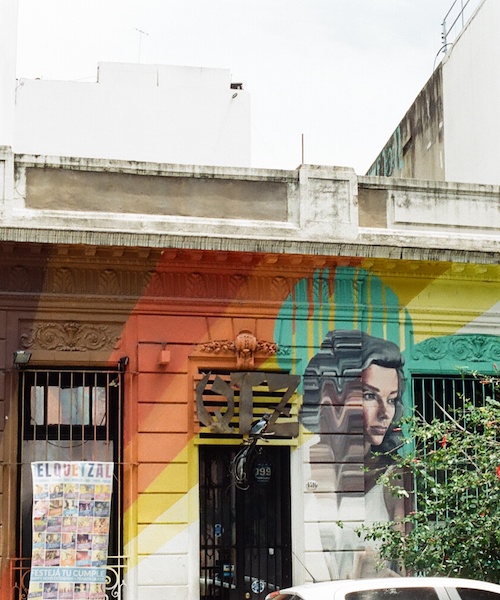