Bethan McGarry on Divorce, Marriage, and the Church in Chile

Having dinner with a few friends this past weekend in the city of Valparaiso, the common topic of our home lives with host families here in Chile came up yet again. This particular discussion focused on the dynamic of our relationship to our host parents, and we noticed that of the six of us there together, only one had a host “dad;” the rest of us live in families with divorced single mothers. While my friends and I having dinner are by no means a statistically comprehensive or relevant sample, it is interesting to note how common divorce seems to be in the Catholic country of Chile, especially considering it was still illegal as recently as 2005.

Since the new Chilean divorce laws in 2005, separation rates have almost quadrupled in Chile. (Before 2005, annulment was the common way to separate, and many couples would purposely leave loopholes in their vows in case something went awry). Despite the prevalence of divorce in Chilean society, however, there is still a stigma attached to being divorced. In an enlightening conversation with a divorced Chilean woman in her 40s, she told me that her relationship with her father and brothers became strained after her divorce, because she was the driving force in ending her unhappy marriage. Her relationship with her sister and her mother, whom she characterized as being less religious than the males of her family, was not affected.

In thinking about my experience of the Chilean perspective on marriage, I came to realize that many of the people I have spoken to have expressed a general sense of disillusionment with the institution. I have heard more than one single host mother of a fellow exchange student here scoff at the idea of marrying her current boyfriend (many of them date), and it is not uncommon when talking to Chilean peers about marriage to be told that it's something they never intend to do. When Chileans do marry, it is usually when they are older than the typical age in the United States, sometime in their mid-30s.

Maybe the Chilean aversion to marriage has something to do with the legal rigidity with which it was maintained for so long, and now the societal stigma that remains for those who end it. Maybe disenchantment with traditional family structures is yet another way that Chile is moving away from one type of society—one that is patriarchal, intensely family oriented, and religiously defined—and moving towards another type, one that could be called more liberal. Chile self-identifies as the most progressive country in South America, and perhaps even all of Latin America; while this perception is certainly backed up by economic, and perhaps even political and structural realities, in terms of gender equality, acceptance of homosexuality, and racism, Chile still has ground to cover that other countries, for example Argentina, have come closer to figuring out. Though I have certainly heard ideals of gender equality and independence for young professionals expressed, in practice, it is evident that the Chilean perception and treatment of women is somewhat different from what I am used to in the United States, especially in the household, and many of the 20-something Chileans that I have met still live in their parents' homes.

You could say that the antipathy towards marriage that can be perceived when discussing the subject with many younger Chileans, and even some older ones, is an expression of the desire to be independent and progressive. The anti-marriage sentiment, however, may be a somewhat misdirected step forward when it is taken in light of the reality that many Chileans are dependent on their parents into their thirties and, almost invariably, when Chileans do settle down it is the mother or wife figure (or for wealthier households, female nannies) who are expected to do all of the domestic labor, from making each family member's bed to washing the dishes after every meal. 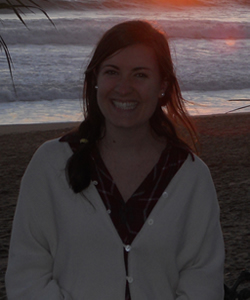 Bethan McGarry graduated from Georgetown's School of Foreign Service in 2012 with a degree in culture and politics. She participated in the Berkley Center's Junior Year Abroad Network while studying in Valparaiso, Chile during the fall semester of 2010.
comments powered by Disqus