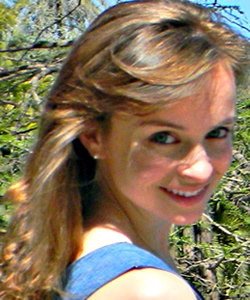 Jesus is always watching. Christ the Redeemer soars 700 meters above Rio de Janeiro—arms outreached protectively over everything from tarp roofs of favelas to penthouse pools housing, overwhelmingly, his Catholic faithful. With an estimated 127 million adherents, Brazil is home the most Catholics on earth. World Youth Day this past July brought Pope Francis, world news coverage, and about six million young believers to the beaches of Copacabana. Churches dot the skylines of both cities and farmlands alike, ancient reminders of a colonial Catholicism. A bird’s-eye-view of Brazil from atop Corcovado leaves the casual observer certain of Brazil’s dominating Catholicism. And only Catholicism.

So where does the vast, invisible community of souls living in the atmosphere above Brazil fit into the picture?

All the students in the 1 p.m.-3 p.m. Portuguese class were gazing intently at our professor, Adriana. The traditional after-lunch stupor was gone from our eyes as we leaned in attentively, every now and then gazing at our neighbors in awed confusion. Lounging casually at her desk, Adriana had just calmly explained the existence of an alternative universe, spirits, mediums, reincarnation, and a vast, invisible community of souls in the atmosphere above Brazil. With nonchalant confidence, Adriana introduced us to tales of séances, murder, science, and (most importantly) the undeniable truth of her own faith: Spiritism.

The Spiritist movement began in nineteenth century France with the writings of Hypolite Rivail under the pseudonym “Allan Kardec.” In his most famous work, The Spirits’ Book, Kardec codified the philosophy that would later sweep the world as the Spiritist movement. While this book and others written by Kardec and his followers provide detailed descriptions of Spiritist principles, what appears to be most essential to the movement is the belief that a spirit exists within each human body. This spirit reincarnates in a new body after death, ideally progressing towards spiritual perfection with each reincarnation. Beyond this, Spiritists also believe in the existence of other life forms in the universe, a God as the “Supreme Intelligence,” and an afterlife that is physically close to planet Earth: (hence the colony of souls floating over Brazil).

Spiritism took root in Brazil with the help of Chico Xavier (1910-2002), a celebrity medium from the state of Minas Gerais. Mediums are another critical aspect of Spiritism; they are those who can communicate with spirits of the afterlife through séances or other means. Xavier, for instance, was renowned for his ability to write letters from the dead to their loved ones (six of which were used as legitimate evidence in murder trials). The charisma and popularity of Xavier contributed to an explosion of Spiritist believers in Brazil.

Today, Brazil is the most Spiritist country in the world. With over 3.8 million believers, Spiritism is the third largest religious group after Catholics and evangelicals. In the city of Palmelo, for example, one in every seven people is a medium. The majority of followers are from my home in Rio de Janeiro, followed closely by São Paulo and Minas Gerais. Interestingly, most Spiritists are highly educated, middle to upper class elites (over 98 percent are literate). This can be attributed to the fact that Spiritistism demands intense personal study and research to be truly understood, as well as a common sentiment that Spiritism is more refined than traditional Catholicism.

As Adriana explained, however, Spiritism does not necessarily conflict with other religious beliefs. She, for example, considers herself both Catholic and Spiritist. Many claim Spiritism is not a religion, after all, but more of a philosophy. Accordingly, Adriana believes the reliance upon science of Spiritism allows her to understand much of what Catholicism leaves unexplained.

And she is not alone. After stumbling out of Portuguese class in a bewildered haze, I began to notice Spiritist subtleties hidden on the streets of Rio. The Spiritist Center of Rio de Janeiro (for example) is two blocks from my house, right next to the local Catholic school. Spiritism even infiltrates the media, making appearances in countless soap operas, songs, and even a 2010 biographical blockbuster on Chico Xavier. While the Catholic Church would undoubtedly not approve of certain tenets of Spiritism, that does not deter believers from nonchalantly merging the two doctrines into a subtle, powerful, ever-growing movement throughout Brazil.

It is simply a different point of view. While the panorama from Christ the Redeemer shows a landscape littered with churches, a glance up from the streets reveals a shimmering community of souls, casually co-mingling with Brazil’s Catholic icon.