Buddhism Survived the Khmer Rouge to Give Hope to Cambodia

A surreal feeling came over me as I walked through the killing fields located a few kilometers outside of Cambodia’s capital city of Phnom Penh. The nature surrounding the fields seemed so peaceful, but listening to the personal stories of the survivors lent a sense of disturbance to the area’s seeming tranquility.

Along the side of the path was a single palm tree with green palms that looked beautiful against the sky's blue backdrop. I then learned that such beautiful palms were once used to silence people’s screams by slitting their throats with the leaf’s sharp edge. The soil I was standing on had once held the final moments of thousands of Cambodians. Along the edges of the fields, there were still bones and articles of clothing that remain untainted some 35 years later.

Thousands of people (including women and children) en route from S-21 and other torture prisons entered the fields and never left. A memorial building with a combination of Buddhist and Hindu architecture holds the skulls and bones of many of the victims. Today, it serves to honor the memory of the estimated 2.5 million people, one-fifth of Cambodia’s population, who were killed under Pol Pot’s regime.

The Khmer Rouge regime arrested and eventually executed almost everyone suspected of connections to the former government or foreign governments. Anyone who spoke a foreign language or who was well educated was killed along with his or her family in order to eliminate the possibility of revenge. I heard a testimony today from one man who claimed to have seen a woman murdered because she stole two bananas for her starving children.

The death tolls climbed into the millions, as the Khmer Rouge believed it was “better to kill ten innocent people than to let one enemy escape.”

Despite being guilty of genocide and crimes against humanity, the regime’s primary leader, Pol Pot, lived a comfortable life until his death in 1998. The other leaders responsible for the genocide are being tried in the Khmer Rouge Tribunals international court. Despite the fact that the country and its people were nearly destroyed by this brutal regime, the Khmer people find peace and refuge in their spiritual roots.

Throughout Cambodia’s history, the cultural fabric of popular Buddhist traditions has played a pivotal role in establishing political and moral order, shaping Khmer ethnic and national identity, and nourishing solidarity among Cambodian villagers. Much of Cambodia’s cultural identity is ingrained in the camaraderie that accompanies Khmer Buddhism. Under the Khmer Rouge, however, religion and any form of civil society were outlawed.

In 1975, when the Khmer Rouge first took control of Phnom Penh, they tried to completely destroy Buddhism and very nearly succeeded. By the regime’s end in 1979, nearly every monk and religious intellectual had been either murdered or driven into exile, and nearly every temple and library had been destroyed or used as a prison.

Pagoda committees were the first form of social institutions to spontaneously re-emerge after the Khmer Rouge. Despite the vast social devastation left in the wake of Pol Pot’s regime, a large part of Cambodia’s post-conflict development is attributed to the reconstruction of Khmer Buddhism. This alone testifies to the resilience of the Cambodian people and—more specifically—expresses the importance of religious community for rural villagers.

While still very much shaped by the horrors of the past, present-day Cambodia possesses the characteristics of a serious developing country, where loads of traditional monks in orange robes mix together with the bustling motorbikes and tuk-tuks that characterize the streets. The culture is shifting, as a majority of the population now never knew the Khmer Rouge era. In Phnom Penh, the Khmer people tend to business as usual, while just 15 kilometers away the former leaders of the Khmer Rouge are being tried by an international court for genocide, war crimes, and crimes against humanity.

Cambodia is a nation at the crossroads, seeking to both confront its history and pursue justice for a conflict that left no one unaffected. Buddhist teachings reinforce the importance of forgiveness and emphasize the value of living in the present. While the older generation’s experience of the Khmer Rouge is still present in Cambodia’s public memory, there is also a strong sense of solidarity among those who are looking to take the next step forward. 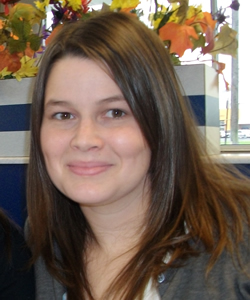 Bonnie Duncan graduated from Georgetown in 2013 with a major in English. She participated in the Berkley Center's Junior Year Abroad Network while studying in Vietnam and Cambodia during fall 2011.
comments powered by Disqus