College in the Time of COVID-19 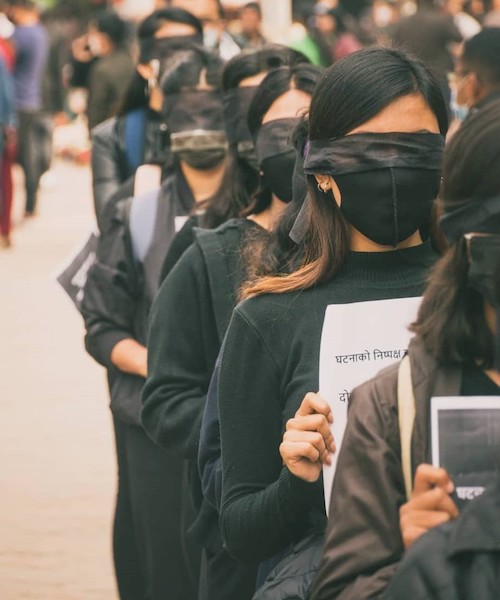 I expected to be on campus after my fall break, but that did not happen. Then I thought it would be November, maybe the semester break. But here I am, already four weeks into my second semester and I am still not on campus. Despite all of this, it does not make me as upset as it used to before. There was a time during my first semester when I had a complete breakdown because I felt like I was missing out on so much of “college life” and I was completely frustrated to stay home. I did not want to do anything; I did not want to meet anyone until one day I was just casually cutting my father’s hair when he looked up to me and said, “Well I don’t know any barbers to go to after you leave,” and that made me rethink all my frustration. It was not just me who was going through the crisis and had to stay home; everyone else was going through similar things, some had it worse, and some had it better. Him saying that made me realize that I could not do much to change the situation, but I could certainly help myself have a better attitude. Because sulky or not, the situation around me was going to stay the same.

So, I started doing a bunch of things in all my free time. I got back on track with my studies; I did some internships and a fellowship. Weirdly enough, I started to notice and appreciate the little things around me, like how my dog woke me up because he wanted a treat early in the morning or randomly meeting my friends for a scooter ride. I love the fact that we got to celebrate so many different festivals in Nepal and all the food that came along with that. I started noticing all these boring things that I never paid attention to before, like how my mom always filled my left drawer with snacks, and the late breakfasts we would have every lazy Saturday morning, all of which are things I will miss once I am away. I concluded that I had been wasting too much of my energy getting frustrated on the wrong things rather than enjoying what extra time I was fortunate enough to get with my friends and family back home.

Over the past six months or so, I have enjoyed every moment here. Once the restrictions were lifted, I went paragliding—and had never experienced fear like that before! On top of all that, I even got to see the snow while traveling on road trips with my friends. I went boating and hiking; I went to see the mountains. I learned to cook so many new foods, and for someone who did not know how to cook at all before, I make a pretty good cook. I picked up kickboxing and started going to the gym, which surprisingly became one of my favorite parts of my daily routine. I participated in protest rallies from when our prime minister dissolved the parliament. Finally, I read so much, I had to write so many papers and discussion posts that I had to increase the power of my eyeglasses. I learned so much.

My online semester did have its own challenges. There were power cuts and take-class-at-the-grocery-store-for-internet sessions. Internet issues alone would be another essay. Tracking all that coursework would have been hard without the time difference in the first place, but with the time difference, I felt like I only had 12 hours in a day. Reflecting on my experience, I can happily say that I was able to meet a lot of people, and I feel confident to say that I know more about my (eventual) host country than I did before. I could relate to all the experiences of cultural clashes that people had after being in Doha without even being there because of the interactions I have had with my peers through the Doyle Global Dialogue.

I have already made very close friends via WhatsApp and Instagram, and over the private message on Zoom. I would have never imagined that this feeling of being so far away from each other would make our class of 2024 so close. I know now what sweets people like to eat in Malaysia, and the holidays celebrated in Kazakhstan. I think it is because of the distance that we tried so hard to form these bonds. Obviously, we would have all preferred to meet under better circumstances, but we were able to make the best of our circumstances and salvaged the feeling of being a community despite the Zoom fatigue and the poor internet connections. Hoya Saxa!