Italy may be known for its imposing historic churches, from St. Peter’s Basilica at the Vatican in Rome to the Duomo of Florence’s Santa Maria del Fiore Cathedral; however, that does not make it a Catholic country. To be sure, a large portion of the population does identify as Catholic (83 percent), but those who regularly attend church at least once a week are in a significant minority (31 percent). I grew up in England—where the church attendance rate is somewhere around 10 percent—so this apathy did not come as a total surprise to me. However, it is fascinating to learn of the complicated relationship Italy has had with the Catholic Church, and how this plays into modern politics.

Historically, the Catholic Church has had a controversial role in Italian governance. In the last century, Mussolini formalized this relationship in the Lateran Treaty of 1929, recognizing the papal state of the Vatican and the Catholic Church’s role in education. However, Catholics later became one of the two major opponents to rise up against fascism: the Christian Democrats and Communists. Despite the ideological differences (Communists advocated atheism) both sides aligned together in resistance to fascist oppression. This unity is beautifully portrayed in the 1945 Italian film Open City. The film shows the lives of key members of the underground resistance in Rome. Critics laud Open City as the beginning of Italian neorealist cinema as many scenes recreate actual events that happened in Rome in the lead-up to the city’s liberation in June 1944. Open City displays the solidarity found between two opposing ideological perspectives. One of the most powerful scenes depicts the execution of Don Pietro Pellegrini (in real life, Don Pieto Morosini), a Catholic priest condemned for helping the partisan movement. Don Pietro’s defense of Manfredi, the Communist partisan leader, costs him his life. In spite of the German Nazi commander’s threats, Don Pietro declares, “I am a Catholic priest. I believe that those who fight for justice and truth walk in the path of God and the paths of God are infinite.”

Yet, while commentators glorified the unity between Christians and Communists at the end of Italian fascism, the Catholic Church did not successfully align with modern politics. After the establishment of an Italian parliamentary democracy, the Christian Democrat Party monopolized the government for almost 50 years. In the 1990s, their reign collapsed after a series of bribery scandals, known as Tangentopoli, and the Communist party gained power. Since this time, the Catholic Church has grown increasingly disconnected from the everyday lives of its members; for instance, the Italian government legalized divorce in 1970, abortion in 1978, and the abortion pill (RU-486) in 2009.

So the relationship between Italian government and Catholicism is complicated, at best, which perhaps explains why the population grows increasingly apathetic. At one of our first lunches at the Villa Le Balze, I asked our assistant director, Simona, about the attitudes toward religion in Italy. She waved her hand dismissively in response and said, “They all say they are Catholic, but no one ever really bothers with this.” Italy is Catholic in name but not in practice.

I observed this estrangement recently when the Italian lawmakers elected Sergio Mattarella as the new president of Italy. Mattarella is from the Christian Democratic Party; however his Catholic faith does not appear to play into his policymaking, nor does the Italian electorate seem particularly concerned with his religious affiliation. He’s been praised as an “observant Catholic in his private life but a secular politician” (Italy24). His key platform declares a crackdown on the Italian mafia, as well as ambitious plans to soften Italy’s economic woes. Mattarella is one of a party that no longer aligns with the conservative Catholic institution, but rather with “socially sensitive Catholicism” (to quote my Government professor, Debora Spini). In this sense, the social agenda of the Christian Democrat Party supersedes its Christian origins.

That is not to say that Catholicism is entirely irrelevant to Italian society; the country still maintains formal ties with the Vatican through the Lateran Treaty of 1929, public schools are mandated to teach an hour of religious education per week, and Italy is home to 25, 694 Catholic parishes, the highest number in the world for a single country. Nevertheless, while these ties are formal, the relationship itself is weak. Italy is not a wholly Catholic country since its Catholic origins do not define Italian social attitudes. 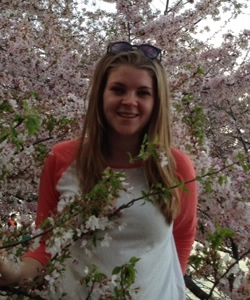 Julia Cripps graduated from Georgetown College in 2017 with a double major in government and English literature and a minor in economics. From London, England, during the spring 2015 semester she studied at Georgetown's Villa Le Balze in Florence, Italy and blogged for the Berkley Center's Junior Year Abroad Network.