“Cuba is a third-world country with first-world indicators,” said a guest speaker in my research course on Cuban demographics. Indeed, much about the nation of contradictions that is Cuba can be gleaned from her remark: an impoverished, import-dependent island that is isolated from many global economic nuclei keeps pace with some of the world’s most developed nations in categories such as literacy, infant mortality, life expectancy, healthcare quality and coverage, and educational access. Politics aside, that a nation whose average citizen earns $20 USD per month can make such strides towards quality of life is an impressive statement on behalf of Cuba’s social policy.

This is not to say that there are not real, critical problems in contemporary Cuba; I do not intend to romanticize the island. To arrive in this developing country as a student-tourist with first-world purchasing power and blissfully declare Cuba to be the clear choice from behind Rawls’s veil would be an affront to a struggling people. Freedom of expression in Cuba—more accurately, the lack thereof—is an obvious place to start.

For instance, there is not a free press, but rather an insipid, triumphalist media that is paralyzed by censorship and by its obligation to be an arm of the revolution. Even peaceful assembly and protest are prohibited in almost all cases. Moreover, international travel and emigration are restricted to the point of virtual impossibility. Economically, the nation has yet to recover from the trauma it experienced after the fall of the Soviet Union (which was responsible for the bulk of Cuba’s economic activity until its dissolution), and the dual-currency system that has been in place for two decades continues to burden Cuban citizens. Add to these challenges a clumsy bureaucracy and inadequate access to transportation, and life for the average Cuban quickly becomes rife with obstacles.

All of this comes at a decisive juncture for Cuba. The government is currently in the process of actualización económica—roughly, the updating of the economy. In light of recent changes such as the legalization of some private property and commerce, a gradual opening of the economy to market mechanisms seems likely (if not necessary). That said, I hope that the Cuban government of the future, whatever it may look like sans Castro, keeps in mind a saying that another professor taught me recently: “Uno no sabe lo que tiene hasta que lo pierde.” English has a direct equivalent: “You don’t know what you’ve got until it’s gone.”

The professor was speaking specifically in regard to the country’s healthcare system, about which he implied that many Cubans are less than enthusiastic. I can offer an admittedly unscientific corroboration of this implication from some trends that I have noticed in talking with Cubans. Almost inevitably, these conversations, should they delve into something topical, become an informal comparative study of the United States and Cuba. Strikingly, different conversations with different individuals yield eerily parallel conceptions of the United States: a country of wealthy individuals whose spirits are less encumbered, whose options are less limited, and whose access to goods or to institutions is greater. It is a certain manifestation of the American Dream.

In some respects, particularly with regard to wealth per capita, they are correct, and I tell them so. I also try to tell them, however, that while the prosperity in the United States that they imagine is surely possible, structures exist that impede its realization for an alarming portion of the population. Two such structures are, of course, American healthcare and education, which are often inequitable and sub-par. Cuba indeed lacks freedoms and elements of prosperity, but they have managed to secure basic human security in an impressive manner. And, in the end, it is indicators of quality of life that ought to comprise much of the fundamental valuation of a government.

On one level, to make the case to Cubans that their quality of life is somehow better than they know is awkward, if not arrogant, coming from a foreigner with twice their monthly salary in his wallet. That said, as Cuba evolves, I hope that whatever popular discontent may exist towards the country’s social services does not translate into the state’s discontinuation of their hitherto steadfast emphasis on healthcare, education, and the like. Reform need not come at the expense of Cuba’s first-world indicators; indeed, reform and continued investment in the nation’s human capital can form a kind of synergy towards a freer, more prosperous, and no less equitable Cuba.

The Cuban case is a demonstration of the power of a state’s priorities—benevolent and malevolent—and the feasibility of their realization. If uno no sabe lo que tiene hasta que lo pierde, then perhaps I ought to hope that some Cubans never quite find out what they’ve got right now, at least insofar as social services. Indeed, the forthcoming regime’s motivating question ought to be not necessarily what it can do instead, but what more it can do and what it can do better. 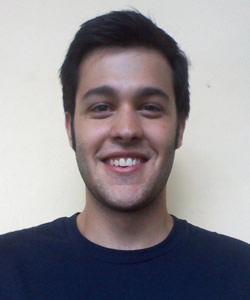 Nick Dirago graduated from Georgetown in 2014 with majors in philosophy and government and a minor in justice and peace studies. He participated in the Berkley Center's Junior Year Abroad Network while studying in Havana, Cuba during fall 2012. As a summer 2013 research fellow for the Berkley Center's Education and Social Justice Project, he researched the ethos and pedagogy of the Fe y Alegría network and the College of the Immaculate Conception in Lima, Peru, with a focus on socioeconomic integration in educational spaces.
comments powered by Disqus