Danish Mentality in an American World

In some ways, my semester in Copenhagen has seemed like a semester at another American school in another American city. My program is all American students, and with the exception of an introductory Danish class, I am taking classes that I might normally take at Georgetown. Danes speak English flawlessly and, like the majority of Western Europe, American pop culture has pervaded Danish radio, television, and cinema. Because of this, I did not experience a lot of culture shock and adjusted to life in Copenhagen quickly.

However, there are subtle reminders in everyday life that break through the American bubble in which I live. Among the most obvious differences is the use of bicycles and public transportation in Copenhagen. The number of cyclists in Copenhagen is a little shocking. They even have their own raised lane between the street and the sidewalk on major roads, and people of all ages seem comfortable navigating the city on their bikes. Rain or shine—and there is a lot of rain here —at least half of the residents of Copenhagen will bike as their primary means of transportation. Between the Metro, buses, and regional trains, I have never felt the need for a car because the greater Copenhagen area is completely accessible by other means.

The work mentality is also very different from the United States. Danes will often take multiple weeks off during the summer for vacation and rarely work overtime. They also seem to define themselves less by their occupation compared to Americans. The question “What do you do?” is not among the first things a Dane will ask you when you first meet. After students finish high school, or gymnasium, they generally work or travel for a couple of years before starting university. Once they begin university, most Danes do not get jobs or internships because school is free, and they receive a living stipend every month to pay their rent and expenses. There is little financial stress for students in Denmark.

Perhaps one of the things I’ll miss most about Denmark is how much less sexism there is compared to most of the world. Denmark has one of the highest rates of female employment. Men are not expected to the hold the door for women or pay for first dates; most important to me, there has not been a single time that I was catcalled, stared at, or harassed on the street since I’ve been in Copenhagen. Whether going for a run or simply walking home by myself, I have never felt uncomfortable because of a stranger on the street.

Of course, there are problems in Denmark. Immigration is one of the most contentious issues at the moment. The shooting in February triggered fear for the loss of freedom of speech and anxiety for the fact that anti-Semitism has not dissipated here.

However, for the most part, I like the way people live their lives in Denmark. It is organized and efficient. People follow the rules because the rules make sense. There is less stress over work, school, and being able to pay the bills. I will miss this mindset when I leave, but hopefully I will be able to incorporate some of it into my life at home. 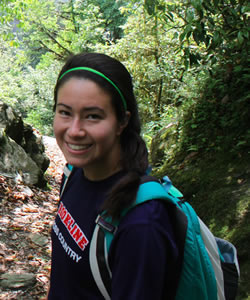 Sarah Madoff graduated from Georgetown College in 2016 with a major in biology. Born and raised in Boston, she spent the spring 2015 semester in Copenhagen. She focused on sustainability and healthcare in Denmark while studying at the Danish Institute for Study Abroad and blogging for the Junior Year Abroad Network.
comments powered by Disqus