Discovering the “Law of Jante” in the Swedish Welfare State 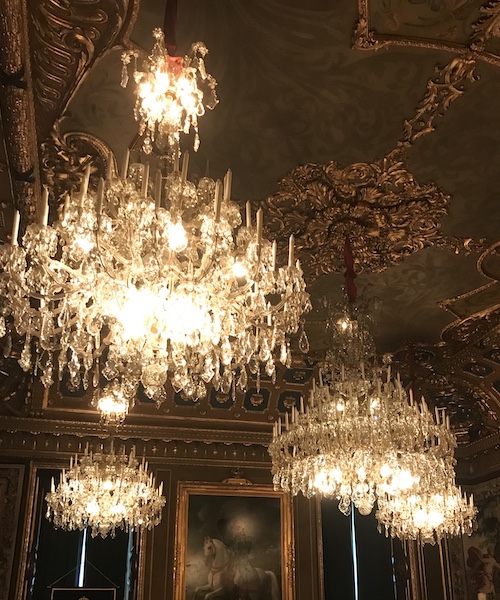 Arriving in Sweden I had my ear to the ground. My understanding of the country as a welfare state led me to be curious about its culture. What it could it possibly be about Sweden—a place where a social democracy can supposedly thrive—that makes it differ so much from the United States? Studying public health here has led me to understand how the system works, but it wasn’t until I learned about Jantelagen, a unique cultural theme embedded in Swedish society, that I really felt I had begun to understand the root of Sweden’s cultural differences from the United States.

In my Swedish Language and Culture course, we spend each class session learning the Swedish language in conjunction with cultural norms and practices. Although my Swedish is coming along relatively slowly (and I often times throw in some Chinese, the only other foreign language I have studied), the cultural understanding I have gained from this course has been very informative. Last week we learned about Jantelagen—a cultural tradition originating in Denmark, but which today more widely encompasses Scandinavia and Sweden most specifically. Jantelagen, or the “Law of Jante,” regards personal accomplishment and success as life events that we accept but must not enjoy in a public manner. In contrast to loud, American displays of achievement, Swedish Jante dictates that Swedes must hide their accomplishments, refrain from bragging, and deflect praise from others. The “Law of Jante” puts people in their place and disallows hierarchies. Its reach in Swedish society is so all encompassing that it extends to the royal family, who no longer wear crowns and instead focus on serving Sweden through international relationships and by acting as cultural pillars for the population—without taking up too much of a spotlight.

What I learned from Jante is that it promotes social equality. Barring the rich and powerful from displaying their wealth and lording their success over others, Jante guides the population towards humility and common ground—no one is above Jante.

While Jante acts to suppress some, it also manages to elevate others. Regardless of their individual accomplishments, all Swedes are deserving of certain things. Maybe here I had found a cultural difference—a piece of a complex puzzle—capable of beginning to explain the vast political differences between Sweden and the United States. In the United States, we praise the rich and powerful for their accomplishments and allow for their displays of social standing and wealth, all while hoping to be like them someday. Those people worked hard, those people deserve what they have, and if we work hard, we will also deserve the things they have. Maybe this is why in the United States so many people see social services such as health care and a living wage as rewards and not rights. In a world where not everyone is ruled into submission of humility, not everyone is equally entitled to certain rights. Maybe we’ve got things wrong in the United States: a place where accomplishment is paramount, and rights come afterwards.

A few weeks ago, I spent the night at a friend’s homestay. In the morning, I met her host mom, and we talked about my experience in Sweden thus far. She asked me about my apartment in the city, and my reflex was to gush about my new living space and its beautiful view of the northern part of the city. When I was done sharing my love for my new place, my friend’s host mom smiled uncomfortably but did not have much to say. My American tendency to boast—even about something that isn’t mine—had led me to an uncomfortable position in the conversation. I backtracked—“but, it’s been getting really cold because I think the windows are a little old and drafty,” was all I could come up with. Jante has not quite become natural to me yet, and in that moment, I realized how important it was in Swedish society. Jante is not just something we read about in class—it is entirely real. In conversations since that day, I have learned to filter my words a little more carefully.

What Jante allows for—and which American boasting leaves out—is the recognition of opportunity. Being praised for excellence in school, Swedes deflect compliments by pointing to their teachers, parents, or communities. They’re right! Excellence in school is not the accomplishment of just one person rising from the crowd without any assistance. Instead, it is the result of successful parenting, teaching, and community support.

I think that the United States could use a dose of Jante. Some Swedes would argue against Jante, citing the booming development of companies and ideas in the United States as compared to Sweden. However, there are more subtle details that need consideration. Grounded and humble citizens care for their neighbors and the people in their country who need an extra boost to see equitable opportunity. It isn’t about me and my ability to excel. Instead, it is about me, the people who supported me, the neighborhood I was born in, the neighborhood my mom was born in, and so many other factors that brought me to this place. Perhaps a little bit of Jante is what we need for some perspective instead of blinding, self-focused praise.