My life has been marked by an intersection of Romanian and American culture since I moved to the United States more than a decade ago. Throughout the years, I have in turn shunned and embraced my Romanian side in a lengthy struggle to understand how my immigrant experience can be integrated in the fabric of America. However, as my accent in English faded and as I learned American social norms, I became progressively better able to blend in with those from families who had been American for generations.

My status as an Eastern European immigrant is something that I can easily ignore because of the privilege of being a white immigrant who has quite easily assimilated into American society; since discrimination toward immigrants is almost entirely levied at immigrants of color, I have never been confronted by biases based on my dual nationality. In fact, I am even periodically met by a kind of fascination for having emerged from the country of Dracula. Therefore, I have been able to shape my understanding of what it means to be Romanian solely based on what I have learned from my family, and I did not expect to dissect this identity while studying abroad.

The first time in a long time that I regretted affirming that I was Romanian was during my first week in France while I was speaking to a fellow international student from Germany. After I answered his question about where I was born, a strange look crossed his face as he forced a smile. “I don’t discriminate; I love everyone,” he exclaimed hurriedly. His response took me aback, and I began to wonder why he believed that I need an assurance that he would not look down on me. While said in passing, his comment spurred me to contemplate what piece I was ignorant of in the puzzle of Romanian identity.

This strange sentiment reappeared when I researched Paris before visiting. I came upon countless articles about Romanian thieves and beggars roaming its streets, and I was taken aback by such a negative portrayal. When I did visit the city, I could, in fact, understand many of the people who begged in the streets when they spoke to each other because they were Romani, a marginalized ethnic group that is very populous in Romania. It was jarring to me that most of the times I heard my mother tongue in Paris, it came from Romani Romanians who were travelers like me but who lacked the opportunity to be tourists. While I traveled for pleasure, many who shared my nationality traveled out of necessity, bringing their children with them to beg on the streets in an attempt to find a better life.

After the internal conflicts that I experienced in Parisian streets, the next landscape that confounded me was the hallway of a hotel in southern France. After hearing mainly French and English in the streets of Cassis, I returned to my hotel and began to hear whispers of Romanian drifting through the hallway. An entire team of Romanian maids were murmuring to each other during the gaps between passing tourists. I learned later that Romanians often serve as maids and house cleaners for hotels and families in Western Europe because they find better opportunities there than they can attain in Romania.

While I travelled more in Western Europe and began to understand its dichotomy with Eastern Europe, the initial remark that the German international student made began to make sense. He had assumed that I knew the Western tropes of Romania and of Eastern Europe at large, and he had tried to dispel the stigma that he believed I felt toward my nationality. I had always known that Eastern Europe has had difficulty in shrugging off the remnants of communism’s effects, and Romania in particular struggles with slow economic progress, traditional social views, and corruption scandals. However, I had never personally related to these problems because my definition of Romania revolves around the small slice of culture that my family has preserved in the United States.

I am in a way grateful for the discomfort that I have sometimes experienced in Europe because it helps me to analyze on a more intimate level the values that I hold dear about being Romanian and the areas of fragility that I hope the country can overcome. This uncomfortable introspection has provided me a more comprehensive understanding of my origins and of the identity that I claim. 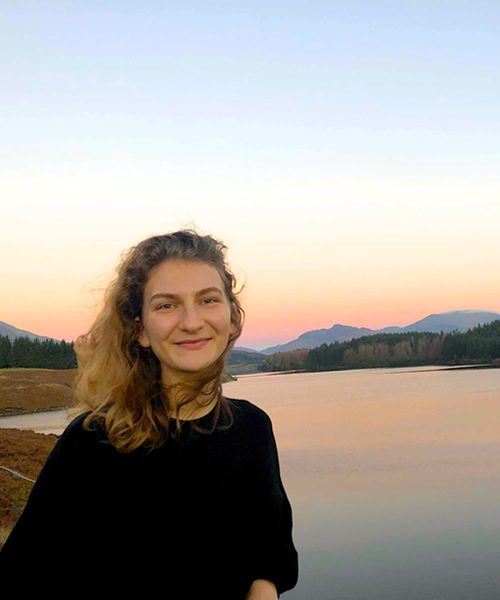