El Salvador: How to Break the Cycle of Violence?

Smiling, seemingly relaxed, he comes to greet me in the small and sunny patio. In a brief moment, we both hesitate whether it will be a “fist-greeting” or a handshake. “Roberto” (a pseudonym), I have been told in advance, used to be a feared leader, high up in the hierarchy of one of the terrifyingly powerful gangs of El Salvador. I was also told that he had been to jail for 10 years. There, he had met Wilfredo Gómez, once a gang member but now a converted evangelical Christian and pastor of a small congregation. Well, more than a congregation, in fact. Made up by ex-pandilleros like himself, Pastor Will’s congregation Huellas de Esperanza (Traces of Hope) provides assistance to and space for those who would follow his trajectory: to break with gang life and seek reintegration into a civil, law-abiding, and peaceful life.

Not an easy decision to make. Even more difficult to carry out in practice. Hence, I meet Roberto and Pastor Will in a halfway house, where around 30 former inmates and convicted gang members from four different gangs temporarily live. After El Salvador’s president Nayib Bukele announced a state of emergency on March 27, 2022, in order to crack down on the increasing gang violence in this small nation, their house in fact became a hiding place.

Roberto and Pastor Will vividly and soberly lay out the impossible situation in which they find themselves. Of course, their former gangs as well as enemy gangs are pursuing them, accusing them of treason or unpaid debts. The authorities also seek them out, despite the fact that they have been convicted and have paid their dues.

When announcing the state of emergency, the president gave himself, or the police, a free hand and unlimited authority in capturing and condemning to up to 40 years of prison whomever they consider suspicious of asociación ilícita (illegal association). This slippery term can conveniently be used to criminalize just about any kind of relationship, justifying mass arrests, the cordoning off of neighborhoods, and house-by-house searches. Consequently, many in civil society and even their families are fearful of these tattooed ex-gang members. Being associated with them can get you arrested, with no assurance of due process.

“Not even the churches dare to invite us,” Roberto complains, “even though we have repented our sins and evil deeds, and been washed in the blood of Jesus. How can we get access to a new, normal life? Only God can help. That’s our faith and hope.”

It is urgent to find political means to reintegrate people like Roberto. Legally, it seems there is no way out of a gang membership. During the recent years of waves of violence, politicians and authorities have at times promised that there would be not just the mano dura, the firm hand, but also the mano extendida, the extended hand. But now, the hard line clearly has the upper hand, and it seems to have popular support.

In 2019 Bukele, the former businessman and mayor of San Salvador, was elected president with a 52% majority, giving him a strong mandate. Since then, he is gradually taking full control of the parliament as well as the judicial institutions. His non-ideological “punitive populism” is as unpredictable as it is increasingly undemocratic. Polls show that many people are content with the extreme measures adopted by the president. An inquiry published by the Instituto Universitario de Opinión Pública on May 25 showed an 80% approval rate among Salvadorans. It also showed, however, that many admit to not knowing the legal implications of the state of exception. Among those approving, 40% also fear the measures taken and say the government should seek other measures to combat crime.

The current situation is indeed critical. The U.N. Human Rights Office has stated that the measures taken by El Salvador's government to rein in gang violence violate international human rights law. The police themselves report that they have arrested up to 35,000 people in less than two months.

A prominent Salvadoran church leader told me that he finds repression now even worse than during the civil war in the 1980s, when he personally experienced captivity in the hands of death squads. “Nowadays, essentially there is no opposition,” he said. “There seems to be no alternative. No one dare to speak out. Even the churches stay silent in face of human rights atrocities and widespread fear.”

Arresting thousands of mostly young people each week, there is no doubt that many innocent people are paying the price for the president’s need to show strength. Whereas the president himself boasts about only 1% error, the rector of the highly independent and respected Jesuit Universidad Centroamericana José Simeón Cañas (UCA), Andreu Oliva, affirms that among the arrested there are without doubt “a great number of persons who have no links to the violent groups.”

What the excessively violent and unconstitutional action from the government does, according to Oliva and various civil society and human rights groups, is little more than nurture more violence.

The deep and long-term problem is, of course, that if there is no way out of the gangs, it will be impossible to fight them. Once a gang member, always a gang member. Besides its motivational force, this may be one of the virtues of a very public and radical religious conversion such as the one expressed by Roberto. It is a public testimony to a clear-cut and decisive break with the past.

“Are you scared?” I ask Roberto, knowing full well that he and his former colleagues are, indeed, all self-described tough guys.

“Of course, one cannot but worry about what’s next,” he responds. “We dare not leave the house in this situation, so days are boringly long and the uncertainty is disturbing,” he continues, eagerly examining some of the new games and jigsaw puzzles on the table. “But what can we do, other than pray, wait, and work for a change?”

That their spirituality is not just empty words is demonstrated when, some 20 minutes later, I am discretely on my way out to the busy street outside the gate. By now, Roberto and a few others have thrown themselves into an intense prayer in the living room, expressed in shouts, whispers, and strong gestures of kneeling, stretching out arms, and hiding face in hands. The scarred, tattooed bodies of the participants in this unfamiliar and unconventional liturgy makes it an impressive sight.

Only a few days later, it became clear that Roberto and Pastor Will’s worries were tragically well-founded. The halfway house with its congregation was raided by the police, and everyone except Pastor Will detained and taken away to unknown places. Salvadoran prisons are notoriously overcrowded, underequipped, and indeed unsafe places for any inmate—not least, these converted ex-pandilleros.

Gang violence is no doubt a curse for society. It must be stopped. Unspeakable acts of terror are committed daily in a cycle of violence that dehumanizes all who are caught in it. People have reason to be scared. Although the figures are contested, some claim that there are up to 60,000 gang members in El Salvador, a small nation with only 6 million inhabitants.

Brave voices within churches, human rights organizations, independent press, and civil society continue to call for alternative approaches to break the cycle. Justice is needed but also realistic and credible ways back to normal life, to reintegration and reconciliation—the aim of precarious initiatives such as that of Pastor Will. In the long run, these voices firmly maintain, only re-humanizing the violators can really protect the well-being and dignity of their victims, and thus re-establish a peaceful society for all citizens. 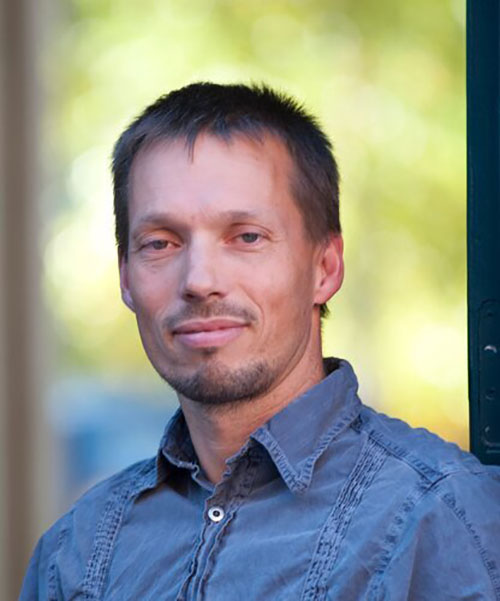 Sturla J. Stålsett is Professor of Religion, Society and Diaconal Studies at the MF Norwegian School of Theology in Oslo, Norway. Prior to this position he served as, among others, general secretary of the Oslo Church City Mission, associate professor and research lead on “Religion in a Globalised Age” at the University of Oslo, and consultant and regional representative for Latin America at Norwegian Church Aid. He is also an ordained minister of the Church of Norway. He has published a number of academic books and articles on social work, development, and the role of religion and theology in society and global politics. Dr. Stålsett served as the chair of the Norwegian Association of NGOs (2013-2017) and leader of a government-appointed commission on the policy of religion and belief (“Stålsett-utvalget”, 2010-2013). He holds a doctoral degree in theology (Dr.theol.) from the University of Oslo, where he focused on Latin American liberation theology. His most recent book in Norwegian is Det livssynsåpne samfunn (2021).