I have a confession to make: after almost five months in England, there are still times when I can’t understand what my classmates are saying. Yes, they speak English—and so do I—but there has been more than one embarrassing occasion in which I’ve been unable to decipher certain accents or define a particular colloquialism and either had to ask for clarification or (if it was during a seminar) simply nod and wait for someone else to respond. Even when I can easily understand, there are layers to people’s speech that I, as an outsider, don’t pick up on, in the form of regional accents.

My first conversation about this happened with a friend from Cambridge, who asked if I could pick out the differences in speech yet. When I said that I sometimes could, but that I couldn’t place them once I heard them, she tried to explain. Starting off with the (perhaps biased) comparison that the "classic" British accent—the one I’d be familiar with from Hermione Granger, for example—was used by those from the Cambridge area. The treatment of vowels indicated much more than I had been able to spot, she told me; this was obvious to spot when she introduced me to her friend from Liverpool, but a bit harder when she tried to point out the differences between her own accent and that of a classmate from Buckinghamshire.

Even as I’m preparing to leave England, I still usually can’t match places to sounds, though some are more obvious than others. My classmates can generally identify fairly quickly the general area where someone is from, gaining more information from an introduction or a short conversation than I can. This information, however, can be problematic, as class-based assumptions come with certain regional pronunciations and terms. While these haven’t played out in my own classrooms, they do shape certain ways in which people have historically and continue to interact throughout the country.

Received pronunciation, sometimes referred to as “Queen’s English,” is perhaps the accent most commonly reproduced in international media representations, and is considered region-less. This “posh” way of speaking indicates private education—and the financial resources to afford it. In business, law, academia, and other fields, this tends to be considered the most professional and “correct.” Contrastingly, prominent regional variations such as Geordie (from Newcastle upon Tyne) or Brummie (West Midlands) have historically carried perceptions of being less educated and less intelligent, as well as deceitful and untrustworthy. For this reason, modifying speech in professional settings to more closely match received pronunciation was not uncommon, even among people who still maintained their regional variations in familial situations.

However, changes to the educational system have in some ways begun to unravel this linguistic hierarchy, which I think may have something to do with why I haven’t noticed any overt language bias at my university this spring. As higher education has become more accessible to larger percentages of the population in the last few decades, interaction between people from different regions has increased. While this is not the case at all universities, it has led to regional variations in speech becoming more of a conscious choice for some; defaulting to received pronunciation is not always necessary. Media has played a role in this too, along with education. Though the British Broadcasting Corporation used to adhere strictly to “Standard English,” greater variety has been introduced to appear less elitist, reversing the standards of accent hierarchy.

Many settings remain that require adherence to a “posh” way of speaking. While ways of speaking certainly still carry connotations, accents seem to be becoming less stigmatized as people use them to preserve their regional identity and ties to their hometown, rather than attempting to erase all traces of them. 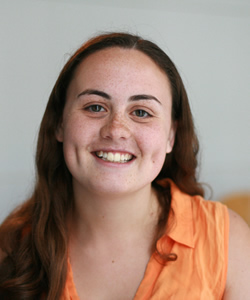 Liz Teitz graduated from Georgetown College in 2016 with a major in American studies and a journalism minor. Originally from Rhode Island, she spent the spring 2015 semester taking media studies courses at the University of Sussex in Brighton, England, United Kingdom, and blogged for the Junior Year Abroad Network.