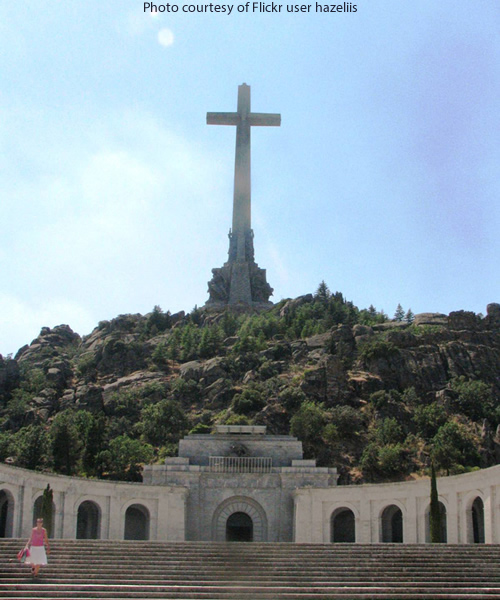 During the Second Vatican Council, American bishops and theologians played a decisive role in drafting the historic declaration Dignitatis humanae on religious freedom. American Catholics had become increasingly persuaded of the Church’s urgent need to openly endorse religious freedom as a human and civil right. They had done so primarily because they had experienced firsthand liberty’s advantages with regards to the Church’s development in the United States.

However, American Catholics had also been continuously challenged by their fellow Protestant and secularist countrymen, who pointed out the inconsistencies in their feelings about freedom and the Church’s official teachings. In this context, during the 20 years that preceded the Second Vatican Council, American discussions on religious freedom and church-state separation were often confronted with the situation of religious minorities in the officially Catholic Francoist Spain. News about Spanish religious intolerance thus became part of the discussion about the “Americanness” of the Catholic religion.

Franco’s regime and the Catholic Church had established a strong symbiotic relationship. The Catholic Church, especially its hierarchy, owed to the rebels its very survival from the genocidal persecution that it suffered from the Republican side during years of war. And the insurgents owed to Catholicism a mass mobilization without which it would’ve been hard to win the war and to legitimize Franco’s victorious regime. Such a Catholic regime could not recognize religious freedom because, according to traditional doctrine, those in religious error had no rights, and it was the (Catholic) state’s duty to guarantee society’s religious unity. The matter was not new and had been heatedly discussed for decades in Spain. Without religious freedom, Spain could not be considered a modern, liberal state, but with religious freedom, there was no more Catholic unity and the national identity of Spain would be lost.

A halfway solution was toleration for private worship. That was the solution found in the long-lasting Constitution of 1876—not without angry protests both from the Catholics who demanded full intolerance and from the liberals who advocated for complete liberty. And, interestingly, it was the solution chosen by Francoism in 1945. That year, some weeks after Victory in Europe Day, the Spanish puppet Parliament enacted the Fuero de los españoles, a kind of Bill of Rights for Spanish citizens. Nobody inside Spain expected religious freedom, but the more intransigent resented that a limited tolerance was permitted. At the end, the Fuero’s article six was an uneasy balance between the requirements of the fundamental symbiosis discussed above and, on the other hand, the need to ingratiate foreign powers.

As a matter of fact, the Spaniards who could actually enjoy this tolerance were very few. The religious question in modern Spain had been between believers and non-believers, not among different denominations. Therefore, there were no more than 30,000 Protestants in a Spanish population of 25 million, and even fewer Jews and Muslims. Spanish Protestants, of course, aimed to gain full religious freedom, but, above all, they feared that their situation could eventually worsen. Thus, they knew very well that their only chance was to make sure that foreign audiences were aware of the outrages that from time to time they used to suffer, either at the hands of state officers or zealot individuals.

This way, news from Spain broadcast in the United States fed the anti-Catholic discourse that questioned their loyalty to the Constitution. Reasonably, it could be argued that American Catholic endorsement of religious freedom and church-state separation was no more than a misleading maneuver, a useful strategy while they remained a minority, but that their ultimate goal, once enough powerful, was achieving a Catholic state like Spain. Moreover, unpleasant news from Spain could not come at a worse moment.

Besides the fact that the United States government seemed to have forgotten Franco’s friendship with Hitler and Mussolini and had approached him as a potential ally in the Cold War, the so-called Catholic question had again made headlines at home in the late 1940s and early 1950s. In 1947, the Supreme Court declared that public financing programs that benefitted parochial schools did not infringe upon the First Amendment (Everson vs. Board of Education). Unsurprisingly, a heated controversy burst, propelling events such as the creation of the influential advocacy group Protestants and Other Americans United for Separation of Church and State or making Paul Blanshard’s American Freedom and Catholic Power a real bestseller. The tide seemed to ebb during the mid-1950s, but it vigorously resurged when John F. Kennedy started his race for the White House.

Although American Catholics, at the end, were well convinced beforehand that religious freedom was right and that it was desirable for all people, not only for the United States, this nasty climate of hostility created stronger incentives for striving for a new Catholic approach during Vatican II discussions. Interestingly enough, Dignitatis Humanae, as well as all the revolutionary changes of the Second Vatican Council, drove a profound change in the Spanish Catholic Church, which steadily detached from Franco’s regime—especially the younger clergy. The symbiosis was over, and with it the primary legitimation of the regime.

Unintendedly, Spanish Protestants and American Catholics made their contribution not only to the cause of the religious freedom in Spain, but to the cause of Spanish democracy as well.