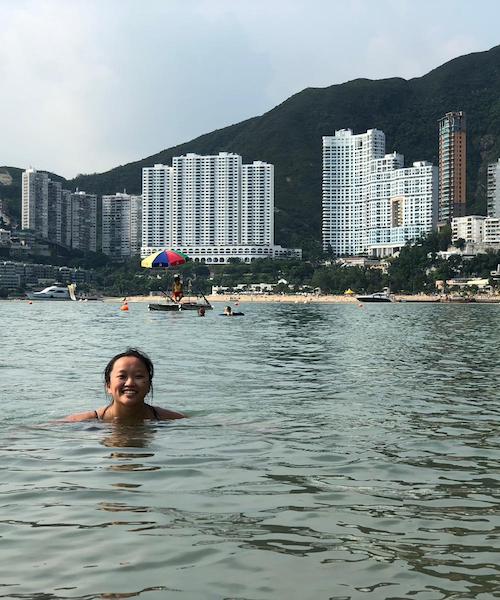 Whenever somebody hears that I am adopted, they are always curious about the same thing: What was the talk like when your parents told you that you were adopted?

And I have always had the same answer: We never had a “talk”; I always knew that I was adopted.

See, I was adopted from China and raised by two parents with one older sister, all of whom are Caucasian. Even with child’s eyes, my brown skin and even darker hair could never be mistaken for coming from the same place as my sister’s pale skin and light hair. As such, looking different was woven into my understanding of family and belonging. It taught me that family comes from those who give you protection and love through every trial that life throws at you and not from having the same looks. Looking different became a part of my life.

It was only when I was walking through a cafeteria on my second day in Hong Kong that I realized what looking differently had meant to me all these years. As I passed by table after table of people who had the same almond-shaped eyes and hair color, I felt a comfort that I never felt at any crowded space in the United States. I realized: I had been a carrying a weight with me that caused me to overthink almost every interaction I have. It’s a weight that causes me to ask myself at parties whether people will find me as attractive as the girl next to me who has fairer skin. It manifests as that little voice in the back of my head that tells me no matter how packed the street is, I will stand out. It’s that nervous feeling I have right before I look at a group photo because I’m worried that it will look as though my eyes are closed compared to everyone else’s. While I had always been aware that I was different, I had never realized that this awareness had manifested into a weight I carried with me everywhere.

Being around people who look like me, I feel a new type of strength coming back to me. It’s the type of strength that’s hard to explain to someone who has always had somebody nearby who looks like them. In Hong Kong I feel empowered because for once, I am in the majority. I am no longer outnumbered.

And yet, I cannot fool myself into thinking that I totally fit in. While walking down streets feels comfortable now—anonymity is finally a choice I can choose—the minute I open my mouth to buy something the local Two Dollar Store, I feel all that comfort disappear as I feel myself grasping desperately for the right gestures to convey what I need to the person behind the corner. As someone who prides herself on her ability to have a conversation with anyone, I have found myself eating at McDonald’s and ordering at the self-serve kiosks in order to avoid trying to articulate my food order. I regret doing so immediately because on one hand I know there is something to be learned from every human interaction and because on the other I know the discomfort that I would feel trying to communicate my order is far less than the discomfort my stomach feels after eating McDonald’s.

Yet, I feel most out of place when someone begins speaking to me in Cantonese, assuming that I speak the local language. Especially in the touristy areas, shopkeepers assume that I speak Cantonese not just because we are in Hong Kong, but because my face tells them that I should. Sometimes I nod and try to understand through contextual clues because when I open my mouth and respond in English, I once again feel different. Full circle.

When I first came to Hong Kong, I was surprised by how much I felt as though I belonged. While I still feel lighter walking down the street and knowing that I don’t look different, after spending just a little time in the city, I am reminded that even here, I can still stick out. Only here, it takes a little more for me to be revealed as different; it takes looking past my cover and into my pages to understand that I’m not like everyone else. It leaves me wondering whether there will ever be a place where I don’t feel as though I am different or whether that weight is just something I am destined to carry.