French Muslims and Clashes over Secularism and Feminism

France drew the attention of the world last spring when its National Assembly outlawed the wearing of the “full veil” in public spaces, a law targeting the niqabs worn by a tiny minority of the millions of Muslim women living in the country today. The law’s proposal and ensuing public debate reflect an ongoing tension between the French Republic and its Muslim inhabitants, the largest such population in Western Europe. The bill’s most vocal supporters, who ranged from those on the far-right to the Communist Party parliamentarian who crafted the bill, portrayed the debate as one between longstanding French egalitarian and secular values on the one hand, and communitarian foreign practices that are incompatible with the Republic on the other.

“We want to ensure that Islam is compatible with the Republic,” the bill’s prime supporter Andre Gérin said in defense of the bill. “We also want to characterize in a precise manner the ideology that’s behind all of this. Because the full veil isn’t a religious symbol, it carries political significance.”

Others argued that the law was about upholding another apparent pillar of the Republic: women’s rights. In defending the Socialist Party’s decision not to vote against the law, Jean-Marc Ayrault explained, “I think for a large majority of French people—whether they’re Catholics, Jews, Muslims, or atheists—the wearing of the veil is a regression with respect to our values, with respect to the dignity of women […] To affirm this serenely, respectfully, with regard to all religious convictions, is a normal act in a Republic.”

These two arguments appear pretty frequently in French public discourse; they’re claims that were also employed when the government famously outlawed Muslim prayers in the streets of Paris in 2003, or when a special presidential commission decided to outlaw the wearing of the hijab in public schools. Proponents of these arguments claim (in good faith or not) that they’re not discriminating against Muslims: they’re simply upholding the secular and feminist values that are dear to the French Republic. Certain religious symbols and practices, whether Christian, Jewish, or Muslim, have an inherently political significance, which isn’t always compatible with republicanism. On the surface, such arguments have historical legitimacy, mainly due to the laïcité that is so deeply ingrained in the idea of the French Republic.

When the Prussians crushed the forces of Louis Napoleon’s Second Empire in 1871, the Third Republic was formed, without a parliamentary majority of republicans. The intensely divided monarchist and Bonapartist factions outnumbered the minority republicans. As the well-organized republicans argued at the time, one needed to “make republicans.” The republicanization of France was impossible without first taming the political power of the Catholic Church, which was allied with conservative and reactionary forces that aimed at restoring the monarchy.

The political struggle between republicans and their conservative opponents culminated in the famous Dreyfus Affair, which pitted an unjustly condemned Jewish military captain and his liberal backers against anti-Semitic, largely Catholic, and anti-republican forces. Dreyfus was ultimately declared innocent in 1906, and the concept of laïcité was enshrined in the law of 1905, which formally separated church and state. After this point, conservatives and Catholics generally accepted the legitimacy of the Republic.

It’s undeniable that laïcité is integral to the history of the Republic. Large numbers of the current political elite, however, are attempting to appropriate the concept in order to justify policies dripping in Islamophobic and racist undertones. In doing so, they imply seriously unwarranted historical parallels. Unlike in the late nineteenth century, when the Church was practically synonymous with hostility toward the Republic, French Muslims are not allied to any kind of organized anti-republican political force. It is almost comical to have to point this out.

And, of course, unlike their Abrahamic brethren more than a century ago, Muslims are a religious minority in France. Public displays of religious identity were often used to imply opposition toward the Republic, but to pretend that they still do so today is a gross confusion of national myth and historical reality. It’s important to remember that the expression of Muslim identity in contemporary France is largely a cultural statement, not an anti-republican one.

Additionally, the equation of respect for women with republican values is historically dubious. France didn’t grant women the right to vote until 1945, just after liberation from Nazi occupation. In short, deputies who preach France’s feminist values are mostly drawing from myth. One would imagine that the average French woman would have more enlightening things to say about the state of women in the country than the predominately male political class.

The debate over the veil has largely subsided. Yet it’s so intriguing because it typifies a narrative that paints the problems of Muslim integration as some kind of deep cultural impasse. This isn’t to say that there aren’t any cultural differences between Muslim immigrants and secular city-dwellers, but focusing exclusively on these differences masks the very real social and economic factors that are at play. The integration of Muslim minorities in France is a deeply complex issue that won’t be solved without first addressing the economic question: the majority of French Muslims are immigrants who tend to be poorer than non-Muslims and non-immigrants. Conflating this socioeconomic fact with an array of cultural polemics is both counterproductive and discriminatory. 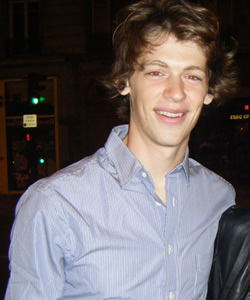 Cole Stangler graduated from Georgetown's School of Foreign Service in 2013 with a major in international history. He participated in the Berkley Center's Junior Year Abroad Network while studying in Paris, France during the fall semester of 2011.
comments powered by Disqus