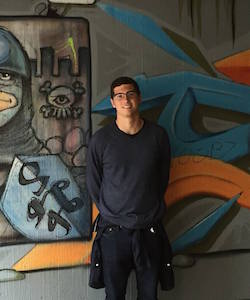 I am a big believer in the benefits of listening to music when trying to learn a new language. If you find the right artists and songs, you can learn a lot about a new culture or subculture while picking up on slang and popular references. Thanks to Spotify and some good recommendations from friends here in Paris, I have become intrigued by French rap and its role in French society.


Most French rappers have roots in the Caribbean or North or West Africa, regions colonized by France during its imperialist phase. Many are of the Muslim faith. In many cases, these rappers come from disadvantaged banlieues, the projects outside of France’s major cities which are by and large the most common destinations for immigrants. Artists often rap about life in the banlieues marked by crime, violence, gangs, and the drug trade. They also confront the social injustices these communities face, such as a lack of economic opportunity, racism, and Islamophobia, which make it difficult to integrate into mainstream French society—that is, if these artists wanted to integrate, which is not always the case.

French rap has become an important channel of discontent, frustration, and anger for these communities. It is uniquely capable of peacefully transcending the isolation of the banlieues and garnering attention in the mainstream French media.

My friend recently introduced me to Kery James (en.), a French rapper particularly known for taking on controversial social themes in his music. In his song “28 Décembre 1977,” he recounts his life story. He raps about being born to Haitian parents in Guadeloupe, an overseas department of France, and moving to France with his mom, where they lived in the poverty-stricken banlieues south of Paris. He writes about leaving gangs and the drug trade by focusing on his music and, most importantly according to him, converting to Islam.

Since his conversion, James has taken more and more care to rap about the place of Islam and minorities in French society. Here are a few lines from one of James’ most socially-charged songs (the French version is available here):

“Lettre à la République”
In economic crisis, you need a scapegoat,
And all your strikes target Muslims
I’m not afraid to write it: France is Islamophobic.…
You treat us like less than nothing in your public channels
And expect us to shout: Vive la République!
My respect is abused in the country of human rights
It’s hard to feel French without succumbing to Stockholm syndrome
I’m black, Muslim, from the streets and proud of it.
When you see my face, you see what the other France hates
These are the same hypocrites who speak of diversity
Who are racist under the cover of laicité [secularism]
And dream of a France with only one identity.

I admit it’s hard to appreciate the depth of the lyrics without listening to the song in its original language, but you can see how anger and frustration flows throughout James’ lyrics. He is not, however, an extremist. He has routinely published posts on social media, like this one (fr.), after terrorist attacks in France, condemning extremism and warning against its evils. He has even started community organizations that promote education in the banlieues.

James is still, no doubt, a provocative figure. Pundits like Raphaël Enthoven from France’s popular channel Europe 1 have accused James (fr.) of promoting a worldview that leaves little room for reconciliation between French minority communities and mainstream French society, and treating each as a separate and distinct entity.

For someone completely new to the French rap scene, it’s exciting to go beneath the surface and dive deeper into the social commentary present in French rap. It’s also encouraging to see how music can be an effective and peaceful medium for activists, especially considering France’s history of riots (en.) in the banlieues, one of which (en.) occurred just last week.

I’m looking forward to discovering new artists during the rest of my time here this semester. If you have any suggestions, comment below!

P.S. If you want to learn more about Islam in French society, check out my first blog article here.