Before arriving to Argentina, I was warned that I was going to face a culture of machismo, one where traditional gender stereotypes are perpetuated and women are deemed inferior. However, I have found that the reality does not match my preconceived notions after several months of living here.

The macho culture is rooted in a man’s responsibility to provide for, protect, and defend his family. The idea that the man is the primary breadwinner and the woman is a housewife, however, is no more applicable here than in the United States. In fact, after speaking to my host parents and many of my friends about their host families, I have noticed that the traditional family of a husband, wife, and their children seems much less the norm here than in the United States. For example, my host parents have been living together for the past eight years; both work and are financially independent but have never felt the need to be married. Moreover, many of my friends are living with single-parent families, usually with a successful woman supporting her family by herself. Therefore, the notion that women are financially dependent on men and reliant on them to support a family simply has not been true in my experience of Argentina.

The recent feminization of immigration also subverts this image of the man as the sole earner of a family. More and more, immigrants to Argentina from its surrounding countries are young women who find employment in domestic work. These women usually leave their children in the care of their grandmother and send money home to support their children until they eventually make enough money to have the family reunited in Argentina. In such a scenario, women both physically and financially care for the family.

To me, there is no better example of strong women protecting their family, as well as what they believe in, than the Abuelas de Plaza de Mayo or Grandmothers of Plaza de Mayo. During the military dictatorship of 1976 to 1983, thousands of political dissents disappeared. Their children were either born in captivity or taken from them and given to other families. Thus, these children grew up never knowing their true identity or that of their parents. The Abuelas de Plaza de Mayo is a group of grandmothers whose mission is to investigate the disappearance of their grandchildren in the hopes of finding them and reuniting them with their true family. In doing so, they are also actively fighting for a political cause and have ingrained the woes of the military dictatorship into Argentina’s collective memory. These women are anything but submissive, meek, and mild; they do not rely on men to defend their families but fight to protect the rights of their families with unparalleled ferocity and relentlessness.

I am not saying that macho culture and gender stereotypes are not prevalent in Argentina. Walking down the street, women face endless catcalls. Despite the fact that the president of Argentina, Cristina Kirchner, had a longer political career than her husband and was a senator before he was ever president, her success is usually dismissed and attributed solely to the fact that she was the wife of a successful man. The relationship between feminism and patriarchy in Argentina remains tense, but it is definitely much more progressive than I was expecting when I arrived fourth months. 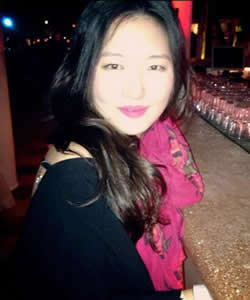 Natalie Lung graduated from Georgetown College in 2016 with a major in government. She spent the fall 2014 semester in Buenos Aires, Argentina and blogged for the Junior Year Abroad Network.