Girl in a Taxi

Getting from point A to point B in Amman is difficult. Unpredictable, often stand-still traffic, “broken” meters, aggressive taxi drivers, and the illegality of Uber all mean that you often find yourself late, overcharged, and frustrated.

Getting from point A to point B is even more difficult, however, if you happen to be a woman. The Jordanian cultural norms regarding taxi travel and street behavior were laid out explicitly to us in our program handbook and during the first days of orientation: women should avoid taking taxis alone and women should NEVER sit in the front of a taxi unless there are four women traveling together. Furthermore, women should never smile at men on the street, for it is often perceived as an invitation.

Nothing has quite defined my time here in Amman as much as coordinating transportation with classmates to avoid taking a taxi home alone. This has been frustrating and in many ways constitutes a total loss of independence. After taking a taxi alone once and having a particularly uncomfortable experience, I was guilt ridden, chastising myself for having the “audacity” to go home alone, questioning if my smile upon entering the taxi was a violation of a cultural norm that warranted the harassment.

Even in groups, however, I am often asked about my marital status and other inappropriate personal questions or invited on weekend trips to the Dead Sea to “practice Arabic.” There is of course a fine line between awkward flirtation, Jordanian hospitality, and overt sexual harassment. Often the lines are blurred, leaving plenty of room for unease and guilt.

The harassment does not end when the taxi door shuts. Street harassment is ubiquitous and generally accepted as a fact of life. This harassment ranges from whistling and hissing to men calling out at passing women with crude phrases to sometimes following or physical interaction, such as grabbing a woman’s hands. The prevalence of street sexual harassment in Jordan has been explained to me as having its roots in traditional notions of public and private space. In this conception, men “own” the streets or public spaces, while women find their domain in the house, or private space. Some argue that sexual harassment is a way in which men assert their dominance over a public space increasingly inhabited by women in large numbers.

Although well-intentioned, it is often explained to young female students in Amman that the only way to really combat this harassment is to be accompanied by a male friend when going out. For example, during a trip to Aqaba, a port city in southern Jordan where street harassment is particularly egregious, the female students were made to walk in between clusters of male students.

I experienced the most paternalism, however, when two of my female friends and I were planning a trip to Cairo. It seemed everyone I talked to about the trip had the same response: “Just a group of girls? But you need to go with a man.” Upon my return to Amman when asked by a classmate how the trip was, I replied that Egypt was beautiful, but the level of harassment was certainly frustrating. (It is true that men continually referring to you as “Shakira” and actively trying to photograph or film you can sully the experience of visiting the city.) This classmate’s immediate response was “Oh, but you weren’t traveling with a man, were you?” as if the harassment was punishment for three young women who were bold (read: stupid) enough to travel to Egypt without a male chaperone.

The problem with this band-aid solution to harassment is that men always have the power; it is simply a difference in how they use that power. They may use it to defend you or they may use it to harass you. It is the ultimate gamble, and nowhere has that gamble been more real to me than when I step into a taxi. This power dynamic is equal parts infuriating and infantilizing, but it is important that I acknowledge my relative privilege here in Jordan regarding sexual harassment. This power differential is even more pronounced for more vulnerable populations of women, most notably refugees or migrant workers. These groups do not have the leverage of an American passport or protected status in Jordan if the harassment were to rise to a level warranting intervention from the authorities.

Last week in a taxi, a driver asked a group of my female friends and I in Arabic if we were all married. When we carefully responded no, he responded with an expression which may or may not sound slightly less ridiculous in the original Arabic: “Ah, so just some girls, then.”

It often seems that no matter where I am here, I am defined by my proximity to a man, whether when probed about my marital status or asked if I made plans contingent on the availability of a male chaperone. As long as temporary solutions to gender inequality and sexual harassment are viewed as viable alternatives to actually engaging in the difficult work of addressing the root causes of these problems, women will be continued to be viewed as “just some girls.” 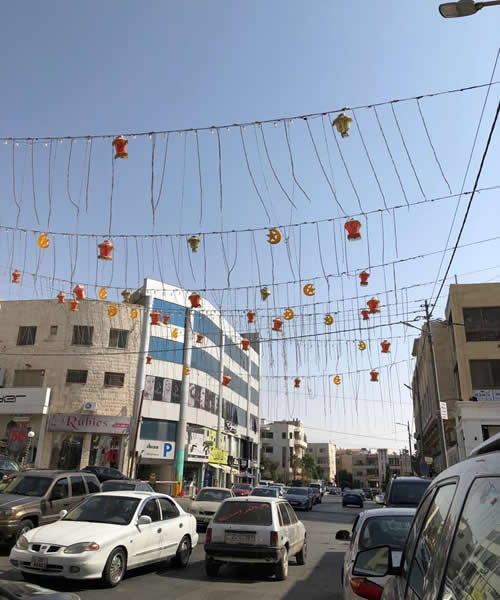